Black, White and Grey Markets: The Dynamics of Foreign Exchange and Remittances in Sri Lanka 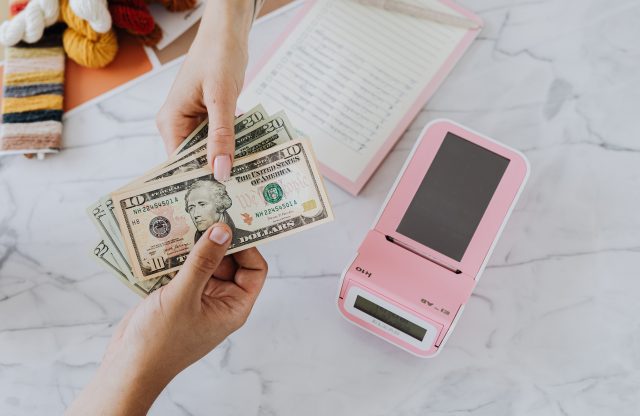 Written Ahead of International Migrants’ Day on December 18, 2021

Despite the pandemic and related difficulties in remitting, remittances to Sri Lanka had picked up by December 2020 to record year-over-year growth of 5.8 %, contrary to all expectations.

The reasons for such a quick rebound include catching up on postponed remittances, accumulated terminal employment benefits and savings-related remittances of migrant workers laid off due to the pandemic, receipt of counter-cyclical remittances from less frequent remitters and the shift from informal to formal channels. In the current context of the foreign exchange crisis in Sri Lanka, the latter is the most critical factor to focus on.

From Informal to Formal Channels

The fundamental reason for remitters to shift from informal to formal channels was the accessibility issue during lockdowns or limited physical operations. Similarly, the increased risk of informal channels may have encouraged the use of formal channels. With adjustments to operate under the new normal and easing of lockdown measures, it is reasonable to assume that the informal remittance channels may have also evolved to function during the pandemic. As such, the Central Bank of Sri Lanka’s (CBSL’s) Special Deposit Accounts (SDA), with its 1-2% higher interest rate and the LKR 2 higher foreign exchange rate for remittances channelled through licensed commercial banks (LCBs), were woefully inadequate to retain such recently converted formal remitters.

One of the key attractions of informal remittances is the relatively low cost, partly due to the more attractive exchange rate offered by informal channels. The recent movements in the official LKR/USD foreign exchange rate indicated high pressure towards further depreciation and the excess demand amidst the deteriorating supply of USDs within the Sri Lankan economy resulted in a wide divergence between the exchange rate offered by the LCBs – the white market, and non-bank but authorised money exchangers. The latter can be termed ‘the grey market’ because they are permitted to buy foreign exchange, albeit did at their own rate. The divergence was even more pronounced compared with those of the black market or kerb rate.

Figure 1 below indicates a wide gap exceeding LKR 25 across the different foreign exchange markets from July to November 2021. This gap created an opportunity for informal remittances exchanged in the Sri Lankan grey or black foreign exchange market to be more rewarding to remitters. The extra LKR 2 and the subsequent top-up to an extra LKR 10 offered by the LCBs paled in comparison! Finally, in early December 2021, those in the grey market were forced to adhere to the soft pegged LKR/USD 198-202 rate. As seen in the top panel in Figure 2, when the CBSL intervention stabilised the LKR-USD exchange rate, formal remittances to Sri Lanka shown in the bottom panel continued on a steeper decline in October and November 2021.

In 2021 various mechanisms were rolled out to access foreign currency available in the economy. In May 2021, the CBSL directed that LCBs sell 10% of inward worker remittances converted to the CBSL. In October,  a previous directive on the mandatory conversion of merchandise export proceeds was expanded to cover services.  The change also shifted away from a 25% limit, to converting the “residual” after utilising goods and services export proceeds.

The Attractiveness of Informal Channels

This latest update has resulted in much confusion. Though the CBSL indicated that this directive would not affect worker remittances, operationally, this does not appear very likely. A single Personal Foreign Currency Account (PFCA) may receive foreign exchange as worker remittances from a family member or a well-wisher and payment for trade-in services. The method of distinguishing the two types of inward remittances is still unclear to many. At the same time, many individuals have already received correspondence from commercial banks requesting to convert the funds in their PFCAs.

Amidst the confusion and effort to protect workers’ foreign currency earnings, more migrant workers are seeking informal channels to remit, while others refrain from or delay remitting. Yet others are diverting their remittances to accounts held overseas. Remittances are seasonal. As such, official remittances in December may increase. But it should not be prematurely considered an indicator of the success of the recent efforts to increase remittances or divert from informal to formal channels. The departures for labour migration during the first half of 2021 are a mere third of the pre-pandemic departures in the same period in 2019. Many migrant workers who return are unable to find foreign jobs and this depleted stock of Sri Lankan migrant workers is a weak base to prop up formal remittances.

Moreover, domestic economic hardship makes many migrants and families desirous of a possible extra return through informal remittance channels. As such, excessive regulations to clamp down on informal remittances may inadvertently create a breeding ground for even greater informal activities and black markets, thereby proving entirely counter-productive to the intended objectives.

Future efforts to increase remittances should not underestimate the resilience of informal remittance channels crafted along the centuries-old method of Undiyal or Hawala. Thus, instead of overly focusing on shifting from informal to formal channels of remittances, policies should mainly focus on ensuring a more realistic exchange rate. Similarly, it is important to encourage labour migration and trade-in services and their remittances.