Smoked Out: Why the Sale of Single Stick Cigarettes Must Be Banned 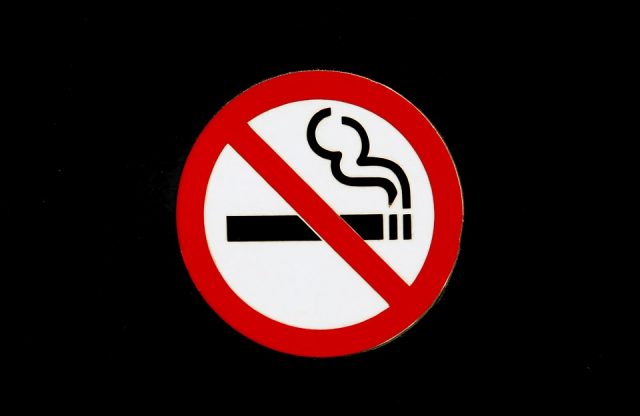 This month, the National Authority on Tobacco and Alcohol (NATA) announced the drafting of legislation to ban the sale of single cigarettes. It is a welcome move given that Sri Lanka lags behind 107 countries that have banned the sale of single stick cigarettes (see Figure 1). This is despite Sri Lanka being the first South Asian country and the fourth in the world to ratify the World Health Organisation’s (WHO) Framework Convention on Tobacco Control (FCTC) 15 years ago.

Single stick cigarettes are more affordable to youth and the poor

Studies around the world have shown that selling single stick cigarettes makes smoking more affordable for the underprivileged and minors who are unable to afford packs with 12-20 cigarettes. This increases cigarette consumption and enables low-income smokers to continue smoking despite price rises caused by increased taxes. In Sri Lanka, 1.5 million people smoke as much as 11 million cigarettes daily. Despite a ban on promoting and selling tobacco to minors, shockingly, more than 6,000 children in Sri Lanka (age 10-14 years) smoke cigarettes (3,700 boys and 2,600 girls).

Almost all smokers in Sri Lanka purchase cigarettes as single sticks, IPS research has revealed. The most popular cigarette brand in Sri Lanka, which commands nearly 80% of the market share, is sold as a single stick at Rs. 65, 12-pack at Rs. 780, and 20-pack at Rs. 1,300. This indicates that the affordability is higher when bought as single sticks. Moreover, a worker belonging to the lowest wealth quintile earns nearly Rs. 783 daily. Thus, they can buy a single cigarette for less than 10% of their daily wage.

Because cigarettes are more affordable as single sticks, it encourages initiation and experimentation among youth. As identified in the Annual Trend Survey on Tobacco and Smoking in Sri Lanka (2019), the majority of tobacco smoking initiation occurs in the age group of 18-20 years, which implies that the affordability of single sticks encourages youth groups to initiate smoking.

Single stick cigarettes also make it impossible to communicate the health warnings which are otherwise printed on the packs. In Sri Lanka, 191 men and 46 women die every week due to direct and indirect smoking. As such it is important to provide awareness among potential smokers on the adverse health effects of smoking.

The previous attempts to promote a ban on sale of single stick cigarette was not successful due to several myths.

According to one myth, a ban would reduce tax revenues. However, this has never been proved in any other country that has already implemented the ban. Besides, tobacco-related costs are higher than the revenue it generates, as smoking increases the risk of many non-communicable diseases (NCDs) such as cancer, heart diseases, and respiratory illnesses. As identified by an IPS study, direct and indirect costs of tobacco amounted to 6.1% of Sri Lanka’s government revenue in 2015; and it is a lesser amount than the government revenue from tobacco taxes in the same year (5.5%).

Another myth suggests that a ban will increase the consumption of local cigarettes (beedi). This trend was not observed in other countries, including Pakistan. Moreover, people who are addicted to the flavour and the taste of cigarettes would not easily switch, IPS research has shown.

Retailers receive a commission of nearly Rs. 1.20 from selling one cigarette while they receive the same commission for the entire packet. Thus, there is an incentive for retailers to sell cigarettes as individual sticks.

To be effective, the single stick cigarette ban should be implemented carefully. Experience from other countries shows that proper implementation of a single stick cigarette ban can be a challenge. Even once the policy has been adopted, implementation can be a challenge and requires attention. In Nepal, the Tobacco Product Control and Regulatory Bill was approved in 2011 but Nepal has been lagging in implementation. Pakistan is the only South Asian country that has banned single stick sales. In 2018, the Ministry of National Health Services and Regulations in Pakistan, in compliance with the federal Cabinet’s decision, banned the sale of loose cigarettes to minors and the sale of packets with less than 20 sticks. This mirrors the minimum pack size of 20, which is enforced in Australia, USA, Norway, and many other countries worldwide.

It is clear that Sri Lanka needs to implement the proposed ban on single stick selling and it should be one of the priorities of the new government. When implementing a ban, the introduction of an amendment to the country’s current tobacco policy is necessary in line with international best practices. The policy should, as in Australia, be devoid of ambiguities. The minimum number of cigarettes in one pack, as proven by international best practices, should be specified. Most countries have specified the minimum number of cigarettes in one pack as 20 sticks. In addition, it is important to counter myths relating to tobacco consumption and revenue among the general public.