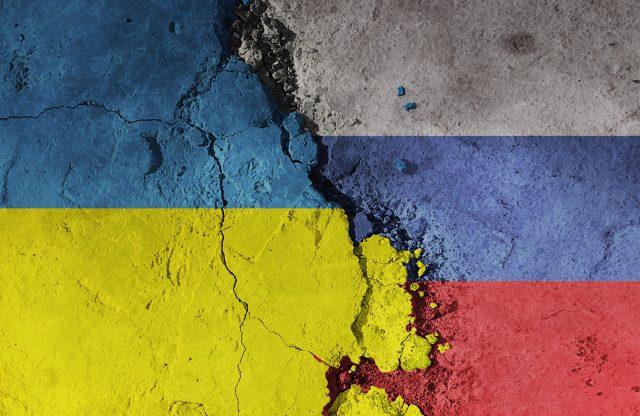 The initial disunity in the West on cutting off Russia from SWIFT-a global financial telecommunication system that allows the smooth and rapid cross-border transaction of money- was resolved over the weekend. Such a move will inevitably make payments for Russian exports and imports hard. The ongoing military conflict in Europe could not have come at a worse time for Sri Lanka given its own prevailing high inflation, rising energy costs, and scarcity of foreign exchange.

Against this backdrop, this article discusses the economic impact of the European conflict on Sri Lanka, the sectors that will be hit hard, and ways to mitigate the negative impact.

Immediately after the Russian invasion on 24 February, commodity markets rallied up. The Brent spot price of a crude oil barrel reached USD 105 for the first time after 2014. Similarly, the cost of wheat futures for March 2022 in the Chicago Board of Trade (CBOT) exchange peaked, at its highest since mid-2008 (Figure 1). The Russian Federation and Ukraine-known as Europe’s breadbasket- are major cereal, fertiliser, critical minerals, and iron and steel exporters. Meanwhile, the Western powers were busy over the weekend in negotiations to tighten sanctions on Russia.

While the fate of Ukraine hangs in the balance, the consensus among analysts is that the Ukrainians were mounting a fierce and unexpected resistance, effectively increasing the costs for Russia. The US,  EU and their allies are contributing to the military conflict by providing financial and military assistance to Ukraine while imposing sanctions on Russia to make dollar transactions difficult. Thus, the severity of the global economic impact will be determined by the scope and duration of the conflict and the effectiveness of Western sanctions.

Western countries will be keen to minimise the spillover effects of sanctions on their economies. Like Germany, the major European economies heavily depend on Russian energy, making it necessary to exempt the energy sector from sanctions. Indeed, the sanctions package unveiled by the Biden administration did not target the energy sector. As long as payments for energy-related transactions go through non-sanctioned and non-US financial institutions, an unconstrained flow of money is guaranteed. Thus, oil prices dropped with futures closing below USD 93 a barrel in New York. However, that optimism was largely fading in early trade on 28 February. The Brent price rallied over 100 dollars again while wheat, soybean, and corn futures were up. Cutting off Russia from SWIFT and imposing sanctions on the Russian Central Bank can deal  a severe blow to the Russian economy in the long run. The collapsing rouble can be a harbinger of Russia’s economic collapse. A possible economic fallout will reduce Russian demand for foreign products, and if Russia cuts off natural gas to the European market, a likely outcome will be a recession. Unless the Ukraine crisis is not solved immediately, the fuel and commodity prices can rally further. The inflationary pressure in the Western markets, especially in Europe due to high energy prices and supply chain bottlenecks, may reduce consumers purchasing power, lowering the demand for goods exported by Sri Lanka. Europe is a significant export destination for readymade garments, tea and spices, and seafood.  There is also a growing tendency for increased military expenditure in the long run, which might reduce the “peace dividends” for European households.

For example, the German Chancellor committed 2% of GDP for defence expenditure, addressing an extraordinary session of Bundestag. Replacing consumerism with militarism will adversely affect countries like Sri Lanka that depend on the European export market. In addition, a prolonged crisis may impede Sri Lanka’s ability to purchase necessary raw materials like fertiliser. Importantly, Sri Lanka’s exposure to the situation is mainly through linkages to the commodity and European export markets rather than direct exposure to the two countries involved in the conflict. Sri Lanka should focus on safeguarding access to vital raw materials and food commodities. Globally, responding to the crisis, countries are stockpiling grain and exploring alternative ways to do business with Russia in purchasing raw materials. Sri Lanka has limited options to mitigate the impact on already deteriorating food security conditions and access to raw materials. As wheat and rice are substitutes, high wheat prices may increase the demand for rice.

Thus, it is necessary to remove input shortages like fertiliser to ensure domestic production is adequate. Due to the current foreign exchange crisis, Sri Lanka’s ability to effectively face such shocks is constrained. Thus, the urgent priority is to resolve the current foreign exchange crisis to regain the ability to trade swiftly. Achieving debt sustainability and securing dollar inflows from multilateral institutes might be the options at Sri Lanka’s disposal. Then, entering forward contracts for raw materials and fuel and negotiations with friendly countries for food on predetermined prices are possibilities.