Pro-Poor Tourism: Can it Reduce Poverty in Sri Lanka? 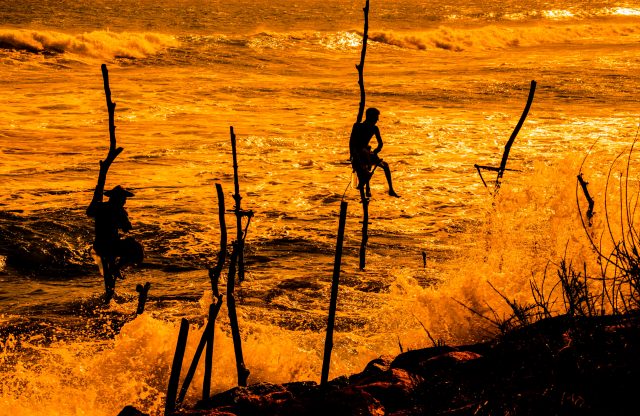 “Tourism has been described as the world’s largest transfer of resources from rich to poor, dwarfing international aid.” – Salli Felton, CEO, Travel Foundation

At present, the government is severely challenged with maintaining funds for basic provisions, and expansive investments in tourism cannot be expected in the foreseeable future. In November 2021, the Ministry of Tourism released the draft National Policy on Tourism for Sri Lanka with recommendations for improvement. Among them are the promotion of sustainable local tourism in Sri Lanka and community engagement. This article discusses existing disparities in tourism and the possibility of adopting a sustainable, pro-poor tourism strategy to reduce poverty in Sri Lanka.

‘Pro-poor tourism’ aims to uplift livelihoods by garnering net benefits to the poor through tourism. It is not an act of charity to help the poor but to empower them with the knowledge, skills and recognition to utilise their existing capacities to serve in the tourism industry. While the government can provide an impetus through regulations and infrastructure, the capacities must be commercially viable and not run on government aid.

The key objective of pro-poor tourism is empowering the communities. They must be aware and proactive participants. Communities are not required to be ‘tourist destinations’ solely functioning for the purpose. Still, they can benefit from the indirect effects of tourism – for example, by increasing poultry meat sales demanded by local eateries. On the other hand, if tourist arrivals fall, the loss of revenue will have to be borne by them. Participation is voluntary, and therefore, it is the individual who must maintain a balanced approach to manage the income.

An example of government intervention is South Africa’s Broad-Based Black Economic Empowerment strategy. The engagement of marginalised communities is measured through indicators such as ownership management, employment equity, etc., to rate establishments. For instance, a considerable number of black women as a percentage of the Board of Directors will give a higher rating to the tourist establishment or be fined if it falls short. A mandated quota to include women may offer relief to female poverty.

The ‘Sri Lanka Tourism: Strategic Plan 2017-2020’ emphasises the need to uplift livelihoods through tourism, with a focus on engaging local communities, supporting local businesses and promoting the cultural values of the country. The active participation of minorities and women in traditional arts, crafts, and cottage industries is also recognised as key aspects in the poverty-focused tourism strategy.

On the ground, there is a notable regional disparity in the operations of the tourism industry. The foreign guest nights spent, as per region in 2019 shows approximately 73% of foreign guest nights are spent in Colombo and the South Coast. Foreign guest nights spent in the North are almost zero as a percentage (See Figure 1). The area that foreigners choose to reside in is important because they tend to purchase commodities in the vicinity such as local goods use local services such as transportation, laundry, food, and beverages. The accommodation capacity of tourist hotels also indicates a regional disparity (See Figure 2). However, these numbers are only related to 474 tourist hotels. There are 2,145 other supplementary tourist establishments that provide 24,831 rooms for guests. Unfortunately, data pertaining to the regional distribution of these establishments are not available. The number can be higher where unregistered establishments might be in operation. From the above, it is evident that tourism in Sri Lanka is centred in the Western and Southern provinces and the spatial concentration in these provinces should be eased. The Northern and Eastern provinces have untapped tourism potential. For example, Anailativu and Eluvativ islands in Jaffna with kayaking, bird watching, and ferry rides can be promoted as tourist destinations. Tourist hotspots should be identified by the authorities and the responsibility of surrounding operations should be handed over to the local communities.

Conservation of such locations should also be carried out by the community in consultation with the relevant tourism and environmental authorities. The tourism authorities’ role should be confined to that of a consultant and licensor. The authorities should exercise caution in inviting large corporates for investment. The naturally preserved locations may be destroyed for accelerated profit and locals may lose the right to use their own land and resources.

Greater utilisation of the island’s seas and natural resources can be beneficial to Sri Lanka. Stilt fishing, for example, has artistic and touristic value. This does not require the fisherman to make drastic changes to his main livelihood but to earn a separate income by promoting the fishing methods. The extra income can be seasonal but necessary education and awareness can be offered to manage the livelihood along with tourist services. Governmental agencies can act as educators rather than guarantors for income/services.

In promoting pro-poor tourism, it is important to draw boundaries not to over-depend on tourism. Sole reliance on tourism has proven to be detrimental during travel restrictions and off-season periods where incomes dry up. The communities’ livelihoods should be shaped to cater to tourists with minimal disruptions to their normal routine. Therefore, the government’s role should be limited to providing regulatory and educational impetus rather than guaranteeing financial incentives. Empowering the communities to maintain their existing capacities and capital and developing them, are key to effective pro-poor tourism.

Kimuthu Kiringoda is a Research Assistant at the Institute of Policy Studies of Sri Lanka (IPS) with research interests in health, tourism, labour markets, SMEs and SDGs. She holds a BA (honours) degree in Economics from the University of Colombo. She also holds a Bachelor of Laws (LLB) from the University of London. She is currently reading for an MSc in Sustainable Management offered by the University of Bedfordshire (UK). (Talk with Kimuthu: kimuthu@ips.lk)