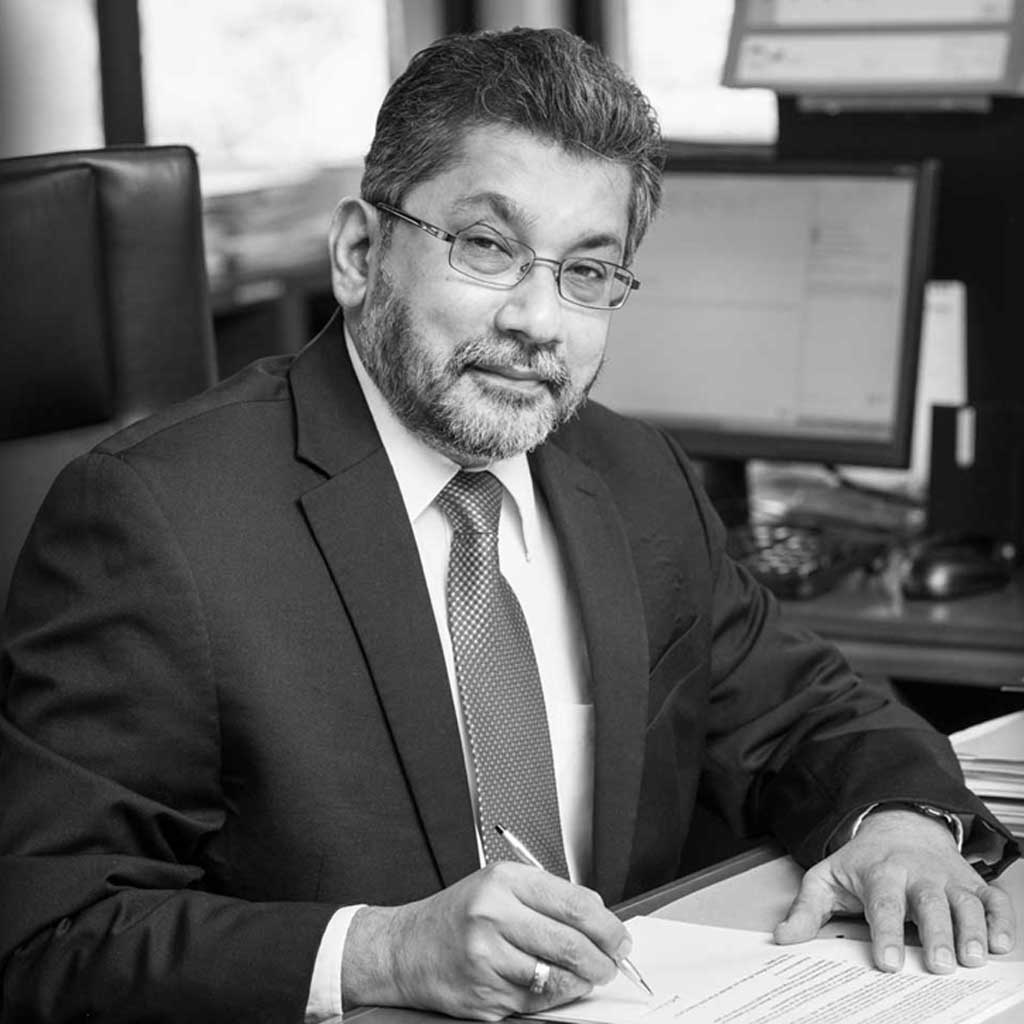 In Memoriam of Dr. Saman Kelegama

Condolence Message by the IPS Board

It is with deep sadness that we, the members of IPS’ governing board, received the news of the sudden passing of the Institute’s Executive Director, Dr. Saman Kelegama. He embodied IPS from its early days. Saman had worked at IPS since 1990, and led it as Executive Director since 1995. He spearheaded its expansion. More than anyone, Saman made IPS Sri Lanka’s leading institution for economic policy research. He built the IPS endowment fund, got its new building constructed, and oversaw its move to its present offices on Independence Square. It is testament to Saman’s character and resolve that he protected and preserved the independence and integrity of IPS as a non-partisan research organisation, free of political bias. That is no mean feat in Sri Lanka. His legacy is a solid institution that will continue to be the lodestar for evidence-based economic policy in Sri Lanka.

We also note that Saman’s passing is a loss to the government and the country, and not just to IPS. Saman had a long record of public service, having served on numerous government commissions and advisory boards, which included contributing to the last Presidential Tax Commission. In the last two years he was especially active in government service as the leading official and adviser on trade policy in the Ministry of Development Strategies and International Trade.  He played a critical role in Sri Lanka’s trade negotiations with India, China and Singapore, and contributed to the formulation of a new national trade policy strategy.

Saman will also be missed beyond our island shores. He was a fixture in South Asian and wider Asian policy networks; and thanks to him IPS is well embedded in these networks. We are all moved by expressions of condolence from Saman’s – and IPS’ – friends around the world.

The IPS board and staff will ensure IPS builds on Saman’s legacy. We would also like to take this opportunity to express our heartfelt condolences to Saman’s wife, son, daughter and other family members.

A Visionary, whose Legacy was Built on Humility and Humanity

In Appreciation of Dr. Saman Kelegama, by the Staff of the Institute of Policy Studies of Sri Lanka

Those of us who have been fortunate enough to work with Dr. Saman Kelegama during his long and distinguished tenure at the Institute of Policy Studies of Sri Lanka (IPS), first as a  Research Fellow from 1990 and then at the helm as its Executive Director from 1995, are immeasurably saddened by his sudden demise on Friday 23 June, 2017.

His legacy at the IPS was driven by three core beliefs that he held dear; foster independent thinking, secure financial stability, and provide an enduring IPS identity. His ideas and vision have bequeathed to us a sense of all that is possible to achieve, if there is drive and determination to pursue your dreams.

The culture of independent thought that Dr. Kelegama nurtured has seen innumerable numbers of us returning to the IPS, time after time, on completing post-graduate studies or professional qualifications abroad. His mantra of ‘you are representatives of IPS’ inculcated a spirit of commitment and self-belief in all of us. The liberal, free thinking environment fostered intellectual growth of the many researchers who have passed through IPS’ doors and encouraged our team of support service professionals to innovate and deliver. We believe it is this legacy of independent research and engagement in public policy discourse that is Dr. Kelegama’s enduring legacy, not only to IPS but to Sri Lanka and the wider regional community.

Dr. Kelegama understood from the outset that in order to sustainably build human capital, research capacity, and an efficient and effective organizational machinery, long-term financial security is a must. He worked tirelessly towards this end from the outset. On taking the helm as the Executive Director, his first priority was to secure a financial base for the IPS in 1995. His foresight and diligence allowed us to expand our activities over time and weather changes in fortunes when raising research grant funds.

Dr. Kelegama was also passionately convinced that a growing organization must have an identity that is uniquely its own. This he envisioned in the form of a permanent office for the IPS, custom built to suit our own requirements. He embarked on this journey as early as 2000. Again, his vision and foresight was commendable. It took him a further decade in which to realize his dream, when the IPS head office was ready for occupation in 2010. Through all the years of innumerable delays in obtaining land and raising funds for construction, Dr. Kelegama persevered tirelessly against all obstacles, and personally oversaw the project over a three year period until completion. His commitment to bequeathing a beautiful office in which we are so fortunate to work in will never be forgotten.

Through all his pioneering efforts to build a strong and stable organization, Dr. Kelegama’s humility and humanity are perhaps what we will remember most. His career is too long and distinguished to detail here, but he was the most modest of men. On most occasions, we, the staff of IPS, would find out the details of his numerous high profile appointments and accomplishments only well after the event or through other sources. Dr. Kelegama’s belief was that ‘you just get on with the job’. His humility was only surpassed by his humanity. No personal difficulty faced by a staff member was ever too small for a sympathetic hearing from him. ‘We must be sympathetic on humane grounds’ was his second mantra.

Dr. Kelegama left us too soon. We have lost a visionary head and the IPS will never be the same without him. But, we have all gained from working with him. We want to thank him for his ideas and vision; he inspired us all, and his legacy will live on.

We offer our deepest condolences to Mrs. Kelegama, Chandana and Jayathri.

May Dr. Kelegama attain the supreme bliss of nibbana.

Chairman of the IPS Endowment Trust, Dr. Wickrema Weerasooria, recently spoke to SLBC on the illustrious Executive Director of IPS, late Dr. Saman Kelegama, who unexpectedly passed away in June 2017. A world-renowned economist and a visionary leader, Dr. Kelegama left behind a legacy that will never be forgotten.

During the Think Tank Initiative’s 7th South Asia Regional Meeting 2018 (TTI RM7), a special session to commemorate the former IPS Executive Director, late Dr. Saman Kelegama, was held. This video by the Centre for Policy Dialogue (CPD) in Bangladesh, reflects on the contribution of Dr. Kelegama, who dedicated his professional life in promoting South Asian integration.