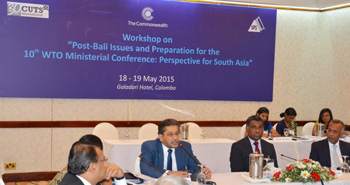 Workshop on “Post-Bali Issues and Preparation for the 10th WTO Ministerial Conference: A South Asia Perspective”

A Workshop on “Post-Bali Issues and Preparation for the 10thWTO Ministerial Conference: A South Asia Perspective”, organized by the Commonwealth Secretariat, Consumer Unity & Trust Society (CUTS) International and the IPS was held in Colombo. Many issues relating to South Asia and developing and least developed countries (LDCs) in the run-up to the 10th WTO Ministerial Conference were discussed in detail to agree on a common agenda.

The Workshop emphasized on issues of interest to South Asian countries in agriculture, manufacturing, services, etc., in order to devise a comprehensive and holistic perspective on taking the WTO Doha Development Agenda forward and presenting a uniform agenda of the region at the WTO’s 10th Ministerial Conference scheduled to take place in December 2015 in Nairobi, Kenya.

Discussions took place on areas that are of importance to South Asia in the WTO such as development issues, Opportunities and Challenges for South Asia from the Trade Facilitation agreement as agreed in the WTO Ministerial in Bali, issues of concern to South Asian LDCs, non-agricultural market access and agriculture negotiations: status and key issues for consideration by South Asia countries, latest developments in the GATS negotiations and other services initiatives, and the regional integration process in South Asia.

The deliberations underlined that WTO remains an important platform for countries in the region and that South Asian countries should have a better vision and commitment if they are to benefit from the latest developments in the WTO such as the Trade Facilitation Agreement and Public Stockholdings for Food Security. The importance of looking beyond the Nairobi agenda and agreeing on a set of coherent policies for the region were also emphasized. It was emphasized that it is time to prepare the region to address important issues through knowledge building and by bringing people together to create more discussion on the areas in the run up to the 10th WTO Ministerial Conference and beyond. 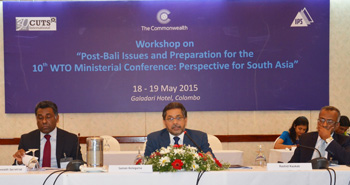 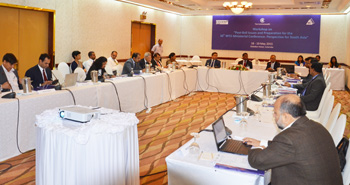 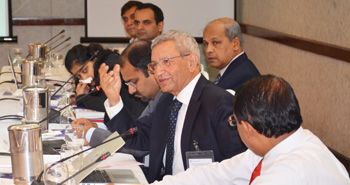