The fisheries sector plays a key role in Sri Lanka’s social and economic life. Fish products are an important source of animal protein for the population and the sector contributes about 1.5% to GDP. The fisheries sector of Sri Lanka consists of three main subsectors, namely coastal; offshore and deep sea; and inland and aquaculture. These three subsectors employ around 250,000 active fishers and another 100,000 in support services. This workforce represents a population of some one million people.

A significant characteristic of the fishing industry in Sri Lanka is that it has always been dominated by the private sector. Except for a handful of boats owned by cooperative societies or by the very few companies, the fishing boats and gear deployed in the industry are owned and operated by thousands of individual fishers, family units or informal groups. The Sri Lankan fishery sector serves both the domestic and export markets, with the domestic component attracting a major share of the marine fish production

In recent years, the fisheries sector has also emerged as an important source of foreign exchange with Sri Lanka gaining the List 01 status for exports to Europe while increasing its market share in the Japanese and US markets. Exports comprise of several items of high value fish and fishery products, such as chilled and frozen tuna, and other marine products such as shrimp, lobsters, shark fins and sea cucumber.

The major objective of this study is to explore the nature of the nexus between trade and poverty in the fisheries sector in Sri Lanka and identify poverty impact paths to gain a better understanding of how SMTQ interventions can filter down to impact poverty. The major finding of the study is that no demonstrable relationship exists between fish trade and economic growth or poverty alleviation. This is mainly due to the poor ‘trickle-down mechanisms’ that fail to redistribute the revenues generated by fish exports to the poorest segments of the population. 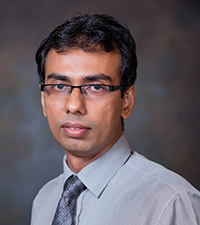