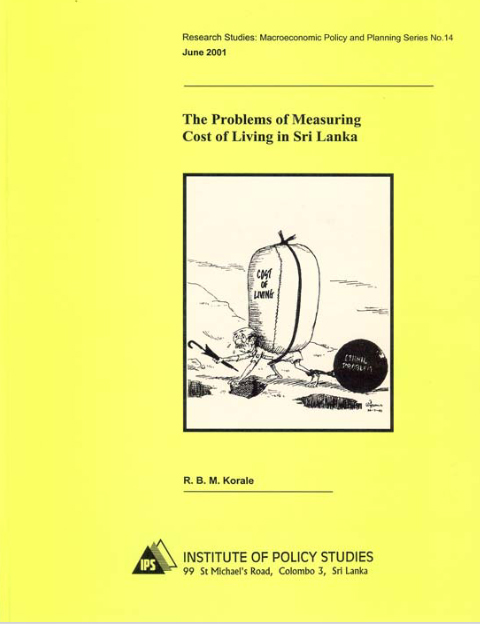 The Problems of Measuring Cost of Living In Sri Lanka

The Consumer Price Index (CPI) is the most widely used and best known measure of the changes in the cost of living or inflation. A CPI index measures changes in the general level of prices of a specified fixed basket of goods and services over time in relation to a given base period. The compilation of CPIs in Sri Lanka commenced in the early 1940s with the computation of the Colombo Working Class Index (CWCI), and the Estate Labour Index Number (ELIN). The Colombo Consumer’s Price Index (CCPI), which replaced the CWCI, is based on a family budget survey conducted by the Department of Census and Statistics in 1949-50 of 455 working class households in the Colombo Municipality. The expenditure data obtained from this survey were revalued at 1952 prices to determine the weights of the new CCPI. The Greater Colombo Consumers’ Price Index (GCPI) was introduced in 1989 based on the results of the nationwide “Labour Force and Socio-Economic Survey” conducted in 1985-86. In addition, the Colombo District Consumer Price Index (CDCPI) was introduced by the Central Bank of Sri Lanka in 1998, based on the Consumer Finance and Socio-Economic Survey of 1996/97.

This study describes the consumer price indices that are currently compiled in Sri Lanka and discusses the problems associated with their construction, and their limitations. The study highlights the need for a new index to serve as a general inflation indicator. It argues that the new CPI should be based on a specially designed Household Expenditure Survey that should be undertaken primarily for designing weights for the CPI.