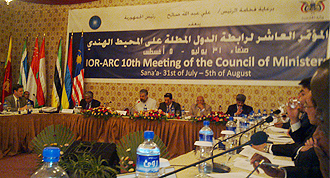 Executive Director was a part of the Sri Lankan delegation for the Tenth IOR-ARC Ministerial meeting at Sana’a, Yemen, during 31 July- 5 August, 2010.