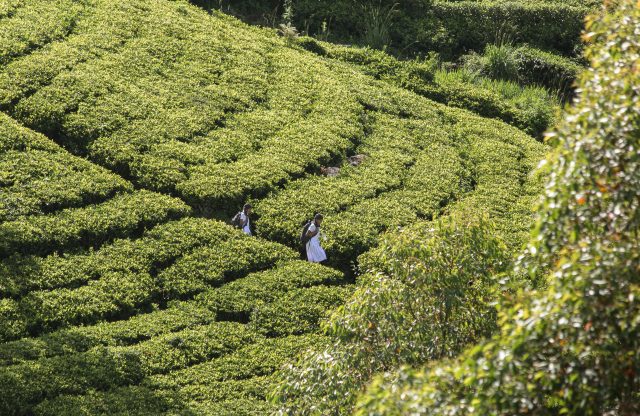 Although Sri Lanka has performed well in basic education indicators such as a high literacy rate and near-universal participation in primary and secondary schooling, there are striking disparities across regions in the country. Specifically, the education performance of the estate sector consisting of plantation communities is dismal, with a high level of school dropouts. Based on a study carried out by the Institute of Policy Studies of Sri Lanka (IPS), this blog discusses the issue of school dropouts in the estate sector and how prolonged school closures following the COVID-19 outbreak and the ongoing economic crisis have increased school dropouts in estate regions.

School Dropouts in the Estate Sector

A sector-wise comparison of school dropouts prior to the COVID-19 outbreak reveals the estate sector to have the highest percentage of dropouts in all three levels of education – primary, secondary and collegiate – with the percentage rising as the level of education advances from primary to the collegiate level, as observable from figure 1. As such, approximately 4% of primary, 20% of secondary, and 26% of collegiate students had dropped out of school in the estate sector. In contrast, the corresponding rates in urban and rural sectors are much lower, reflecting the disparity across sectors.

Figure 1: School Dropout Rates by Sector and Level of Education Although Sri Lanka’s primary education is almost universalised, the estate sector is lagging. Around 13% of all school dropouts in the estate sector are from primary grades, suggesting that a considerable proportion of dropouts in the region may not even have completed their primary level of education, which is an issue of concern.  The high percentage of dropouts beyond primary level could be attributed mainly to the fact that many schools in estates are Type 3 schools with only primary grades, which discourages many estate children from advancing into lower secondary grades as they have to enrol into schools far away from the estates. For instance, in Nuwara Eliya district, which has one of the largest estate sectors in the country, 50.2% of schools are Type 3 schools (School Census, 2020), which influences many children to drop out of school after completing their primary education due to the lack of schools with higher grades in the region.

Figure 2: Composition of School Dropouts by Level of Education in Each Sector Impact of Child Labour on School Dropouts in the Estate Sector While Sri Lanka is committed to attaining the goal of zero child labour by 2025, as set in the Sustainable Development Goals agenda, eliminating child labour would solve this issue of school dropouts to a certain extent. However, ever since the COVID-19 pandemic emerged, along with the ongoing economic crisis in the country, this goal of eliminating child labour by 2025 has become even more challenging. Evidence suggests that the number of children engaging in economic activities has increased significantly in these estate regions after the pandemic that led to prolonged school closures.

“There were 56 O-Level students in our school, but when school reopened after the pandemic, only 36 students returned to school. The remaining 20 students were found to be doing jobs. So, we teachers had to go from house to house to meet their parents, and we could only persuade the parents of six students to send them back to school while the others dropped out and continued to do jobs. There were similar cases in grades 6-10 as well.” – School teacher in the estate sector During pandemic school closures, online classes were the main mode of education for estate children despite it not being viable among them. As such, the lack of access to devices (smartphones, laptops etc.), signal and network coverage issues, along with the financial difficulties they faced, have hindered many children in plantation communities from attending online classes.

Concerningly, there is evidence that a segment of those students that had no/low attendance for online classes during that period continue not to attend school even though schools are now reopened and that such students have either dropped out or are currently at the risk of dropping out of school. Moreover, gender-wise, more boys (than girls) drop out, mainly because of their higher engagement levels in economic activities.

Financial difficulties, engagement in economic activities, changes in attitudes and behaviours of children during the prolonged school closure, the shift in students’ priorities and interests away from education mainly towards earning, non-supportive parents, and low academic performance are several reasons identified to have worsened the issue of school dropouts in the estate sector ever since the outbreak of the pandemic. Although dropping out is generally an issue most prevalent among students in higher grades, currently, students in lower grades have also become vulnerable to dropping out. Accordingly, there is a rise in the number of children dropping out of school in estate regions. The main reason for this is the worsened financial difficulties suffered by these estate children after the pandemic, along with the ongoing economic crisis in the country, which has led them to engage in economic activities to earn income so that they can afford their basic needs. Thus, introducing special programmes to increase the income sources of adults in deprived regions would be beneficial in discouraging their children from engaging in economic activities while encouraging them to attend school.

Additionally, facilitating the continuation of the school meal programme (free meal), by prioritising the highly deprived children in plantation communities, would be another possible solution to reduce child labour. Consequently, it will help reduce school dropouts in the estate sector since many estate children who struggle to afford a meal are influenced to engage in economic activities to earn income. Furthermore, implementing special ‘catch-up programmes’ in estate regions for students who could not attend online classes during school closures would help recover the lost learning of these students and reduce the risk of them dropping out of school.

Himani Vithanage is a Research Assistant working on health, education and labour policy at IPS. She was the recipient of IPS’ Saman Kelegama Memorial Research Grant for 2021. This blog is based on her research study analysing the issue of school dropouts in the estate sector of Sri Lanka. She holds a BA in Economics from the University of Colombo, and a BSc in Economics and Finance from the London School of Economics and Political Science (LSE). (Talk with Himani- himani@ips.lk)