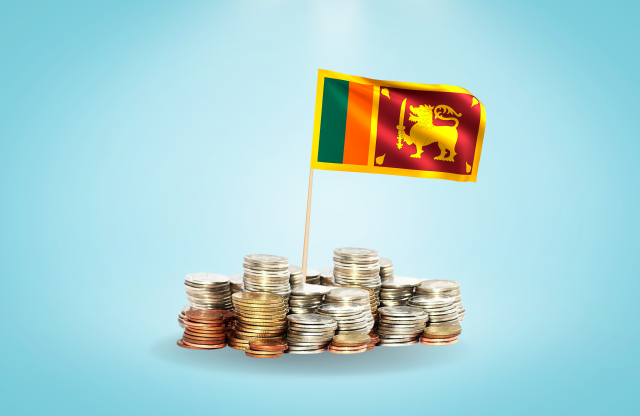 Sri Lanka was once considered a development success story. But within the last few decades, this legacy was lost to governance failures and economic mismanagement. In recent years, the country has been characterised by a glaring lack of fiscal discipline reflected in rising deficits, debt, inefficient state expenditure and an inability to raise sufficient revenue even to cover current spending. In this context, institutions have a major role in ensuring that governments do not fail. Effective institutions can (1) assure the provision of quality services which is essential for eradicating poverty and promote shared prosperity; (2) guarantee high-quality public spending and minimise corruption; and (3) ensure that all citizens benefit from economic growth and that development is not lop-sided. With this understanding, this blog discusses how a Fiscal Council (FC) can help Sri Lanka regain fiscal credibility and improve its overall economic performance.

The Easter Sunday bomb attacks in April 2019 and the onset of the COVID-19 pandemic in March 2020 worsened Sri Lanka’s already precarious fiscal position. By 2021, government revenue had plummeted to 8.7% of GDP (from 17.2% in 2000), and Sri Lanka’s fiscal deficit was 12.2% of GDP (Figure 1).  In 2021, the overall debt was 104.6% of GDP, while foreign debt was 38.6% of GDP (Figure 2). Since the 1980s, Sri Lanka’s debt has been above the safe debt threshold of 65% of GDP for middle-income countries. Sri Lanka’s macroeconomic projections consistently appeared too optimistic compared to the International Monetary Fund (IMF) and the Asian Development Bank (ADB) forecasts, with projections not shared or partially shared during periods of high uncertainty (Figure 3). The bottom line is that stabilising the Sri Lankan economy is impossible without a clear macroeconomic framework. Some elementary questions in this regard are: “Is there a mechanism to detect economic misconduct?”; “Are independent evaluations of fiscal policy possible?”; and “Are the existing institutions capable of monitoring macroeconomic dynamics?”. The answers to these questions are negative, thus indicating the lack of a solid institutional mechanism to guide the fiscal policymaking process. Without such an institution, ensuring sound management of public finance is challenging.

There is growing interest in FCs, especially when recovering from the crisis. After the global financial crisis, FCs increased from 15 in 2009 to 49 in 2021. Although the EU economies are taking the lead in adopting FCs, (developing) economies outside the EU are joining this rapidly growing group in the recent past – such as Brazil, Colombia, Vietnam and Kenya (Table 1).

FCs are publicly funded institutions staffed with technically competent persons who can guide fiscal policymaking. FCs are established to achieve three main objectives: to strengthen sustainable finances, provide macroeconomic forecasts and engage independent stakeholders in policy development. The structure, resources, and design of the FCs are crucial for success.

FCs follow three broad institutional models: (1) Stand-alone institutions originate from fiscal responsibility laws; (2). FCs under the executive or legislative branch of the political system are established as a part of parliament or a ministry; (3) FCs associated with other independent institutions like central banks, audit institutions and statistical agencies.

Well-designed FCs can promote stronger fiscal discipline. FCs that are poorly designed, inadequately resourced and do not focus on quantitative measures may not provide significant benefits. The effectiveness depends on legal and operational independence, the strength of monitoring quantitative budgetary targets, credibility in budgetary forecasts and independence in sharing policy reviews.

Institutional reforms are now widely recognised as necessary for restoring and sustaining fiscal discipline. FCs have a potentially more significant disciplining effect in developing economies with a relatively less-developed infrastructure of unofficial bodies. The creation of an FC enables the pooling of local expertise and access to financial and informational resources not otherwise available to unofficial bodies. An FC can help Sri Lanka to create sustainable public finance by improving the reliability of projected figures through a consistent macroeconomic framework. It can provide impartial government planning and expenditure scrutiny to the public and coordinate with national and sub-national bodies for efficient expenditure management.

Good fiscal institutions are a necessary condition for achieving disciplined fiscal performance. For instance, the delegation of macroeconomic forecasting by an independent body reduces forecasting bias. There are successful FCs in several Caribbean and small island developing nations, including the Bahamas and Grenada. In 2018, Jamaica’s intention to establish an independent FC helped improve fiscal sustainability perceptions. Therefore, establishing an FC must be supported through a strong and sustained political commitment for a country like Sri Lanka, where institutions are much weaker.

Further, the inherent weaknesses in the existing institutions and the rarity of FCs in the Asian context should not prevent the introduction of innovative institutions to the country. Sri Lanka should therefore consider creating an independent institution to provide a sound fiscal policy and sustainable public finances, one capable of preparing baseline macro forecasts and verifying adherence to transparency standards and best budgeting practices. Creating an FC will signal the government’s firm commitment to sound economic management. This will positively impact the ongoing discussions with the IMF as FCs are considered critical partners during recovery. Therefore, establishing an FC would aid Sri Lanka in its efforts to restore sustainable and resilient public finances.