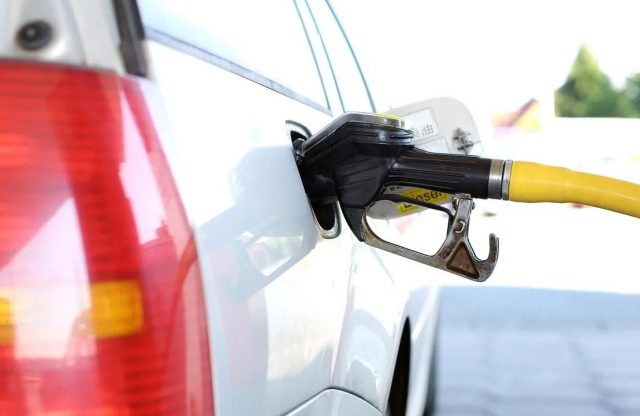 Global oil prices are in the headlines once again with crude oil prices soaring following Russia’s invasion of Ukraine on 24 February 2022. Global crude oil prices have shot up; the Brent increased by around 22% to USD 114 a barrel at the end of May 2022, from a low of USD 93 a barrel in early February 2022. The volatility of global oil prices has worsened Sri Lanka’s economic woes. This blog discusses the main drivers of oil prices, the effects of price volatility on the Sri Lankan economy and outlines some policy options available to mitigate the adverse effects of oil price fluctuations.

Historically, major conflicts in oil-producing regions have led to higher oil prices. Conflicts can create constraints such as logistical bottlenecks, sanctions on trade, and destruction of capital infrastructure on the supply side. Furthermore, the uncertainty created by such crises affects the expectations of future prices in commodity markets. Therefore, oil futures undergo significant upward volatility when conflicts arise in oil-producing regions.

There is empirical evidence to support the theory that oil shocks induce output losses and higher inflation – also known as stagflation. From the mid-1970s (Yom Kippur War) to the early 1990s (Gulf War), as well in the new millennium, conflicts have resulted in significant oil price shocks. For oil-importing countries, rising prices increase production costs leading to a reduction in aggregate supply and decreasing output. As production costs – including transport costs – soar, there is inflation in the circular economy. This results in the decline of the real GDP.

The past two years have been particularly volatile for the oil industry. Firstly, the COVID-19 pandemic resulted in a major crash in oil prices with Brent crude plunging to around USD 9 a barrel in April 2020, from around USD 70 in January 2020. Then, the significant improvement in global economic activity due to increased rates of vaccination and reduced pandemic-related restrictions saw global oil prices rebound with the monthly average price of Brent reaching USD 84 per barrel for the first time in seven years. The increase in oil prices was further exacerbated by the global demand quickly outpacing the global supply.

Analysts argue that the uncertainty behind the Russia-Ukraine conflict is driving the current increase in oil prices. Russia is the second-largest producer of crude oil supplying around 11% of global oil requirements. In March, the United States banned Russian energy imports and there is speculation that the European Union will finally enforce a ban on Russian energy imports. Future sanctions are likely to exacerbate the volatility of global oil prices in the near term. According to the Central Bank of Sri Lanka (CBSL), Sri Lanka’s fuel import bill returned to pre-pandemic levels at nearly USD 3.7 bn in 2021, an increase of 47% compared to the previous year. This consisted of USD 625.1 mn of crude oil, USD 2.84 bn of refined petroleum and USD 277.8 mn of coal. Increased aggregate demand following lower restrictions on mobility explains the restored fuel import bill for 2021.

Apart from the global energy prices, factors such as changes in rainfall in hydro-electricity generation areas and changes in demand for local mobility will affect the fuel import bill. Recent CBSL data shows that the fuel import bill for Jan-March 2022 has increased by 45% on a year-on-year basis, to USD 1.4 bn. Although the LKR has depreciated by approximately 75% since early March, it is unlikely to significantly impact the demand for fuel given the inelastic nature of fuel in Sri Lanka.

Higher global energy prices, the depreciation of the LKR, and the trimming of fuel subsidies have contributed to a spike in local fuel prices, which will exacerbate the inflationary environment. The Ceylon Petroleum Corporation has continuously increased fuel prices since March 2022, with the prices of octane 92 petrol and auto diesel increasing by 137% and 230% respectively between November 2021 and May 2022. For example, octane 92 petrol has increased by LKR 243 while diesel prices have increased by LKR 279. Due to the acute shortage of foreign exchange reserves, Sri Lanka has very few short-term policy options to minimise the fuel bill. The immediate steps in acquiring foreign exchange to consume essential imports would include expediting the negotiations with the IMF including the debt restructuring process and negotiating with bi-lateral and multi-lateral partners on bridge financing facilities. In terms of limiting the use of fuel, Sri Lanka could focus on a few demand killing measures such as encouraging working from home and encouraging the use of a car-pooling system by introducing an odd-even traffic restriction policy, as practised in some major cities in Indonesia.

In the longer term, Sri Lanka could also focus on the higher utilisation of non-conventional renewable energy sources. According to the International Energy Agency (IEA), 68% of Sri Lanka’s total power generation was based on non-renewable energy sources in 2019 with oil (diesel) and coal dominating. Solar energy has great potential and has been given more attention recently, with the government agreeing with India to develop a 100-megawatt solar power plant. Other types of non-conventional energy sources such as wind power will also need investments. Equally, a modernised and efficient public transportation network is a must to reduce the demand for private vehicles.

The impact of oil price volatility could also be navigated by investing in oil storage facilities. Storage acts as a balancing mechanism between physical and financial markets in the oil industry. Whenever there is excess oil supply at lower prices, more oil could be bought and stored. Recent policy direction on this has been ad-hoc in nature, the agreement on the development of  Trincomalee Oil farms with India being a case in point. It is advisable to review such agreements carefully and secure public confidence before implementation.

Binura Seneviratne is a Research Officer working on macroeconomic policy, poverty and social welfare research at IPS. He holds a Master of Economic Policy from the Australian National University and a BSc in Economics and Finance from the University of York. (Talk with Binura: binura@ips.lk)