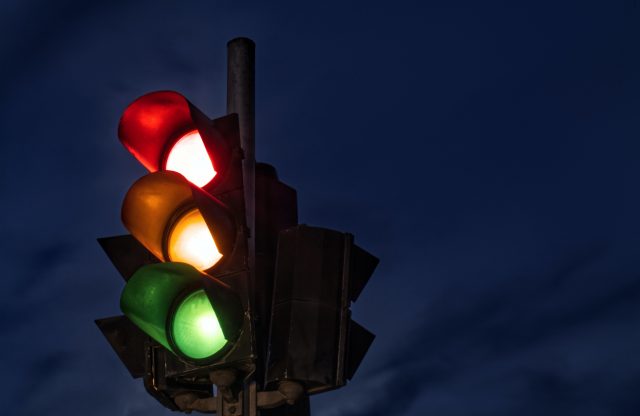 Written ahead of World Health Day observed on 07 April 2022.

In line with globally recommended practices to reduce the dietary risk of non-communicable diseases (NCDs), the Sri Lankan government implemented a traffic-light labelling (TLL) system for sugar-sweetened beverages (SSB) in August 2016. The purpose of the regulations was to educate the public on the sugar content in SSBs to promote healthy diets in Sri Lanka and reduce NCDs associated with a high sugar intake.  It is timely to assess the effectiveness of TLL in encouraging healthier food choices. Based on an ongoing IPS study, this blog discusses consumers’ knowledge of TLL and how it impacts their SSB choices.

TLL inform the public of the sugar levels in SSBs through a colour code.

Sugar content on SSBs is displayed using traffic light colours – red, amber, and green with red denoting the highest sugar content and green the lowest. This regulation had been introduced for carbonated beverages, fruit nectar, fruit juices and ready-to-serve beverages other than milk-based products. TLL exclude sweetened milk-based products which are widely consumed and heavily promoted for Sri Lankan children.

The IPS study captures consumers’ knowledge, attitudes and practices in relation to the TLL system. A consumer survey with a sample of about 2,500 consumers in 14 districts was conducted at supermarkets and Sathosa outlets covering all nine provinces with urban-rural representation. The discrete choice experiment (DCE) method was applied to investigate the effectiveness of TLL on SSB choices. Taking into consideration SSB regulations and SSB product features, three key aspects — beverage category (carbonated beverages, fruit nectar, fruit juices and milk-based products); TLL codes (red, amber, green and no TLL label) and price per pack, were considered as SSB choice factors in the DCE model.

The study reveals that two-thirds of participants were aware of the TTL system on SSBs, although awareness differs by location of residence. For example, in Colombo, Kandy, and Kurunegala consumer awareness was around 75%, while it was around 50% for Ratnapura, Jaffna and Nuwara Eliya. Further, there are differences in TLL awareness by population groups. For example, the TLL system is less well known among the less educated, disadvantaged socio-economic groups, and the elderly (Figure 1). The IPS study also reveals that consumers who are unaware of TLL are less likely to use available information on the sugar content of SSBs.

Significantly, most respondents had learned of TLL on their own. For example, of those who were aware of TLL, the majority (72%) came to know about the TLL system through self-observation. In comparison, a significantly lower proportion had become aware through social media (29%) and electronic media (29%) respectively.

Impact of TLL on SSB choices

The IPS study shows that consumer awareness of TLL is associated with making healthy food choices.

Those aware of TLL bought healthier beverages; they were more likely to opt for green and less likely to go for red (see Figure 2). Moreover, the probability of choosing a healthy product and avoiding an unhealthy one is greatest when TLL appears on the pack — compared to ‘no TLL’ option, people opt for green or amber while avoiding red. This indicates that a high proportion of consumers evaluated the healthiness of products based on the information provided. In summary, the IPS study findings present compelling evidence in favour of TLL labels. The results show that providing nutritional information about products can steer consumers towards healthier food choices. Consumers can use labels as a shopping aid if they are familiar with them. It can also influence the general decision to buy or not buy a product. Moreover, the study highlights that information gaps and limited understanding of TLL by different socio-economic groups are potential limitations to their effectiveness.

In this context, a campaign targeting different groups of people is needed to increase consumer awareness of TLL, thereby helping them to make healthier food choices. Using primary healthcare facilities, health authorities can bundle awareness programmes for this target group with the primary healthcare services programmes — on food labelling and its benefits in preventing lifestyle-related diseases. Equally, community-driven programmes can play a major role in raising awareness among consumers in rural areas. As such, nutrition labelling awareness initiatives combined with complementary strategies such as pricing strategies targeting population groups that are less aware of TLL promote healthier beverage consumption.

* This blog is based on the ongoing IPS study ‘Strengthening Fiscal Policies and Regulations to Promote Healthy Diets in Sri Lanka’. It is funded by the International Development Research Centre (IDRC), Canada. The consumer survey was conducted by the Medical Research Institute (MRI), Sri Lanka.