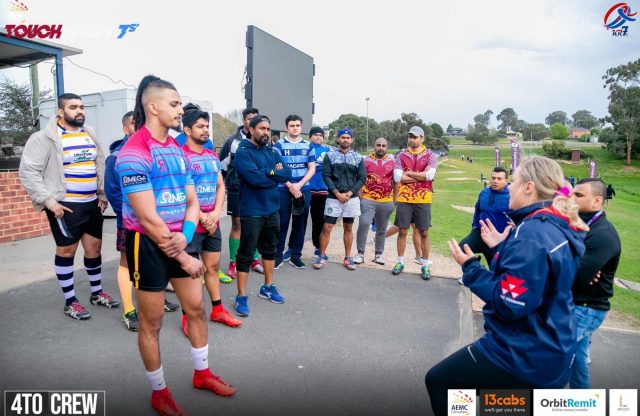 Touch Rugby 7’s tournament among Sri Lankan school associations and clubs in Australia with the support of various private organisations and Rugby Victoria, the governing body of Rugby Union in the State of Victoria.

A great deal of discussion is underway on what appears to be the latest wave of migration from Sri Lanka. These conversations focus on the desire of young people to migrate in search of greener pastures in the face of the soaring cost of living and uncertainty about the country’s future. While the exact scale and nature of youth migration remain unclear, the costs of brain drain dominate these discussions. The brain drain concern is valid, yet focusing on it alone can limit our understanding of the complex implications of migration. This blog argues that apart from its challenges, youth migration can also present some surprising opportunities for socio-economic development if strategically managed.

According to the latest Social and Economic Statistics and the Labour Force Surveys of Sri Lanka, departures for foreign employment among young people aged 15-29 years in relation to their population has not seen a noticeable rise in the recent past. While it can be argued that the perceived increase in migration is a more recent phenomenon accentuated by the pandemic in 2020, it is also possible that young people depart more frequently for other pursuits such as education, for which statistics are not publicly available. To further complicate matters, it is unclear whether most youth consider education as a pathway for long-term residence abroad or intend to return to Sri Lanka with their acquired qualifications.

An Opinion Tracker Survey carried out by the Institute of Health Policy provides a clearer answer. This survey suggested that youth aged 18-29 have the highest desire to migrate at around 48%. But it was people in areas such as the Western province who indicated greater capability of preparing for migration. This is likely due to the high initial cost including airfare, tuition fees and initial living expenses. Departures in categories other than short-term employment, therefore, seem to be mainly associated with high and middle-income groups. One frequently discussed implication of this is brain drain or the emigration of highly knowledgeable people. Out-migration can also affect economic growth as these social segments provide a stable source of demand for goods and services and contribute to investments. Beyond economic impacts, such communities also hold significant socio-political power in the country. Although understanding the full extent of the desire of young people to migrate remains difficult due to the lack of comprehensive data, a more strategic approach is still warranted to mitigate the adverse effects of migration and leverage its unique advantages. As human capital is one of the most valuable resources in Sri Lanka, brain drain can be detrimental. Conversely, return-migration of those who have acquired greater knowledge and skills would increase the stock of human capital. However, the challenges of absorbing returning youth must also be acknowledged, since there can be a mismatch in acquired skills, expectations, and the existing labour market demand. Aside from this, a high unemployment rate (26.5%) among those aged 15-24 years is already prevalent in the country. As such, it is necessary to create more opportunities for youth especially in areas such as science and technology which have a potential for growth and innovation, and also facilitate a conducive business environment and financial system so that knowledge and skills can be utilised in a productive, profitable manner.

Migration and remittances have been widely discussed in relation to the current foreign exchange shortage in the country. Although there is some difficulty in estimating the remittances by the youth alone due to data availability, the Sri Lanka Foreign Employment Bureau finds that in 2020, the overall highest contributions originated from areas such as the Middle East (51.7%) and the European Union (19%) whereas destinations such as North America or Australia and New Zealand only account for 2.5% of the total remittances each. This can be expected as many who depart to the former regions are temporary workers regularly remitting to support their families and livelihoods in Sri Lanka.

There is some potential then, to improve flows from the latter regions with sizable communities of Sri Lankans or those of Sri Lankan origin. Proactive engagement of young people can be carried out especially through networks such as school or university alumni associations, voluntary groups, and educational institutions in collaboration with government and non-government bodies.

As a somewhat risk-averse society, investment and entrepreneurship in Sri Lanka tend to suffer, especially among the youth. But this is understandable given the volatile economic conditions, relatively poor business environment (99th position in the Ease of Doing Business Index in 2020), limited capital and negative societal attitudes. Conversely, youth from diaspora communities, once securely established are likely to have greater access to capital and may also be less risk-averse due to their exposure to new norms and attitudes.

Another benefit of connecting with expatriate communities is that they tend to be mutually interested in maintaining ties with their country of origin due to various reasons including economic opportunities, a desire to support family and friends and even to contribute towards national development. Identifying and communicating opportunities, as well as facilitating ventures through simpler processes and incentives are some measures that can be taken to achieve this win-win outcome.

In short, while some young people have recently shown a greater desire to migrate, this scenario presents both challenges as well as opportunities. Young migrants residing abroad maintain a significant potential to contribute to Sri Lanka’s development if they are proactively engaged. However, such initiatives should be carried out with caution since false commitments and major inconveniences can dishearten and discourage migrant communities from further attempts at maintaining ties with their motherland.

Thisuri is a Research Assistant working on migration and urbanisation policy research at IPS. She holds a BA (Honours) in Economics from the University of Colombo. Thisuri participated in the 2020 IMF Fund Challenge and was selected to present a paper at the FISU World Conference on Innovation, Education and Sport in Lucerne, Switzerland. As an undergraduate, Thisuri received a scholarship for obtaining the best results in the first-year examination of the Faculty of Arts. (Talk with Thisuri: thisuri@ips.lk)