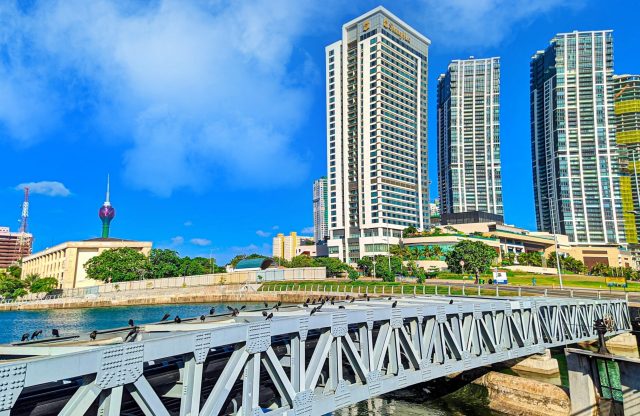 The hike in policy interest rates by the Central Bank of Sri Lanka (CBSL) in August 2021 marks a shift from stimulus to exit strategies in the pandemic era. Such recalibrations globally are focused on how to tackle the historically large debt-to-GDP ratios that the COVID-19 pandemic leaves in its wake. At end 2020, advanced economies (AEs) on average had amassed debt to the tune of 120% of their GDP with emerging markets economies (EMEs) trailing some distance at 65% of GDP. As the spotlight moves, the full impacts of the macroeconomic policy measures, hitherto obscured by the urgency to deal with the health crisis, are now coming under greater scrutiny.

Many countries, especially AEs, exercised their ‘monetary sovereignty’ to create and print their own money to support stimulus efforts. They have done so through coordinated monetary/fiscal policies – i.e. using monetary policy to keeping borrowing costs low while fiscal authorities provide back-stop assurance. Some are better positioned to manage the inherent risks and conflicts of interest that are involved in this exercise. AEs have an advantage as issuers of reserve currencies with global demand and historically low interest rates; EMEs with limited exposure to foreign currency-denominated debt and holding comfortable stockpiles of reserves are less exposed to disruptive tail events.

Such countries can bring down their debt ratios if they are able to maintain nominal GDP growth persistently above the average interest rates that they pay on their debt – i.e. the growth-corrected interest rate (r-g) whereby countries can run modest primary deficits and still have a stable or falling debt-to-GDP ratio.

Sri Lanka is not similarly positioned. Its debt metrics point to high vulnerabilities – a high debt-to-GDP ratio of 101% of GDP, large exposure to foreign currency-denominated debt, and a hefty foreign debt repayment schedule. Under these conditions, the threat from exercising monetary sovereignty was always self-evident. A depreciating currency, notwithstanding distortionary controls on imports and capital flows, worsens the debt vulnerabilities.

Domestic and foreign debts are hardly similar. Given Sri Lanka’s debt metrics and the fundamental economic imbalances that have generated them, simple accounting identities do not always offer very plausible solutions. If the exchange rate depreciates, it adds to the real value of outstanding debt, relative to the size of the economy, even if interest rates remain modest. Further, shocks like COVID-19 raise risk premia, and marginal borrowing costs can rise suddenly and sharply, cutting countries abruptly out of financial markets.

Short of distortionary measures such as inflating debt away or maintaining an overvalued currency, a primary surplus is needed to stop the public debt-to-GDP ratio from rising and an even larger surplus is needed to reduce it. Improving the primary budget balance calls for tax increases or public spending cuts that are unpopular and have upfront costs. Given the government’s unwillingness to go down this path, households and firms will be required instead to bear the cost through higher interest rates that will affect their consumption and investments.

Higher interest rates in this instance will also not ‘pull in’ foreign capital to firm up the exchange rate given the risk premia on the currency front as depreciating pressure deepens. With reserves in hand to cover barely two months of imports, the forex market will continue to face volatility and instability until a steady stream of capital inflows, beyond short-term swaps, emerge. Until such time, a depreciating domestic currency will increase the interest burden as calculated in that currency. If debt servicing interest rate costs are pushed persistently above the economic growth rate, Sri Lanka’s debt burden will grow steadily even in the absence of new borrowing – a context sometimes called a ‘debt spiral’.

Without a clearly spelt-out debt sustainability path, Sri Lanka seems to be placing all its bets on foreign direct investment (FDI) to ease external pressures and revive economic growth. For a successful outcome – i.e. productivity gains to drive long-term growth – the type of FDI matters. The more desirable is efficiency-seeking FDI, but this is also harder to attract. For now, a policy environment of import curbs and capital controls is more likely to see strategic-seeking infrastructure-led FDI. The latter runs the risk of switching resources to non-tradable sectors – reducing the availability of external financing over the longer term – and the prospect of a short-lived growth burst as before in the post-war years. Crucially too, the sole reliance on FDI leaves Sri Lanka at the mercy of developments beyond its control.

Rather, efforts to attract FDI should be coupled with building effective policy strategies that instill and maintain credibility. Indeed, this is all the more important as Sri Lanka appears to be firmly against an International Monetary Fund (IMF) bailout. IMF loan amounts are small and it no longer has much sway on debt relief with much of EME foreign debt held by private institutional investors and China. An IMF programme is mostly useful in firming up sovereign credit ratings and reviving the sentiments of investors. But investor sentiments can also improve if governments put forward and implement credible policy strategies. By contrast, the CBSL’s policy rate adjustment to anchor expectations, for instance, will not stick if direct financing of fiscal spending is to continue under yield control measures. Instead, market convictions on the credibility of the policy mix will drive economic fundamentals. As Sri Lanka readies to transition out of pandemic-related emergency support, some notion of fiscal and debt sustainability to anchor confidence should be the priority in Budget 2022 preparations.

* This blog is based on the comprehensive chapter on “Economic Performance and Outlook: Managing the Crisis and Promoting Recovery” in IPS’ forthcoming annual flagship publication ‘Sri Lanka: State of Economy 2021’.