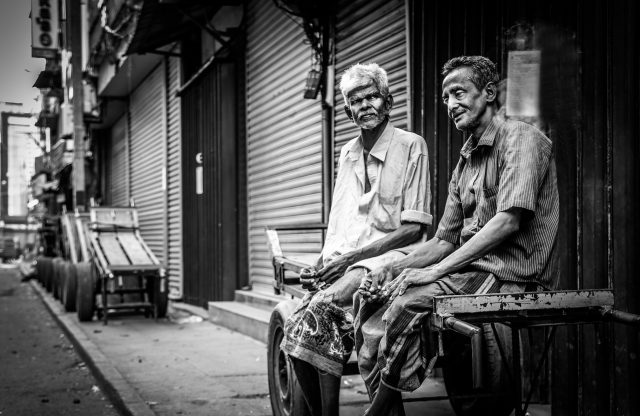 The substantial health and economic costs of tobacco consumption are well recognised. Tobacco use increases a household’s expenses, diverting a family’s limited resources away from basic needs such as health and education. Tobacco control policies in Sri Lanka have, over the years, been successful in gradually reducing the smoking prevalence rate. However, pockets of smokers remain; for instance, 28% of Sri Lankan males above 15 years still smoke.

On average, a tobacco–user household spends nearly LKR 2,000 per month on smoking.  Even the two lowest quintiles spend around LKR 1,000 per month on tobacco (see Table 1). Smoking expenditure results in a crowding-out effect whereby household expenditure on other basic needs is foregone, due to the resource constraints of poor households. This crowding-out effect would be greatest for poor families, affecting not only the smoker but the rest of the family as well. Against this backdrop and based on a forthcoming IPS study, this blog examines the impact of tobacco spending on other basic needs. This study uses Household Income and Expenditure Survey (HIES) data to investigate the impact of tobacco spending on household budget allocation. If a household reported any expenditure on any smoking product — cigarettes, cigars or beedi — that household is categorised as a tobacco-user household. The IPS study clearly shows that in the case of lower-income households, health and education spending is negatively affected by tobacco expenditure. The poorest 40% of tobacco-user households spend less on education (LKR 788), health (LKR 426) and housing (LKR 1,124) than the same economic group of non-tobacco user households, whose respective spending is LKR 834, LKR 521, and LKR 1,218 (see Table 2).

Most importantly, tobacco user households spend a higher share of their budget on tobacco than on education, health and housing. This suggests that if tobacco users were to stop smoking, they would spend more money on themselves and their family’s basic needs — food, health, education and housing. Further, household tobacco spending is a choice that will yield losses in the future, unlike spending on education and health — investments that will yield returns in the future. Tobacco users are at a much higher risk of falling sick and dying prematurely due to tobacco-related non-communicable diseases (NCDs) such as cancers, heart attacks, and respiratory diseases.

Tobacco-related illness can cause severe financial strains due to the costs of medical treatment and also from lost income thereby pushing families into poverty, depriving them of much-needed income and imposing additional costs on healthcare in the long-run.

The findings of this study suggest that spending on tobacco results in households foregoing other critical expenditure such as food, healthcare and education. As such, this study concludes that tobacco control policies aimed at reducing the demand for tobacco products would lessen household budgetary constraints, particularly for the poor, as it would free up money for basic needs.

Furthermore, given the burden of tobacco spending on the poor, it is recommended that tobacco control measures be integrated into poverty alleviation campaigns, health and nutrition programmes in Sri Lanka as practiced by other countries.

* This blog is based on IPS’ forthcoming publication ‘Talking Tobacco: How Reduced Consumption Benefits the Economy’ by Priyanka Jayawardena and Harini Weerasekera.