Towards Zero Poverty: Why Effective Targeting of Samurdhi Transfers is Essential 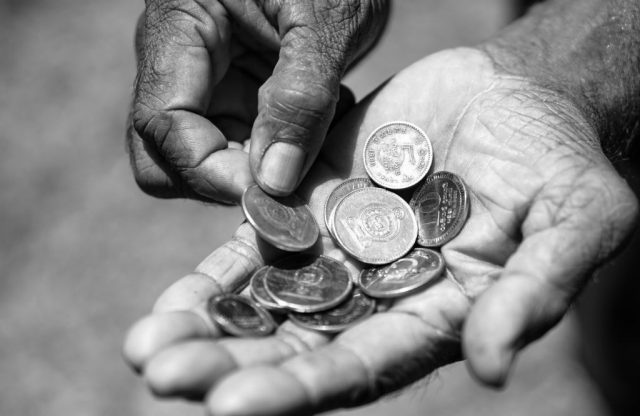 The first Sustainable Development Goal (SDG) is to “end poverty in all its forms everywhere” by 2030. While achieving the goal of zero poverty is a lofty goal for any government, it is profoundly more so for those of developing countries. The high levels of inequalities and resource constraints are the main factors that stand in the way of reaching this ambitious yet attainable aim.

There are several steps Sri Lanka can take to fast-track the achievement of SDG 1, and extend greater social protection to its most vulnerable groups. This blog analyses the Samurdhi (prosperity) programme, the country’s main poverty alleviation initiative launched in 1995, and argues that addressing its core problem of poor targeting of beneficiaries is essential to end poverty in Sri Lanka.

Where Do We Stand?

Sri Lanka has performed reasonably well in the area of poverty eradication in relation to its South Asian neighbours. As evident from the global progress towards achieving SDG 1 – Sri Lanka has reported a continually declining long-term poverty trend. The number of poor in the country has gradually declined with only 843,913 persons in poverty in 2016 in comparison to 1.3 million in 2012/13. The share of poor households has also declined from 5.3% in 2012/13 to 3.1% in 2016. The proportion of poor as measured by the poverty headcount index (PHCI) also shows a long-term downward trend with an over 70% drop during the decade between 2006 – 2016 (PHCI 2006/7 15.2% – PHCI 2016 4.1% ). The Samurdhi programme currently supports over 1.8 million beneficiaries but ineffective targeting has been a major issue plaguing the programme for several years. As a poverty alleviation strategy, its main target should be low-income groups but analysis of Samurdhi recipient households shows that the programme supports not only low-income categories but families with high income too. As of 2019, approximately 33% of Sri Lankan households were recipients of Samurdhi benefits, and this represents a proportion that is much higher than the current poverty levels. Data show that targeting has worsened over time with a lesser proportion of poor households benefiting each year. The programme, thus, suffers from both inclusion – including ineligible groups – and exclusion – excluding eligible groups – errors.

Comparison of the two most recent HIES survey periods of 2012/13 and 2016 shows that the total share of households receiving Samurdhi has increased from 16.4% in 2012/13 to 20.1% in 2016. Data further indicates that this increase is representative in all deciles except for households in decile 10 (richest). As such, this increase, while beneficial for the poor, has also tilted in favour of the rich – those that should not qualify to receive benefits under the Samurdhi programme. The Samurdhi programme should focus on supporting the ‘neediest’ groups and fully cover those belonging to the poorest income deciles as they are the most vulnerable and require assistance for livelihood sustenance. To improve its targeting errors, Samurdhi should implement a formal eligibility mechanism that thoroughly evaluates households to ensure that only poor families receive cash transfers.

The Department of Samurdhi Development recently introduced a more comprehensive set of eligibility criteria and selection process. According to the new criteria, applicants are critically evaluated based on a series of weighted criteria by a rural committee of a minimum of five members, and eligibility is determined based on the final score received. If implemented as directed, this will contribute to a reduction in targeting errors.

Apart from this, regular re-evaluations of the status of existing beneficiaries will help identify families that no longer need assistance. Better targeting will free up resources that can be redirected to the poorest groups in society. This will ensure the effective utilisation of Sri Lanka’s very limited fiscal and other resources. Furthermore, continued assistance solely targeting the poor will contribute to improving standards of living over time and ultimately lead to poverty alleviation in the long-term, and bring us closer to the goal of achieving the first SDG.

Lakshila Wanigasinghe is a Research Assistant at IPS with research interests in poverty, social welfare, development, education, and health. She holds an MSc in Economics with a concentration in Development Economics and a BA in Economics with concentrations in International, Financial and Law and Economics from Southern Illinois University Carbondale (SIUC), US. (Talk with Lakshila - lakshila@ips.lk)