Taxing Tobacco: What Did Budget 2021 Miss? 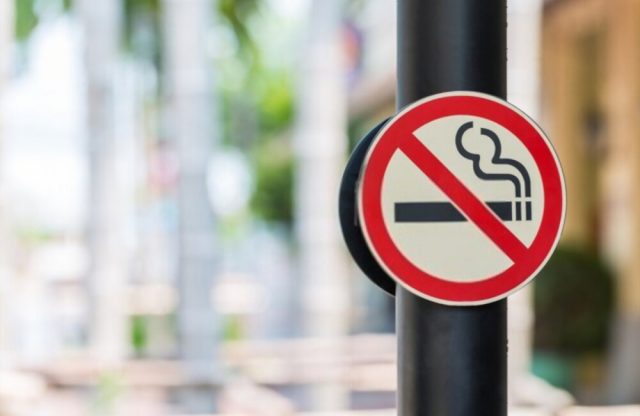 In a series of blog articles on taxing tobacco, IPS has maintained that increasing tobacco taxation has undeniable health and fiscal benefits. At a juncture when government finances are tight, policy solutions such as taxing tobacco which can be leveraged to boost government revenue without threatening economic growth are essential; such measures can be used to support additional pandemic-related spending in the coming years.

However, Sri Lanka’s 2021 Budget does not specify any tax increases on cigarettes. Instead, it proposes a simplification of taxes across a variety of sin goods and other goods. Specifically, Budget 2021 proposes to “improve the efficiency of tax collection through the introduction of an online-managed single special Goods and Service Tax (GST) in place of the various goods and service taxes and levies, imposed under multiple laws and institutions on alcohol, cigarettes, telecommunication, betting and gaming and vehicles”. Details on how such a complex proposal is to be implemented across an array of industries are yet to be revealed. This blog dissects some of these issues pertaining to cigarette tax proposals in Budget 2021. In principle, the move to digitise and streamline taxes is a step in the right direction. Effective tax administration is important to reduce illicit trade and underpayment of taxes, and it is laudable that the government intends to take steps to improve tax collection methods. However, a one-size-fits-all solution that lumps together goods from diverse industries that have vastly different optimum tax revenue-generating mechanisms, is counterproductive.

For instance, a type of tax that might optimise revenue collection for vehicles will not necessarily achieve the same for cigarettes. Further, in the case of cigarettes, it is not clear whether the newly proposed GST will replace the main tax component on cigarettes which is the excise tax, and/or smaller tax components such as VAT, and whether a tiered tax system – where different tax rates are applied on cigarettes based on length – will remain.

GST on Cigarettes: A Step Backward

While efforts to simplify and digitise taxes are commendable, if the budget proposals intend to replace the existing excise duty on cigarettes with a GST applied on price, (as GSTs traditionally are), this is a step backward. There is a strong trend internationally, to move the other way – from sales taxes to excise taxes.

Specific excise taxes that are levied on the volume of the product are recommended for cigarettes, over ad-valorem/sales taxes such as GST, which are levied as a percentage of the price of the product. This is because when the tax is applied on price, the producer has the incentive to reduce cigarette prices, to evade taxes -i.e. tobacco companies can reduce the impact of a tax increase by lowering prices, which are used to calculate the tax liability. Lowering prices to reduce tax liability is likely to decrease the government’s revenues and limit the impact of controlling tobacco use.

Specific taxation systems – in which cigarette tax is calculated based on quantity rather than price – are less susceptible to this kind of industry price manipulation than those associated with ad-valorem tax systems. As such, switching to GST in a bid to reduce revenue losses from tax evasion and illicit trade is somewhat a contradictory objective.

Rather than moving away from a specific excise taxation system, what would be more prudent is to increase existing excise taxes on cigarettes in line with inflation. Furthermore, the efficiency of cigarette tax collection can be improved by streamlining the existing five-tier tax structure for cigarettes to a uniform excise tax. A uniform tax structure will ensure that all cigarettes are subject to tax increases, thus avoiding selective actions to keep taxes on cheaper tier cigarettes low. Further, it will prevent the producer from lowering prices to move certain products into a tier with a lower tax rate. If these proposals are implemented during 2020-2023, the government can increase tax revenue from cigarettes by LKR 37 billion by 2023.

As such, the government should start by streamlining complex tax structures that exist within industries, such as tobacco, before applying a one-size-fits-all tax across industries, that might optimise revenue collection for some, but not all products. Additionally, this should be combined with measures to improve the effectiveness of the tax administration system, for example through a strong and well-enforced Track and Trace system, to reduce losses through tax evasion and illicit trade.