COVID-19 and Migrant Workers: The Economics of Repatriation 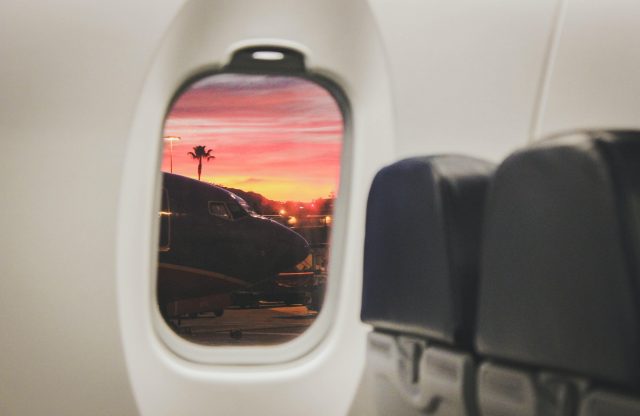 Written ahead of International Migrants Day on 18 December 2020.

Sri Lanka’s migrant workers are an integral part of our economy, with their remittances traditionally accounting for the second largest share of the country’s foreign exchange earnings (8% of GDP in 2019) after merchandise exports. After the COVID-19 outbreak and resultant difficulties, a sizeable proportion of migrants looked forward to a safe return home. This blog, written to mark International Migrants Day, examines the experience and challenges in the repatriation process, and offers suggestions on the way forward.

Sri Lanka has found the process of repatriating vast numbers of Sri Lankans abroad since the closure of international airports for inward travel hugely challenging. The government coordinated large-scale repatriation missions to bring home different categories of migrants – such as students, pilgrims and workers – including those undocumented. By mid-October 2020, after bringing home over 54,000 citizens, at least another 43,000 migrants remain to be repatriated. Compared to the total of 4,992 and 1,179 repatriations handled in 2017 and 2018 respectively, the current scale of repatriations is challenging the capacity of the relevant authorities.

Nevertheless, such high fees are defended based on cost factors including having to charter flights, fly empty flights on the way to pick Sri Lankans, airports not being fully operational, and the absence of service contracts leading to higher fees for landing, parking, and ground handling, etc. Moreover, the special COVID-19 airline operational procedures and operating below capacity contribute to higher per passenger cost.

With the prolonged closure of entry points, the number of Sri Lankans wanting repatriation kept rising. Despite high demand, the timing of repatriation had to be a function of capacity to provide medical and quarantine facilities, due to the trade off in allocating spots between those already here and returnees. As such, repatriation efforts were stalled on many instances, such as in end-May due to the high rate of infection among returnees under the Kuwait Amnesty,  in July due to the expansion of the Kandakadu drug rehabilitation centre cluster, and in October due to the emergence of Minuwangoda and Peliyagoda  clusters.

Similarly, the government adopted a “rotational selection of destinations for repatriation – with high risk as well as low risk destinations interspersed” to minimise the threat of infections among repatriated. Within countries identified for repatriation, migrants were selected based on need and vulnerability such as undocumented workers, newly unemployed, and those deprived of salaries.

Role of the Private Sector

The combination of capacity constraints, excess demand and willingness to pay gradually has created a market for repatriation. The result was a fee-based repatriation package for travel and quarantine. While state-sponsored quarantine facilities were available, the paid option for quarantine was a minimum of LKR 7500 per day for the 14 days in a hotel including hotel transfer and two PCR tests. Both types of quarantine services are under government supervision, while the latter provides more amenities.

In August 2020, the paid full package repatriation from Kuwait in twin-shared occupancy was  approximately LKR 250,000,  while the cost from Saudi Arabia was LKR 220,000.  However, the cheaper (sharing) option among paid quarantine involves the risk of extra 14 days of paid quarantine, should the other shared guest test positive for COVID-19. As such, the popular choices were single occupancy paid quarantine and state-sponsored free quarantine. Along with hotels offering paid quarantine facilities, private entities became involved in coordinating repatriation. Similarly, proposals were submitted for the full package of travel and quarantine, i.e. transportation and  two weeks quarantine aboard a ship.  Now, amidst lobbying by medical stakeholders for private sector medical care for COVID-19 patients, the future repatriation packages are likely to include the choice of paid or state sponsored treatment should the migrant test positive for COVID-19.

With paid repatriation services, related scams emerged where prioritised services were offered for a premium price or to facilitate entry permission to Sri Lanka. Similarly, there has been confusion about repatriation information. For example, as revealed during interviews for this blog, one returnee from Dubai in July had misunderstood the per day fee and as the total fee and was unable to pay for quarantine facilities received in a hotel in Galle. Moreover, a group of migrants who were repatriated on December 3, 2020  had started the journey by stating their intention to undergo paid quarantine, but upon arriving insisted on state-sponsored quarantine. Amidst allegations of corruption, (E.g. embassy officials in UAE are alleged to have received between LKR 50,500-100,000 to ensure  a seat on immediate flights), if this change of heart of returnees upon arrival was not a genuine confusion, it raises the question if opting for paid quarantine is an express channel for repatriation?

The stepping in of the private sector is timely to ease the government’s burden, and saves capacity in state-sponsored quarantine facilities. Similarly, the anticipated reopening of Sri Lankan borders for inward travel would reduce the stock of Sri Lankan migrants on the repatriation list, and would make room for those unable to afford paid return. In the interim, a more inclusive, affordable and transparent approach is needed to minimise the financial and emotional cost to Sri Lankan migrants awaiting repatriation. Some strategies are: