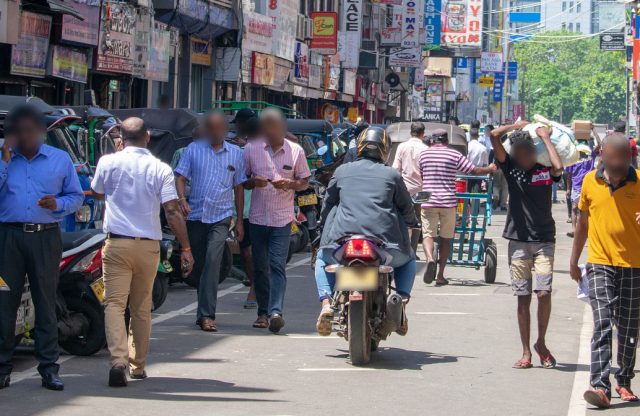 “I stopped smoking after being diagnosed with cancer. I was shocked when I heard about it. Doctors say it is because of tobacco smoking. I know it is late now to quit, but I decided to do so because I do not want my condition to worsen. It is heart-breaking to go to the cancer hospital in Maharagama and see what people are going through.” – A 58-year-old farmer from Kilinochchi

These are the words of a 58-year-old farmer from Kilinochchi who started smoking in his youth  while participating in a recent study conducted by IPS. It is a sobering reminder that while Sri Lanka has made notable strides in reducing the overall smoking rate from 38.1% to 28.4% between 2009 and 2018, smoking remains a significant health threat. The challenge for Sri Lanka now is to identify the groups where smoking prevalence is highly concentrated – what we term the ‘Last Mile Smokers’ (LMS) – and implement policy measures that are specifically designed to reduce smoking among LMS.

The benefits of reducing the prevalence rates among LMS are substantial as tobacco smoking comes with high health, social, economic, and environmental costs. Tobacco consumption kills more than 20,000 Sri Lankans, annually.  In 2016, tobacco smoking cost the Sri Lankan economy LKR 213.8 billion, equivalent to 1.6% of its GDP.

Against this backdrop, the IPS study identifies LMS categories, explores important dimensions of their smoking behaviour, and proposes a set of targeted policy measures that facilitate reaching them. This blog highlights some crucial findings and outlines policy responses to reduce smoking prevalence among the LMS.

LMS in Sri Lanka – Secondary data reveals that the LMS tend to be older men (those in the 40 and above age category), from poorer backgrounds, and often living in rural areas. Young men from a non-schooling background also have high rates of smoking. Persons occupied in ‘skilled agricultural and fishery workers’ and ‘craft and related workers’ occupational groups tend to smoke more. Further, Nuwara Eliya, Vavuniya, Mullaitivu, Mannar, and Kilinochchi districts recorded the highest percentage of detected smokers in 2016. A series of discussions with different LMS groups across the country identified the following salient characteristics of LMS.

“We have neither heard about cessation support nor have we participated in such programmes…There have been many instances where we wished that there was someone or some support that would encourage or motivate us to stop smoking. We like to stop, but we do not have access to such support programmes.” –  42-year-old male tea estate worker from Hatton

How to reduce LMS numbers?

To continue reducing the prevalence of tobacco use, the government needs to strengthen tobacco control policies and introduce targeted policy interventions that reach LMS categories.

Reducing smoking prevalence among the LMS would be beneficial for the public healthcare system and the entire economy yielding huge financial benefits and ensuring a labour force that is healthy, fit and productive. It would also make families happier and create a greener environment.

*This blog is based on IPS’ latest publication ‘Tobacco Smoking in Sri Lanka: Identifying and Understanding the Last Mile Smokers’.  The study was funded by Cancer Research UK and field work was facilitated by the Alcohol and Drug Information Centre (ADIC).