A Win-Win Strategy: Why the Government Should Increase Tobacco Taxation in the Forthcoming Budget 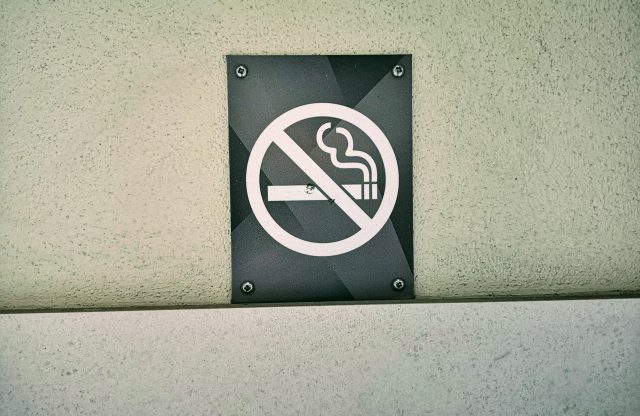 The COVID-19 pandemic has left many economies struggling to revive economic activity and boost growth. Economic stimulus packages of varying sizes, shapes and forms have been disbursed by governments around the world to keep their economies afloat. What this means is that governments of developing countries in particular, face extremely tough fiscal policy choices; in some cases, compelled to spend money that they do not necessarily have.

Sri Lanka is no exception to this. COVID-19 has pushed what was already a high spend-low revenue economy into further fiscal turmoil. IPS has stressed that getting the country’s fiscal house in order is the need of the hour, in order to effectively respond to the pandemic, on top of dealing with an already mounting debt burden.

When government finances are tight, policy solutions that can be leveraged to boost government revenue without threatening growth and which support additional pandemic-related spending in the coming years, are essential. Increasing tobacco taxation is an excellent example.

A recent study by IPS projects that government tax revenue can be boosted by LKR 37 billion by 2023, if taxes on cigarettes are streamlined and raised in line with inflation. Although the government assumed a policy stance of cutting taxes across the board when they came into power, excise taxation of sin-goods such as cigarettes is one area where it is still politically feasible to raise taxes in order to boost much needed revenue. For example, back in 2019, the government increased excise taxes on tobacco to offset an overall reduction in VAT rates on goods. This month’s budget is therefore an opportune moment to increase tobacco taxation, which will simultaneously help raise revenue at a critical time for the country, and generate significant and positive health benefits that would flow from reducing smoking.

Although tax rates on some types of cigarettes in Sri Lanka have been raised in recent years, the most-sold brand of cigarettes in the country remains affordable according to the World Health Organization (WHO) affordability index. Further, the tax structure for cigarettes is not streamlined, and tax policy changes have been implemented in an ad-hoc manner. What this means is that there is further space to reduce cigarette affordability by using appropriate tax policy. This will ease health costs to the government from tobacco related-illness which can then be redirected towards pandemic related health costs, whilst also securing additional tax revenue in these difficult times.

In order to do this, IPS recommends in our latest study, that the government and related institutions deploy an incremental approach to revising cigarette taxes over the next four years (2020-2023). Sri Lanka currently has a 5-tier tax structure for cigarettes based on cigarette length, some of which remain affordable and accessible to the young and poor in particular. Adopting a uniform excise tax system that is periodically adjusted for changes in inflation, in line with the WHO Framework Convention for Tobacco Control (FCTC) protocol, will reduce overall affordability of all types of cigarettes.

Implementing these recommendations will result in Sri Lanka’s government revenue from cigarettes increasing by Rs 37 billion by 2023; cigarette consumption reducing from 1 billion sticks by 2023; and prevention of 140,000 premature deaths from cigarette consumption in the future. Additionally, a forthcoming study by IPS finds that the net effect of tobacco control policies on national income is positive, as a result of consumers switching their spending from tobacco products to other goods and services.

A Link between Tobacco Taxation and Illicit Trade?

While industry lobbyists, the world over, are resistant to cigarette tax increases, and argue that increased taxes promote illicit tobacco trade and beedi consumption – the evidence shows otherwise. According to WHO FCTC Knowledge Hub research, there is a negative correlation between illicit trade share and cigarette prices, globally (Figure 1). Instead, it is the existence of informal trade channels, easily crossed borders, weak governance, ineffective customs/tax administration, corruption and complicity of producers/importers, among other reasons, that cause large-scale illicit trade of tobacco. Hence, illicit trade should be controlled through organisational changes in tax administration such as more investigations, more tax and customs officers, and technology, rather than by keeping cigarette taxes/prices low.

Similarly, there is concern that beedi consumption has risen due to tax increases on cigarettes. However, the Alcohol and Drug Information Centre (ADIC) trend surveys over the years have found that there is no pattern of switching from cigarettes to beedi in response to cigarette price increases. However, authorities should consider taxing beedis too; avoiding tax increases on cigarettes, on the other hand, will not aid in reducing consumption of either cigarettes or beedis. Moreover, controlling the consumption of various tobacco products needs to be tackled using different strategies, as outlined by internationally recognised sources such as the WHO. Source: WHO FCTC Knowledge Hub at University of Cape Town – based on WHO and Euromonitor Data, 2012

While the budget deficit cannot be bridged merely by increasing taxes cigarettes – it will provide a much-needed source of additional revenue at a time when higher fiscal spending is crucial to mitigate the fallout from the pandemic. It costs nothing for the government to implement, and has twin advantages of accruing both health and fiscal benefits; that is, reducing cigarette consumption, premature deaths and the smoking prevalence rate, while increasing government revenue.