Tobacco Economics: How Reduced Consumption Benefits the Household and the National Economy 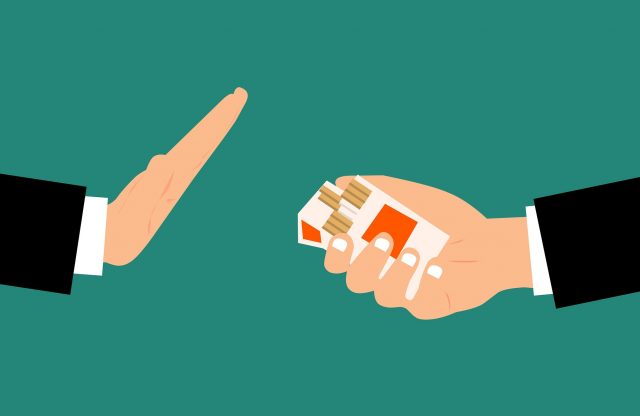 On average, a tobacco-user household spends nearly Rs. 2000 per month on tobacco, constituting 4% of the household budget. Spending on tobacco can drive out other critical expenditures, including basic needs. This crowd-out effect would be greatest for poor families, affecting not only the smoker but the rest of the family as well. Smoking, therefore, is not only unhealthy but costly.

“We feel guilty when our family members complain about not having sufficient money to buy food provisions… If I had not wasted money on cigarettes, we could have used that money for other needs.” – Male driver at an IPS Focus Group Discussion in Colombo (November 2019).

When tobacco users stop smoking, they spend their money freed from tobacco products on other goods and services — food, health, education. Although Sri Lanka has made good progress over the years, in reducing the prevalence of tobacco use to 28.4% of males above 15 years, further action is needed to target the ‘Last Mile’ of tobacco users. These remaining smokers are concentrated among over 40s, low income males. Targetted policies to reduce tobacco consumption among these groups would enhance the economic well-being of these tobacco-users and their families, who are more likely to be poor, as it would free up money for basic needs.

In addition, tobacco users are at much higher risk of falling sick and dying prematurely due to tobacco-related diseases such as cancers, heart attacks, and respiratory diseases. Tobacco-related illness can cause severe financial strains – pushing families into poverty, by depriving them of much-needed income and imposing additional costs for health care in the long-run.

Beyond the household level, switching consumer spending from tobacco products to other goods and services, positively impacts the national economy as well.

IPS’ ongoing study on the ‘Impact of Tobacco Control on National Income’, reveals that reduction of tobacco products will have a positive rather than negative impact on the national income.

Following the  Economics of Tobacco Toolkit  developed by World Bank, IPS research examined the impact of tobacco consumption reduction on the national economy, using the national input-output tables developed by the Department of Census and Statistics (DCS).

Impact of tobacco spending on the household budget

Poor families in particular spend a larger proportion of their income on tobacco. Among the poor, tobacco-using households allocate a significantly lower budget share to all commodity groups (except for other expenses) than non-tobacco user households. Note: *This includes expenses on durable and non-durable goods, alcohol and other expenses.

Tobacco control measures are designed to reduce consumer demand for tobacco products. This shift in demand can lead to reduced spending on tobacco products and increased spending on other goods and services. Thus, income loss in the industry related to tobacco can be countered with income gain in other industries, based on consumer non-tobacco spending, due to money saved from reduced tobacco expenditure.

Despite the obvious threat of tobacco to human health, many governments, have not taken significant action to tobacco control, partly due to concerns about the undesirable consequences on national income. The fear of the possible negative impact on national income by reduced tobacco production is due to a lack of information.

IPS study reveals the net effect of tobacco control policies on national income is positive, as a result of consumers switching their spending from tobacco products to other goods and services.

With the application of World Bank developed economics of tobacco methodology, IPS study reveals a 20% reduction in tobacco expenditure will lead to 30% net benefit to the economy through increased consumption of non-tobacco goods and services. The study assumed that the money released from tobacco purchases is spent on non-tobacco goods and services in proportion to consumption pattern of HIES survey. Thus the IPS study offers compelling evidence that reduced tobacco consumption will yield net positive gains for Sri Lanka’s economy, as evidenced in other countries like Vietnam. The findings of the IPS study highlights the importance of tobacco control policies in Sri Lanka. Implementing tobacco control policies to reduce smoking prevalence will enhance the economic well-being of people, particularly the poor, as it would free up more resources for basic needs such as food and education, thereby resulting in a positive gain for the whole economy. This is very important information for policy-makers who are hesitant to make tobacco control efforts.

For a developing country like Sri Lanka, it is essential to integrate tobacco control measures into poverty alleviation policies and programmes to benefit the individual, the household and the national economy.