Controlling NCDs in Sri Lanka in the Age of a Pandemic 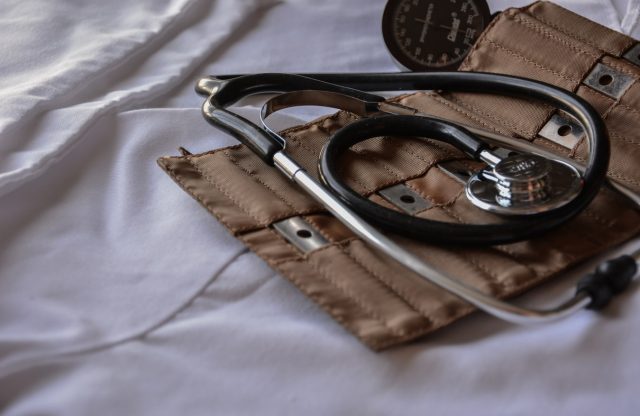 According to the World Health Organisation (WHO), noncommunicable diseases (NCDs) accounted for 83% of all deaths in Sri Lanka in 2016. Even more concerningly, the WHO states that those with pre-existing NCDs, such as cardiovascular diseases, chronic respiratory diseases, diabetes or cancers, are at a higher risk of becoming severely ill with COVID-19. As such, those affected by NCDs need to take extra care to avoid contracting the COVID-19. In this context, it would be useful to take a closer look at the status of NCDs in Sri Lanka. This blog highlights the incidence of NCDs, by sex, age groups and income levels, based on the Household Income and Expenditure Survey-2016, (HIES-2016), conducted by the Department of Census and Statistics (DCS). It also discusses directions for future research on NCDs and provides recommendations to tackle the NCD challenge. Status of NCDs in Sri Lanka

HIES-2016 data shows (Figure 1) that the incidence of NCDs is higher for females (22.2%) compared to males (19.0%). However, according to the WHO, males (30-70 years) in Sri Lanka are at a greater risk of dying prematurely due to NCDs (22.0%), compared to females (13.0%). There is thus a mismatch between NCD mortality rates and incidence rates between the sexes.

The analysis shows that the reported incidences of NCDs are lower among the poor (Figure 2). These findings indicate that some men and those who are poor may not be aware that they are suffering from NCDs. As such some of these conditions can go unnoticed till it is too late. According to the WHO, this makes treating these diseases more expensive and complicated. It is also useful to look at the patterns of reported incidences of NCDs for both men and women by age groups. Figure 3 clearly shows that the incidence of NCDs starts increasing gradually after reaching the age of 25 years, with around 5% observed to be suffering from NCDs. After the age of 35 years, there is a sharp increase in the incidence of NCDs, reaching around 60% after 70 years. Although males show a lower incidence compared to females, the actual incidences could be more for men than for females, as the risk of premature deaths is higher for males. These observations could be useful to health planners, researchers and policymakers.

The analysis highlights the gravity of issues related to NCDs in Sri Lanka, although the HIES 2016 does not provide specific reasons for the above findings. As such, comprehensive research by health professionals is essential to help health policy planners to formulate strategies to minimise premature deaths due to NCDs in Sri Lanka. The researchers should study the following:

(i) Why is the incidence of NCDs  low for males, compared to the females, while the risk of premature deaths is higher for males? Are some men not aware that they are affected by NCDs until it is too late, while most women may be aware of their status of health as they get monitored frequently during pregnancy, at childbirth and even after?

(ii) Why do the poor show a lower incidence of NCDs compared to richer groups? Is it because poor people have inadequate access to health facilities and are unable to get their health monitored regularly, while the rich have easy access and resources to do so, or is it simply due to  unhealthy consumption patterns and lifestyles of the rich?

(iii) What are the factors influencing the exponential increase in the incidence of NCDs after the age of 35 years, which is a major concern for both males and females?

Effective awareness programmes need to be developed and health advice should be given to people well before they reach the vulnerable age group (35 years and above) so that they can take necessary precautions to avoid NCDs.

School educational programmes could be an effective way to improve awareness on causes, early symptoms, prevention, consequences and control of NCDs. It is necessary to ensure equitable access to health care facilities and medicines, irrespective of where the people live, their socioeconomic status, gender, age, ethnicity, etc.