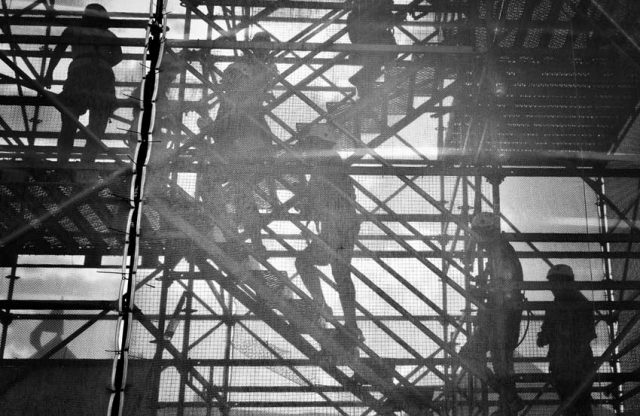 The COVID-19 pandemic emerged as a public health crisis, and morphed into a global economic crisis, with severe impacts on commercial activity, employment, and trade. The International Labour Organisation (ILO) describes COVID-19 as the “worst global crisis since the Second World War”.

Sri Lanka has not escaped unscathed and the pandemic has affected revenue streams of many businesses in the country. Due to the current crisis, businesses across a range of economic sectors — manufacturing, travel and tourism, and service industry are experiencing catastrophic losses, as a result of the control measures that restrict business operations and the movement of workers. A significant drop in economic activities and demand for goods and services will lead to more redundancies. The impact is more harshly felt by unprotected workers. Currently, more than 1.7 million temporary employees in the private sector are at the risk of facing drastic wage cuts and layoffs.

The latest statistics from the Department of Census and Statistics (DCS) reveal that Sri Lanka’s unemployed population rose by 100,000 during the first quarter of 2020, coinciding with the start of the lockdowns. It also indicates more job losses in the coming months, while those who are unemployed will be desperate to find new jobs to survive in this time of uncertainty. Given this background, this blog discusses key issues that need to be rectified in Sri Lanka’s labour market policies to face similar emergencies in the future.

The Precariousness of Temporary Employees

Sri Lanka has experienced an expansion of temporary forms of jobs in recent decades. As of 2018, out of the 2.8 million private-sector employees, 60% were temporary workers. Unlike those engaged in permanent jobs, these temporary workers lack the necessary protection – such as job security and social security benefits.

IPS research has revealed that most of the temporary employees are not given a written contract. Although there is a statutory obligation to issue a letter of appointment to employees, around 90% of temporary and casual employees do not receive a written contract. In a crisis situation like the current COVID-19, temporary workers who do not have an employment contract face the risk of drastic wage cuts and layoffs.

Although the Employees’ Provident Fund (EPF) Act covers any employee, irrespective of whether they are permanent, temporary, casual or shift workers, the majority of temporary workers do not benefit from social security schemes. In fact, of the temporary workers, 88% are not covered by the EPF Act.

IPS research has shown that there are two key reasons for the increasing number of temporary forms of employment in Sri Lanka. Supply-side issues such as the lack of education, experience, and skills compel workers to engage in temporary forms of employment. Further, employers exploit workers by recruiting them as temporary workers to fill permanent job roles, while denying them the rights granted to permanent employees.

Sri Lanka provides employment security – not labour market security. For instance, Sri Lanka does not permit a ‘hire and fire’ policy that employers in many foreign countries are allowed. Sri Lanka is the  fourth highest severance paying country in the world for redundancy dismissal. Excessively restrictive legislation discourages formal job creation and fail to provide real protection, as employers find loopholes and ways around the rules.

Currently, Sri Lanka does not have an unemployment insurance (UI) scheme and its active labour market policies are weak.  Although the government proposed a UI scheme in 2003, disagreements about financing hindered its implementation.

The pandemic has been a wake-up call for Sri Lanka, revealing serious gaps in the country’s labour market policies and social protection systems. This crisis shows the importance of increasing the flexibility of the labour market and the need to move towards income protection, rather than job protection. The government could facilitate permanent employment in the private sector by introducing strategic protective measures to safeguard workers’ rights and benefits, such as unemployment insurance and universal pension schemes.

Given that the Employees’ Trust Fund (ETF) provides some income support when unemployed, the government can consider converting the ETF to a proper UI scheme. The ETF can be transformed into an UI scheme for all categories of workers, based on a fair sharing of the cost between employers, workers, and the government. This is an essential step towards promoting decent work and supporting transitions from the informal to the formal economy, and a job-rich recovery in Sri Lanka.

With the existing social security system, Sri Lanka faces challenges in meeting the social security needs of a large and growing informal sector. A social insurance scheme could be introduced to extend coverage to those currently ineligible for any existing scheme. It is necessary to ensure adequate social protection coverage for all informal workers, temporary workers, daily waged workers, and self-employed workers. Such a social insurance scheme will safeguard those who have lost livelihoods in a crisis.

It is also vital to implement active labour market policies to support re-employment. Due to the current crisis, there are possible labour market changes which will result in significant shifts of workforces from struggling sectors to the booming sectors. The government should take measures to re-skill unemployed workers, as it is the key to their transition to new employment in booming sectors. Such programmes should be more work-oriented and focus on skills that are in high demand.

*This blog is based on IPS’ forthcoming ‘Sri-Lanka: State of the Economy 2020’ report on ‘Pandemics and Disruptions: Reviving Sri Lanka’s Economy COVID-19 and Beyond’.