(Not) in the Same Boat: Who is Hit Hardest by the COVID-19 Wave in Sri Lanka? 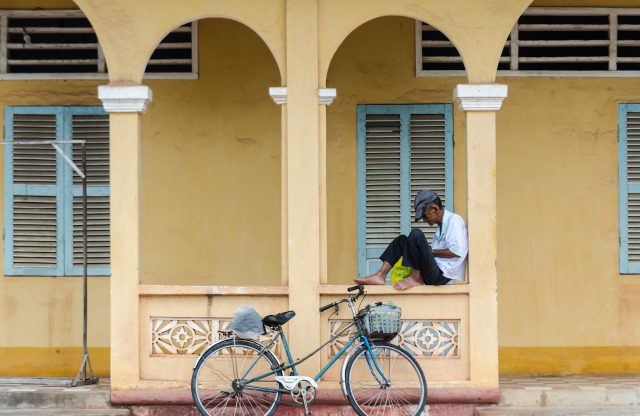 The World Bank has estimated that around half a billion people worldwide could slip into extreme poverty, due to the spread of COVID-19, and subsequent control measures taken by governments. Although Sri Lanka has low levels of extreme poverty, the stringent measures taken to control the pandemic will have a devastating effect on the poor. This blog highlights the plight of the poorest and most vulnerable Socioeconomic Groups (SEGs) in Sri Lanka, during the COVID-19 pandemic and beyond. The identification of such SEGs is based on the Household Income and Expenditure Survey-2016 (HIES-2016), conducted by the Department of Census and Statistics (DCS).

Poverty in Sri Lanka before COVID-19

In Sri Lanka, income poverty declined from 26.1% in 1990 to 4.1% in 2016. However, there is a significant concentration of near poor (around one million), living just above the National Poverty Line (NPL). Based on national estimates, including Multidimensional Poverty, there are around 2.5 million suffering from some form of poverty or near poverty. As Sri Lanka has now been reclassified a Lower Middle Income Country (LMIC), under these standards, 9.5% or 1.96 million of Sri Lanka’s population are poor, which is a significant number. This means that there is a large number of Sri Lankans who are vulnerable to the long-lasting effects of the present crisis. Moreover, those who are borderline/near poor, could easily slip into poverty, especially those engaged in informal activities, daily wage earners, etc.

In this context, the most vulnerable SEGs are persons in households headed by (1) Retired, Elderly, or Disabled; (2) Skilled Agriculture, Fishery or Forestry Workers; (3) Nonagricultural Labourers; (4) Craft and Related Trade Workers; (5) Agricultural Labourers; and (6) Persons engaged in Household Work. More than 85% of the poor and near poor in Sri Lanka belong to these SEGs. Estimates of Multidimensional Poverty (MDP) and near MDP also confirms that these SEGs are the most deprived and vulnerable (accounts for more than 90% of MDP or near MDP in Sri Lanka). Due to the pandemic, there will be a deterioration in the standard of living of most of the poor and near poor, as their livelihoods and income sources are adversely affected.

Pandemic’s Disproportionate Impact on the Poor

COVID-19 has made life difficult for everyone. However, its economic impact differs greatly, according to age, the composition of the household, location, type of housing unit, type of employment, income levels, and other factors. The poor will find it extremely difficult to survive when movements are restricted for long periods, curtailing their daily incomes. Most of them do not have savings and are not able to stock up on basic essential food items, let alone purchase hand sanitizers, masks, and hygiene products needed to protect themselves from the disease. Even physical distancing is nearly impossible for those living in highly congested urban areas. As such, the poor face a higher risk of contracting COVID-19 and spreading it. Most of the poorer groups are helpless and it may take a long time for the poor families to recover, while some may drift even deeper into poverty.

The government’s main relief measure to ease financial challenges and other difficulties faced by the poor and near poor, whose livelihoods were severely affected, was to make two payments of LKR 5,000 to low income families, all recipients of the senior citizens’ allowance, farmers registered under Farmer Insurance Scheme, kidney patients, and samurdhi recipients. In addition, relief was provided on the payment of lease installments of 1.5 million self-employed persons, including owners of three wheelers, trucks, school buses and vans, and self-employed motorists. A grace period on debt repayments was also allowed.

While, the above relief measures and the distribution of food and other essential items by welfare organisations, helped to tide over the poor they were just temporary steps. For instance, as “craft and related trade workers” is one of the poorest groups and the heads of households in this group is mainly in the construction sector, the early revival of activities of this sector is essential to push them out of poverty. Still, many people are reluctant to get their services at the household level as they are worried about contracting the virus. Once the major construction activities gain momentum, such workers and labourers involved in such activities will be in demand.

As the most vulnerable SEG is those living in households headed by persons who are too old to work or disabled persons, this group will need special attention and continued support through welfare programmes to prevent them from slipping deeper into poverty. The families headed by those engaged in household work will also need special attention. Providing opportunities to work from home may help such households.

It is heartening to note that the government has given high priority for the development of the agriculture and fisheries sector, as those engaged in these two sectors are among the poorest. It is important to develop effective mechanisms to ensure that both the producers and the consumers are not exploited by middlemen who try to cart away the bulk of the profits. If this sector is properly managed, it could be made one of the main foreign exchange earners and an effective way of alleviating poverty in the agricultural sector.