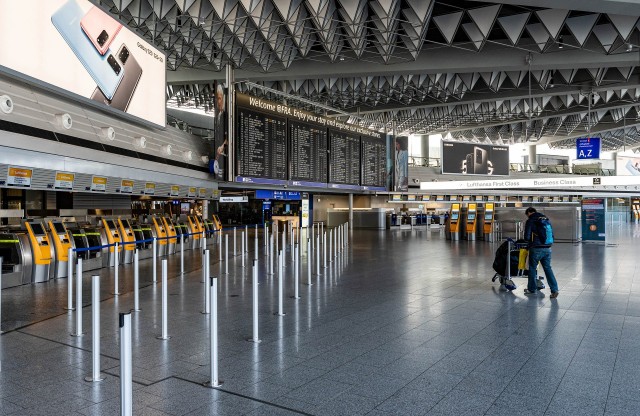 Sri Lanka, which has been sending workers abroad for employment for decades, is now faced with the formidable challenge of repatriating large numbers of migrant workers affected by COVID-19. Having successfully brought back students from China, UK, Australia, and South Asia and pilgrims from India, the authorities are now making plans to repatriate large numbers of migrant workers.

But, unlike bringing home students and pilgrims, this upcoming repatriation exercise involving migrant workers calls for a continued coordination with the returnees, beyond the period of travel and quarantine. This blog dissects the nuances of labour migration, lost foreign employment opportunities, and repatriation brought about by the spread of COVID-19 and provides policy recommendations to successfully re-enter foreign labour markets.

Need to Return and Repatriate

The COVID-19 pandemic resulted in Sri Lankan origin migrant workers returning to the country in large numbers, during the first half of March 2020. The influx of returnees up to mid–March comprised mainly workers in South Korea, Italy, and other European countries. But, with the closure of the Sri Lankan air and sea ports for arrivals on 19 March, many were unable to return. As of mid-May, the number of migrant workers waiting to return to Sri Lanka has further increased. This includes those without jobs in their countries of destination, possibly due to being laid off as a result of the economic downturn caused by the pandemic and those who have ended their employment contract and were due to return anyway. Additionally, it includes migrant workers still holding a job but are underemployed or fear becoming unemployed in the near future, and those who are willing to give up a secure job to safeguard themselves from the raging pandemic. Latest estimates show that around 17,000 migrant workers and their families are trying to return to Sri Lanka, and the government has planned out a meticulous scheme to repatriate them. This involves prioritising those hoping to return based on the countries of destination, and within countries, prioritising based on the type and the situation of these migrant workers. For instance, repatriation from Kuwait will be fast-tracked to make use of the amnesty granted to those without valid entry documents. At the same time, the government is nudging migrants who are still holding a job to reassess their situation in their countries of destination and consider their plight in Sri Lanka once returned.

Regardless of the returning migrant workers and those who could not take up their planned foreign jobs, the labour market in Sri Lanka has been feeling the impact of COVID-19 in many ways. For instance, hundreds of thousands of informal sector workers immediately became unemployed or underemployed with the economic shutdown on 20 March. Now, private sector employees are hit by the unemployment/underemployment wave. In short, even without factoring in the returning and the ‘would-have–been’ migrant workers, the Sri Lankan labour market was already in turmoil from COVID-19.

With a growing unemployment rate, Sri Lanka should rapidly start programmes to address the unfavourable repercussions of the pandemic on the labour market. In doing so, special strategies should be developed to handle unemployment associated with migrant workers. As such, just as the government has invested time and resources to carefully plan a large scale repatriation exercise of migrant workers, it has to be complemented with a detailed plan to address the resulting labour market challenges.

i.     SLBFE to provide online programmes or short videos to help them maintain their skills and training.

i.     Instead impose the ban on a list of selected countries, with selection to be done on a scientific/medical basis.

i.     Provide additional flexibility for employers who have previously employed Sri Lankan workers.