Coping with COVID-19: Economics of Social Media Based Business in Sri Lanka during Crises 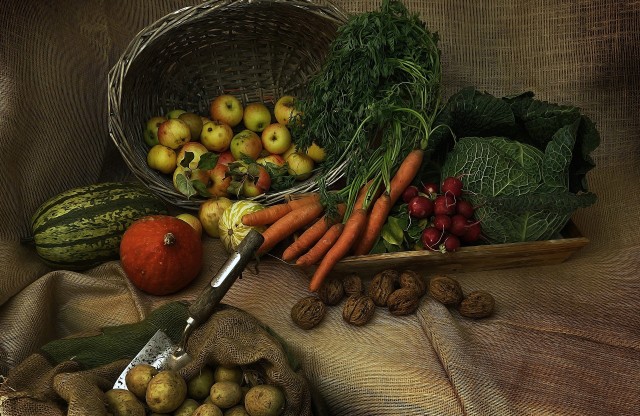 By Kithmina Hewage and Harini Weerasekera

As of January 2018, there were six million active social media users in Sri Lanka, accounting for 30% of the population. The prominence of social media as a platform for information exchange – both globally and in Sri Lanka – is well documented. The current COVID-19 pandemic is probably the first major global crisis to take place in the social media age. Social media outlets such as Facebook and Twitter, which did not exist or was at a nascent stage during previous global crises, such as the September 11 terrorist attacks or the 2008 financial crisis, are currently facilitating important conversations about the COVID-19 pandemic. At the same time, it has also become a hotbed for disinformation and sensationalism. The unprecedented level of information available to social media users, however, has also created opportunities for broader usage of these platforms for activities such as contact tracing and economic activity.

Given the complete cessation of usual business practices in Sri Lanka for the past six weeks, due to prolonged curfew, businesses of all sizes have begun to use social media as their preferred platform to continue commercial activities. For instance, in addition to established online platforms such as PickMe coordinating their delivery services through their mobile apps, many major supermarkets and other vendors have also started connecting to their customers directly via platforms such as WhatsApp and Facebook. Similarly, social media based Micro, Small, and Medium Sized Enterprises (MSMEs) have also attempted to restart their service provision, amidst several limitations. This blog discusses the impact of crises on social media based MSMEs in Sri Lanka.

Over the past two years, social media based MSMEs in Sri Lanka have had to cope with different types of external shocks, which have posed both opportunities and challenges. The COVID-19 pandemic is further evidence of the vulnerability of small businesses – irrespective of whether they rely on traditional or online sales – around the world. Firms operating at this scale are often dependent on daily business activities, since margins are usually thin and cash reserves are limited. In light of social distancing measures and curfews curtailing service provision, social media based MSMEs are one group, among others, which is affected. In Sri Lanka, a majority of such companies (60% of the surveyed companies) operate in the informal sector and are not registered with the Registrar of Companies.

However, for some social media based MSMEs – particularly those operating in the food industry – the unprecedented rise in demand for home-deliveries during the curfew period, is an economic opportunity. Particularly home bakers and food caterers who were already operating from home, via social media, and are already using established delivery systems, have a distinct advantage over MSMEs that were only relying on traditional sales platforms. This has also meant that these companies must strategically alter business operations to meet higher than average volumes of demand. However, even among social media based businesses in the food industry, those that rely on take-away and pick-up are likely to suffer, given that customers are unable to access these options during lockdown.

However, with these benefits, a host of new challenges have emerged for social media based MSMEs, during this pandemic. For instance, due to recent actions of a few online competitors, over-charging of goods has come to be seen by consumers as a new concern in the online sales-space. Such issues have increased the urgency to formulate a policy framework that governs social media based business transactions. For instance, the absence of a legal framework that protects both the interests of consumers and producers for dispute resolution was cited as problematic by those surveyed, even before the pandemic. In addition, only 27% of surveyed respondents believed that the current policy framework in Sri Lanka is supportive of small online based businesses.

Prior to the crisis, the most popular payment methods for social media based MSMEs were direct bank transfers (100%) and cash-on-delivery for payments (80%). Meanwhile, amongst MSMEs, online payments using debit/credit cards are significantly low (17%) due to the high cost of payment gateways. Notably, under the current curfew measures, however, access to cash has been limited, since the public is unable to access banks and ATMs, unless provided with mobile ATM access. Therefore, reduced access to cash amongst consumers would consequently drive down business for these MSMEs.

Moreover, the current crisis has also highlighted the low level of online banking usage within the Sri Lankan economy. Central Bank of Sri Lanka’s statistics of online payments, as well as information provided through recent annual reports of several banks in Sri Lanka, suggest that less than 15% of the country’s banking customer base has access to online banking facilities. This number falls even further when considering online banking activity. As such, the ability for consumers who usually depend on cash-on-delivery to migrate to direct bank transfers is somewhat limited, affecting demand for social media based MSME produced goods and services even further. Currently, many banks have attempted to promote their e-banking services, and it would be in the best interests of the economy to continue the momentum towards encouraging such platforms even once the situation normalises.

Beyond the current crisis, as Sri Lanka steps into a phase of development where digitalisation of services is being prioritised (government services, doing business procedures, etc.), the role that social media platforms play as enablers of business activity should not be underestimated. Particularly for segments such as MSMEs and youth, social media platforms are increasingly becoming the primary engagement platform for business activities, including advertising, selling, and delivery. Amidst the high potential for growth, however, several structural and policy mechanisms appear to be inhibiting the growth of these businesses. The current crisis may potentially create much needed impetus for the Sri Lankan economy to embrace e-commerce platforms, especially through social media. Even though at times many companies struggled to cope with the rapid increase in demand for services, they have since established systems to engage in higher rates of e-commerce.

In a post-COVID-19 economic order, having experienced its convenience, it is likely that demand continues for companies to introduce and upgrade e-commerce tools. A broader improvement in the e-commerce ecosystem in the country, therefore, would consequently result in long term benefits to expand choice and coverage of social media based businesses as well.