So Sri Lanka; More like, So Where are all the Women in the Hotel Industry? 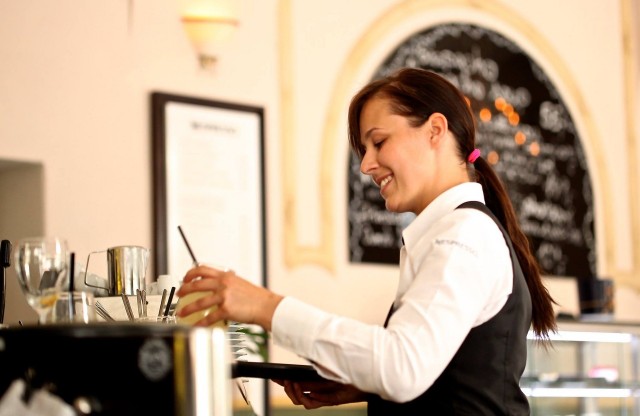 The tourism industry is a key service export of Sri Lanka. It is currently the third-largest export earner after foreign worker remittances and textiles and apparel, and brought in USD 4.4 billion in 2018 alone, equivalent to 4.9% of the country’s GDP. The industry recorded unprecedented growth since the end of the armed conflict in 2009, with tourist arrivals growing by around 2.8 times during the past decade; the highest annual number of tourist arrivals of 2,333,796 was recorded in 2018. Despite the slowdown following the Easter Sunday terrorist attacks in April 2019, Sri Lanka’s tourism sector has shown signs of a quick turnaround and recovery. Unfortunately, the outbreak of the novel coronavirus in China – from where a significant number of tourists to Sri Lanka originate – and the subsequent suspension of visas on arrival for Chinese tourists to Sri Lanka, together with the clampdown on outbound tourism by the Chinese government, has already negatively affected the total tourist arrivals to the country.

However, Sri Lanka’s tourism has proven to be resilient and is identified as an important sector for growth in key national policy documents, including the Vistas of Prosperity and Splendor, which aims to boost annual tourist arrivals to seven million and foreign exchange to USD 10 billion, by 2025. The same document highlights the need to economically and socially empower women in the country. Moreover, increasing female employment can play an important role in reducing poverty and contributing to economic growth. Given that tourism generates direct and indirect employment, this blog examines the main challenges that hinder women’s participation in the hotel sector in Sri Lanka, and how their contribution can be increased to achieve these ambitious targets.

Low Participation of Women among the Hotel Workforce

Despite its growing importance, Sri Lanka’s tourism industry and its growth are facing several constraints, among which the lack of skilled human resources is prominent. For instance, it has been estimated that 25,000-30,000 additional employees will be required each year to cater to the projected increase in visitor arrivals to the country, but only 10,000 graduates with hotel training are produced annually. In this light, the National Policy Framework aims to increase the numbers of workers up to one million, up from 388,487, whilst establishing tourism training schools in main tourist cities and introducing attractive skill development courses.

In contrast to the high levels of female participation in the tourism industry worldwide, albeit with some regional differences, women are highly underrepresented in Sri Lanka, with females accounting for less than 10% of the workforce, compared to the 54% globally. In fact, employment by the industry is far greater than in the rest of the economy in some countries like Mexico, South Korea and South Africa. Moreover, female enrollment in hotel schools in Sri Lanka is disturbingly low. These figures do not bode well in the context of a growing sector and the country’s already low female labour force participation rate (33.6% compared to 73% for men). Within Sri Lanka’s hospitality sector, men are found to outnumber women in all occupational categories, except for Guest Relations and Front Office staff and Marketing functions. Thus, attracting more women into the sector will help to address the growing labour shortage, a crucial deterrent to the industry’s growth. Why are Women Staying Away?

A host of enabling factors – such as ease of entry owing to less emphasis on formal education and training, greater emphasis on personality and hospitality skills and the availability of part-time work – has contributed to the high female labour force participation in the global tourism industry. However, in the case of Sri Lanka, social norms, values, and perceptions seem to be keeping women away from the industry. This is despite the fact that hotels are seeking more female employees, as they consider women to be better workers than men.

Jobs in the industry are considered to be socially unsuitable for women, especially for single females, and are often associated with criminal activities (prostitution, drugs ), safety issues (sexual harassment) and health concerns (Sexually Transmitted Diseases) – perceptions perpetuated by the media. Consequently, parents and husbands have discouraged their children – particularly female children – and their spouses, respectively from pursuing a career in the hotel sector. According to a World Bank study on women’s participation in the Sri Lankan labour force, 85% of the respondent stated that women are likely to leave their job in tourism after marriage. Furthermore, studies highlight other reasons which have deterred women and youth from seeking job opportunities in hotels in Sri Lanka. These include degrading job titles in the industry, like ‘bell boy’, compared to more dignified titles and categories of work in competing industries; favourable opportunities abroad for foreign employment and self-employment in the country; poor command of English; low pay, and poor prospects for career advancement; lack of job security, and retirement benefits in relation to the public sector; long/late working hours, and sub-standard working environments and facilities. The uneven spread of vocational training centres in the country also affects women’s participation as they are less likely than men to enroll in and travel to programmes located far from home. In this regard, it is encouraging to note that the Government has identified the need to set up more tourism training schools across the country.

Increasing Women’s Participation in the Hotel Industry in Sri Lanka

Attracting more women into the workforce to bridge the widening labour shortage in the sector requires creating a positive image of the hotel industry. To address the stigma associated with hotel jobs, employers, hotel association, and the Government, should carry out national awareness creation and recruitment campaigns with active community involvement in rural areas, aimed at informing the public about the employment practices, culture, and nature of work in hotels. Moreover, the industry in partnership with the Government needs to enlist the media to address the misconceptions surrounding available jobs and safety at the workplace, whilst highlighting the importance of the industry and its contributions towards the economy. At the same time, hotels and hotel schools need to provide English and other languages as part of the training/curriculum as well as work with secondary schools to attract youth through internships/work placements. Although women’s participation in the industry is low, there are more women at the management level in tourism compared to other sectors in the economy like ICT, tea, and commercial agriculture. In this context, they need to be held up as role models to attract more women into the industry, as well as challenge gender stereotypes. Supporting career development of workers through the provision of continuous training, mentoring, and promotions should also be prioritised to retain and help women move up the ladder, along with support services such as accommodation, transportation, crèche, etc. to address concerns surrounding the working environments at hotels. A greater focus on human resource development within the hotel sector can go a long way in increasing the participation of women, whilst supporting the industry’s growth potential.