How Technology is Shaping Apparel Sector Supply Chains in Sri Lanka: Shifting to Nearshoring and Reshoring 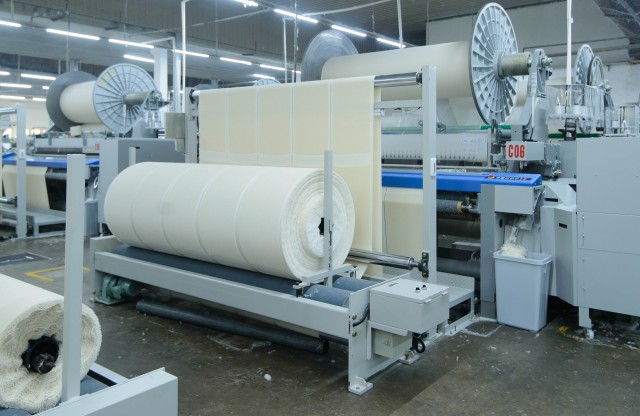 Advances in technology have made nearshoring – the practice of shifting production operations to a nearby country closer to the end market – and reshoring – bringing back offshore production back to the home country – more viable for apparel manufacturers, compared to offshoring production to far-away, developing countries. For instance, ‘SewBots’ – robots that are capable of sewing – in a planned factory in Little Rock, Arkansas, are expected to produce t-shirts at USD 0.33 each, which is lower than the current cost of production in low-cost countries.

While such technologies are likely to have significant implications for supply chains, whether their application leads to relocation of production depends on the product and factors like the importance of speed to market for product competitiveness and production and trade costs in offshore markets. This blog examines the implications of tech-led supply chain changes on Sri Lanka’s apparel industry and argues that it is important to prepare early for forthcoming changes through a holistic approach, engaging a spectrum of stakeholders to improve the competitiveness of the industry. Prioritising investment in innovation and skills and improving the efficiency of business processes is critical for Sri Lanka’s apparel industry to remain competitive in the changing tech-landscape.

Traditional apparel supply chains were characterised by offshoring, or the relocation of production processes abroad, particularly to developing countries, to capitalise on low labour costs. However, rising wages in these countries, combined with technological advancements such as Artificial Intelligence (AI), robotics, and machine learning, are paving the way for automation of manufacturing processes, reducing the cost of apparel production.

Moreover, the global demand for apparel, which was previously led by advertising and marketing campaigns of leading retailers/brands, is now shifting to a more customer-driven model. Today, demand is determined by exposure to fashion trends and customer insights through social media. Consumers demand products seen on social media, and the industry has to quickly respond, through shorter production cycles. Consequently, the six-month-long fashion cycle is now reduced to six weeks or less. Automation of the apparel production process has helped to shorten turnaround cycles. For instance, technology has cut the finishing time of a pair of Levi’s jeans from 20 minutes to just 90 seconds. Another example is Amazon’s newly patented “on-demand” apparel manufacturing system, which can quickly produce ready-made garments to fulfil online orders, covering all stages of production, including designing, manufacturing, and packaging. Thus, nearshoring and reshoring are becoming more viable with advances in technology.

The use of advanced technology to nearshore or reshore production does not make sense for every apparel product. Demand for some apparel, such as custom-made, and trendy items are volatile, making it necessary to quickly respond to emerging trends through automation. However, response time is less sensitive for basic garments, for which demand is more stable. Thus, it would make more sense to automate the production of apparel items with highly volatile demand, so that manufacturers can respond more quickly to changes in demand.

Other factors such as ease of doing business, lower costs in terms of tariffs and duties, labour costs and transportation costs, and the availability of skilled labour in offshore markets are some of the key drivers of nearshoring. Thus, it is important to estimate a detailed cost baseline for producing in different countries, and identify by how much such costs can be reduced through automation. A better understanding of such costs will help to determine the extent of reshoring or relocating to nearshore markets.

Implications for Sri Lanka: Near Enough?

Changes in the global industry in terms of technology-led nearshoring and reshoring can impact Sri Lanka’s apparel manufacturing sector, since the country’s major buyers are located mostly in the West, where technology is changing apparel production processes. Currently, the USA and EU alone account for around 87% of garment exports of Sri Lanka (Figure 1).

Sri Lanka’s apparel industry is a leading supplier of renowned international labels such as Gap, Next, Nike, Tommy Hilfiger, and Marks & Spencer. In the new, demand-driven marketing landscape, the need to cater to on-demand manufacturing will require Sri Lankan-based suppliers to produce in shorter turnaround cycles, placing much emphasis on technology that enables faster and more cost-effective delivery. Moreover, Sri Lanka’s top garment exports, accounting for over three-fourths of garment exports (under HS chapters 61, 62 and 63), includes a mix of products that are more responsive to demand changes and can benefit from faster delivery to the market through automation, and products with a more stable demand and may find technology-driven speed to market less important (Table 1). This implies that increasing the speed to market through the application of advanced technology would matter more for some of the major apparel products of Sri Lanka to remain competitive, while it would be less significant for other products.

Furthermore, challenges currently facing the industry, such as shortage of labour can bite into the cost margins, potentially reducing Sri Lanka’s competitiveness as an offshore market. Therefore, preparing early for the impending changes is vital. Recognising the importance of these imminent changes, local apparel manufacturers have begun to prepare themselves. For instance, MAS Holdings has set up operations in the USA, closer to buyers, while experimenting with innovative products and production processes.

However, equipping the industry for potential changes in global apparel supply chains requires a holistic approach. Efforts from both state and non-state actors are important to improve the industry’s competitiveness. In addition to industry efforts in investing in Research and Development (R&D) and innovation, efforts by state actors aimed at improving the efficiency of business procedures and reducing trade costs (such as cost of duties and transportation costs), should be prioritised, as such costs will ultimately determine if it makes more sense to relocate production to closer to markets or not. Moreover, as seen by national policies on industry 4.0 adopted by countries such as Malaysia, systematic government efforts to create the right ecosystem that can support and prepare local manufacturers in facing forthcoming technological changes by developing digital infrastructure, innovation capacity and skills, remain vital even for Sri Lanka. Thus, concentrated efforts aimed at pushing the envelope further in boosting overall industry competitiveness remains more important today for the apparel industry in preparing for forthcoming tech-led global supply chain changes.