Parking Fees in Colombo: To Pay or Not to Pay? 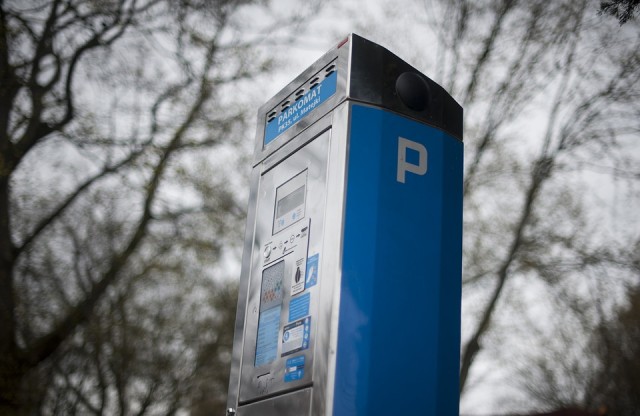 On-street parking has taken place in urban Colombo for as long as motor vehicles were running. Traditionally, parking fees were charged only when a traffic warden approached the vehicle with a parking ticket. Last year, the Colombo Municipal Council (CMC) introduced parking meters in central Colombo; in addition to the parking fee, drivers are now slapped with late fees and fines for non-payment. While there have been many criticisms and complaints about the parking fee system, this blog examines the choice set and the rationalisation of a driver’s decision to pay an ex-ante parking fee versus an ex-post parking fine.

The current schedule of fees and fines makes the drivers’ choice between making an ex-ante parking fee versus an ex-post parking fine for a parking requirement of one hour or less, financially comparable. Financially, instead of paying LKR 50 upfront to park for one hour, the fine would be LKR 100, IF ticketed and paid within an hour. If there is no way of getting a ticket if fee is paid upfront, and there is equal probability (0.5) to be or not to be ticketed, the scenario of ex-post payment of fine results in an expected value of the fine equal to LKR 50 (since the expected value is the sum of all possible values each multiplied by the probability of its occurrence. See Matrix 1).

While the expected value of the ex-ante fee and ex-post fine are comparable, the logistical hassle of ex-ante payment adds additional costs to the driver. Walking in search of a pay point is not very appealing during the daytime. Specifically, between the near 2km stretch from Bauddhaloka Mawatha and Dharmarama Road along the R. A. De Mel Mawatha (also known as Duplication Road) in Bambalapitiya, there are six pay points on the right side of the road, placed at the corners of Lauries Road, Joseph Lane, Vajira Road, De Krester Place, and Mc Cleode Road. The distances between these parking meters are depicted in Figure 1.

Given that Google maps assumes that an average person walks 75 meters a minute, and roughly one needs to walk halfway between pay points to find the closest pay point, along this stretch, a driver would have to walk for minimum of one minute if parked between De Krester Place and Macleod Road, or a maximum of four minutes if parked between Vajira Road and De Krester Place.

During the day, walking such a distance in Colombo would leave the driver covered in sweat and dust. Moreover, walking around would take away time from the reason to park, and also add the possibility of getting a fine while looking for a pay point. As such, when the discomfort of walking, the opportunity cost, and the possibility of getting a fine on top of paying the fee are factored, the option of risking a ticket and paying the fine at a more convenient time (within the next hour) appears more appealing.

International studies show that, ideally, parking “meters should be no more than 75 feet (or 23 meters) away from any parking space”. In this 1,994-meter stretch, the available six pay points result in an average distance of 332 meters between pay points, or an average walking distance of 166 meters, which is about seven times the recommended distance between a parking bay and a pay point.

It should be noted that the parking service provider for CMC has also introduced a mobile app with the ability to pay, locate the nearest parking bay and pay point, and keep track of the duration of parking. However, some of the pay points shown on the map in the app are still nonexistent (Figure 1).

Moreover, all payments can be made at the CMC, Pay and Go Kiosks, eZ Cash outlets, Park Smart Mobile App, mCash outlets, Dialog Arcades or at street parking pay points. Nevertheless, it is important to focus on developing the physical structure of the service to an acceptable and user-friendly level, where one can park and make physical payments within a reasonable proximity.

As such, considering the financial comparability of fee and fine for up to one hour, the distance to walk, and disutility of walking, drivers would prefer an ex-post fine rather than an ex-ante fee. As such, the current mechanism of parking fees would not be capable of achieving the CMC’s goal of increasing the availability of vacant parking slots, with regards to short term parking. However, at this introductory stage, the current mechanism and the fee structure can be accepted, if the immediate goal is to change the behaviour of drivers and motivate them to make either form of payment for parking. Nevertheless, going forward, urban parking in Colombo needs to consider at least the following two changes: