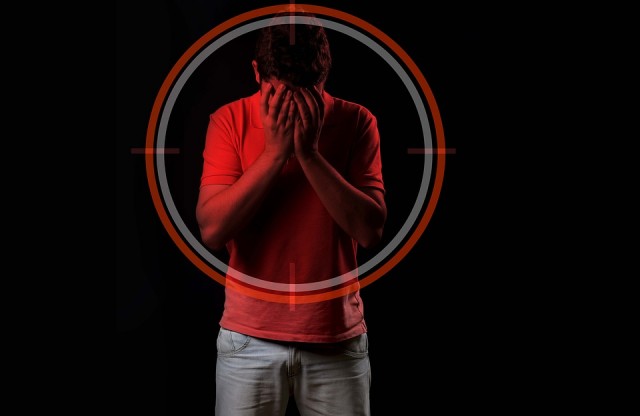 Despite multiple measures by successive governments to bring down tobacco prevalence in Sri Lanka, still, more than one in four males use tobacco. Reducing smoking prevalence is also identified as one of the concerns in the manifesto of the newly elected president of Sri Lanka. This blog argues that bringing down tobacco prevalence further will entail tightening tobacco control policies and initiating focused measures targeting difficult-to-reach groups.

Smoking is a dangerous epidemic, claiming more than eight million lives each year globally, out of which 1.2 million victims are non-smokers. As highlighted by the latest WHO global report on trends in the prevalence of tobacco use 2000-2025, the number of annual deaths is expected to keep growing even after rates of tobacco use start to decline, because tobacco-related diseases take time to show symptoms. According to the National Authority on Tobacco and Alcohol (NATA), currently, over 1.5 million Sri Lankans smoke as much as 11 million cigarettes daily. The high number of current male smokers who are 15 years and above, amounting to 28.4%, is concerning, given the high health, social, environment, and economic costs incurred by the country due to tobacco. For instance, in 2015, Sri Lanka incurred a cost of Rs. 89 billion, owing to both direct and indirect costs of tobacco. Of this, cancers and other non-communicable diseases caused by tobacco play a major role. Every year, more than 12,300 Sri Lankans die due to tobacco-related diseases.

Realising its dangers, successive governments have committed to controlling tobacco prevalence in the country. Sri Lanka was the first in the South Asian region and the fourth in the world to ratify the WHO Framework Convention on Tobacco Control (FCTC) in 2003. Since then, Sri Lanka has taken several measures to control tobacco use. These include banning smoking in public places, barring the sale and promotion of tobacco for youth under 21 years of age, banning tobacco advertising, promotions, and sponsorships, prohibiting tobacco vending machines, and implementing a mandatory health warning covering 80% of cigarette packs. Sri Lanka’s strong commitment to combat tobacco has resulted in a significant decline in smoking rates, from 43.1% in 2005 to 28.4% among males in 2018 (Figure 1). However, this percentage is still considerably high. The Remaining Stock of Smokers in Sri Lanka

Across income groups, smokers are more likely to come from households in the lowest wealth quintile. Across occupation categories, Skilled Agricultural and Fishery Workers (in 2018, of the Skilled Agricultural and Fishery Workers, 42.9% were current smokers) and Craft and Related Workers (in 2018, of the Craft and Related Workers, 41.6% were current smokers) record high prevalence rates. Across sectors, the rural sector has a higher share of households with at least one smoker (34.5% for the rural sector compared to the 31.6% for estate and urban sectors in 2016). Nuwara Eliya, Vavuniya, Mullaitivu, Mannar, and Kilinochchi districts recorded the highest percentage of detected smokers in 2016. The above data shows that existing tobacco control measures have not been effective in reducing tobacco prevalence among certain groups. This suggests the need for more targeted measures to reach different groups.

In terms of reducing smoking prevalence in the lowest income cohort, IPS field research confirms findings by the NATA and the Alcohol and Drug Information Centre (ADIC) that banning single stick cigarettes, which are popular among low income-earning males, is important. Singlestick cigarettes circumvent the health warnings on packs and are more affordable.

Toll-free helplines for quitting smoking, counselling programmes at the school level, and training teachers to discourage young smokers will be helpful in tackling the prevalence among youth.

In terms of lowering prevalence among the rural community, further expanding current programmes such as ‘smoke-free villages and zones’, with the help of public health inspectors and gramasevaka officers (village heads), is important. Furthermore, according to expert advice in the field, these programmes become more effective when the community is actively involved, especially at the grass-root level.

In general, increasing the cost of tobacco through taxation, one of the six key components of the policy package ‘MPOWER’ introduced by the WHO will continue to play an important role in tackling the ‘last mile’ of smokers in Sri Lanka. Reducing the affordability of cigarettes by increasing the price helps to control smoking prevalence in Sri Lanka in three ways; it will discourage current smokers from purchasing cigarettes, reduce the tendency of new smokers to start, and prevent the quitters from restarting. However, it is important that this price increase is done systematically through income and inflation-adjusted taxation, so that the affordability of cigarettes does not increase.

Furthermore, as highlighted in Tobacco Unmasked, the government should strengthen the policies that are in place already, such as the ban on promotion, advertising, and sponsorship. The Abhisheka certificate – a trade loyalty programme of the Ceylon Tobacco Company (CTC) to encourage cigarette retailers is one example of indirect promotion. IPS research also confirms the revelations made by Tobacco Unmasked and ADIC on the policy gaps in the ban on selling cigarettes to minors. Anecdotal evidence suggests that it is not implemented fully in many areas across the country as there are still many youngsters below 21 years of age who smoke on a daily basis.

A deeper understanding of the remaining stock of smokers provides a stepping stone to identify the most suitable tobacco control policies for different users from different backgrounds. There is no ‘one size fits all’ solution to tackle this issue and as such, the government will have to focus on introducing policies that are tailor-made to suit these targeted groups. It should be noted that policies alone are not sufficient, and there need to be effective ways to implement the policies as well.