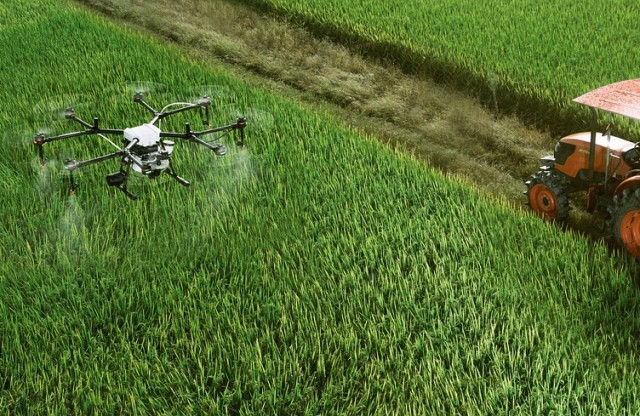 In the run up to elections, Sri Lanka is once again witnessing various news activities highlighting how the government is losing revenue due to increased consumption of illicit cigarettes and beedi. However, the wider government policy on tobacco control is aimed to reduce smoking rates and the related direct and indirect costs – which was estimated to amount to 6% of government revenue in 2015 – through taxation. This blog argues that although controlling the availability of illegal cigarettes in the market is important, this should be done through regulation so that both legal and illegal cigarette consumption remains low in the country.

Furthermore, attempts to arrive at estimates on illicit cigarettes/smuggling and its effects on government revenue are hampered by data limitations. This blog uses the most reliable data available and busts popular smuggling-related myths propagated in the media, to demonstrate that smuggling should be controlled by regulation, while keeping taxes high.

Myth 1: There is a robust estimate of the illicit cigarette market size in Sri Lanka

The Tobacco Control Research Group at the University of Bath, UK has shown how tobacco companies exaggerate the extent of illicit tobacco by commissioning studies whose methodology and validity are unclear and misquoting data in the media. A 2019 study conducted in Colombia found that the tobacco industry estimate of the illicit cigarette market is significantly exaggerated at 18%, when illicit cigarettes represented only 6.4% of total cigarette consumption in 2017.

The story is not too different here in Sri Lanka. Various aspects of illicit tobacco trade are highlighted in local media, quoting vague sources and misrepresented official statistics. In addition, research reports have estimated the size of the illicit market using questionable methodologies. For instance, a 2017 study using a disposed cigarette butt/pack collection technique, found that 15% of butts and 10% of packs came from the illicit market. However, both estimates are questionable. The study relied on tobacco company expertise to distinguish formal butts from illicit butts. Further, the packs for the study were collected in high tourist density districts, potentially creating an upward bias in the results. As such the estimate of Rs. 80 billion loss in tax revenue to the government arrived at by this study based on the abovementioned figures is unreliable.

On the other hand, the same study found through test purchases, that only 3% of cigarettes sold in the open market were illicit. Due to the sample districts chosen, it is likely that the pack/butt collection method largely captures foreign cigarettes making its way into the country via tourists hand-carrying cigarettes, while the test purchases method gives a more accurate estimate of the supply of illicit cigarettes.

More recently in 2019, a report estimated the illicit cigarette share to be 21% of the total market. However, this estimate is arrived at by comparing 2016 cigarette consumption data, against 2019 sales data, which again distorts the estimation.

Alcohol and Drug Information Centre’s (ADIC) survey data indicate that beedi consumption – rolled-leaf cigarettes sold in the informal market – has in fact declined over time. The ADIC SPOT Survey is a trend survey developed and conducted by ADIC since 1998, on tobacco smoking trends in Sri Lanka. As a percentage of current smokers, the share of beedi users has declined from 11% in 2013 to 5.4% in 2017. Further, in 2017, only 2.5% of current smokers were found to be substituting away from cigarettes to beedi, following cigarette price increases; in contrast, 87% reduced cigarette usage and 3% switched to low-price cigarettes. This data contradicts the argument floating in the media that smokers replace formal cigarettes with illicit cigarettes and beedi.

It is also interesting that stories about beedi consumption appear to be more common in the months preceding national budgets. Google trends suggest that there were spikes (red circles) in the search term ‘beedi’ in the months preceding budget speeches (orange circles) in 2014, 2016, and 2019 (2015 had an interim budget and the 2018 budget reading was pushed to March 2019). This might suggest that stories are being placed intentionally, to sway policymakers away from tax hikes on cigarettes in upcoming budgets. Disentangling hype from reality is crucial

Tobacco control experts argue that if a rational taxation policy (a policy involving consistency in frequency and extent of tax increases) was implemented over the years, a far larger sum of revenue – than the supposed Rs. 80 billion lost to smuggling – could have been recovered by the government, whilst reducing tobacco consumption. In contrast, increasing revenue by lowering tax rates would only result in higher tobacco consumption and, on balance, a higher cost burden to the government; a cost of Rs. 89 billion was incurred by Sri Lanka from tobacco, in 2015.

Moreover, the ‘myths’ presented here point towards the fact that information on cigarette smuggling activities and illicit tobacco products – whether it be articles in the press or studies – must be taken with a pinch of salt. The existing evidence base tends to be subject to tobacco industry influence or have limitations in estimation techniques, as demonstrated in this article. A well-documented tactic employed by tobacco companies worldwide is to heighten the perception of illicit tobacco trade when governments decide to implement tobacco taxation or tobacco control policies – Sri Lanka appears to be experiencing a similar phenomenon.

For this reason, disentangling the hype surrounding illicit tobacco from the reality is crucial. It is important to increase the evidence base of reliable estimates on the informal market so that false information that is circulated – and picked up as legitimate by policymakers – can be effectively combatted. More importantly, the issue of smuggling must be tackled through effective regulation, whilst keeping tax rates high, in order to reduce smoking prevalence to under 10%.