In the 4IR, are Smart Classrooms the Future of Sri Lanka’s Education? 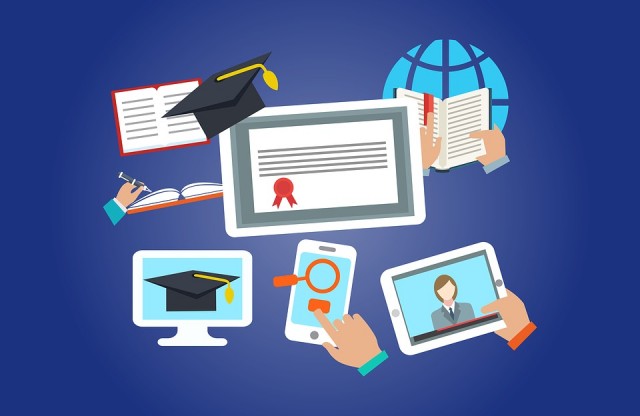 The profound impacts of an emerging Fourth Industrial Revolution (4IR) on the future employment landscape – as discussed in a previous IPS blog – underscore the crucial role of education and skills in preparing a workforce that can meet the needs of present and future labour markets. The World Bank, in its 2019 World Development Report speculates that future jobs will require a combination of wide-ranging skills, including technological know-how, problem-solving, and critical thinking, as well as soft skills such as perseverance, collaboration, and empathy.

In response to changing skills requirements, new and effective forms of e-learning are being adopted worldwide. Sri Lanka has launched an initiative to develop smart classrooms (SCs) in several schools across the country. SCs consist of technology-related, educational components that facilitate interactive and stimulating learning environments in schools – moving away from the traditional rote method of teaching – including smart interactive whiteboards, classroom and multimedia control centres, computers and tablet personal computers (PCs), audio/video elements, and classroom management systems. Such technologies allow for the installation of interactive tools or applications, uploading homegrown content, and downloading interactive content online, and encourage more critical thinking and problem-solving skills necessary in a 4IR economy.

This blog takes a look at current SC projects in Sri Lanka, with the aim of assessing their role in driving the education sector forward in a 4IR era.

A programme led by Sri Lanka’s Ministry of Education operates within the purview of the government’s ‘13 Years Guaranteed Education Programme’ and provides five desktop computers, five laptops, and one interactive smart board in each school, to be used among Grade 12 students. According to information provided by the Ministry’s Education for All branch, such equipment has been provided to 197 schools as of 2018, covering a similar share of schools from all provinces.

Government and private sector collaborations have seen the construction of more comprehensive SCs – including tab PCs, classroom and multimedia control centres, projectors and recording systems, and online content systems – in a few public schools, primarily of privileged status, across several provinces (Table 1). Additionally, past pupil association-funded SCs have also been constructed in a few private and international schools in the Colombo and Kandy districts. Furthermore, an initiative involving the collaboration of several private sector stakeholders, under the supervision of the Department of Education of the Western Province, aims to convert 65 schools in the Western Province into ‘Smart Schools’. The following provisions have already been dispersed under this project:

Encouragingly, learning experiences in SCs have been positive so far, with identified improvements in student learning outcomes, attendance, motivation, engagement, and concentration. Teachers believe that the new interactive technology of the system is attractive to students, as opposed to traditional memorisation-intensive content, and promotes innovative ways of learning.

Training teachers to adapt to SC teaching is also underway; at the Sri Jayawardena Maha Vidyalaya, apart from a two-week training program conducted by the technology provider, several teachers were given the opportunity to visit SCs in Australia, and gain exposure to important SC concepts such as just-in-time learning, smart content delivery, and real-time student progress monitoring and learning based on problem-solving techniques.

The technologies and equipment required to install and maintain SCs are costly. Given the budget constraints plaguing Sri Lankan public schools and limited private sector participation, allocating funds for smart technology is a formidable challenge. School Census data for 2017 indicate that only 58% of schools have desktop computer facilities at the primary and/or secondary level, and only 18% have access to internet connections; these are concentrated in privileged schools and in the more affluent Western Province.

Moreover, the current availability of other SC-related equipment in schools is much lower. Figure 1 shows the average ratios of the number of different types of equipment to the number of schools, by school status. As can be seen, the ratios are below one for all equipment in both privileged and underprivileged schools, and are particularly low among underprivileged schools, indicating that there are fewer than one respective equipment per school. The chances of individual students benefitting from smart technologies are therefore negligible. A related concern is the risk that smart technologies will widen existing disparities in access to quality education. Current SC initiatives – particularly those that involve fully developed SCs – are largely limited to schools in the Western Province. Disparities in the distribution of human resources also pose challenges in this regard; according to the Department of Census and Statistics, while Sri Lanka records an overall digital literacy rate of 40%, this rate varies significantly from 55% in the urban sector to 38% in the rural sector to only 17% in the estate sector. Even if smart technologies were made available, ensuring that students in rural and marginalised areas are able to benefit from these, and that there are sufficiently skilled teachers who can learn and adopt new teaching methods, will thus be a challenge.

SCs are an important first step in equipping students with skills needed to succeed in a 4IR labour market. However, to be fully effective, such initiatives need to be accompanied by other fundamental changes in the education sector, while expanding to benefit students across the country. For instance, ensuring that SCs are successful in nurturing traits such as critical thinking and problem-solving will require not only changes in the way subject material is taught, but also in how it is tested; the nature and content of examination questions also need to change in line with learning techniques to develop desired skills.

Addressing resource and equity concerns in digitising Sri Lanka’s education sector requires the involvement and contribution of multiple stakeholders, given the enormity of the task at hand. Capitalising on positive experiences such as the ‘Smart Schools’ project, similar collaborations between the government and the private sector can be initiated to expand SC and other e-learning initiatives across the country, especially in more rural underprivileged schools that are unlikely to have alternate sources of funding.

*This blog is based on a chapter written for the forthcoming ‘Sri-Lanka: State of the Economy 2019’ report on Transforming Sri Lanka’s Economy in the Fourth Industrial Revolution.