Affordable Housing for Sri Lankans or Castles in the Sky? 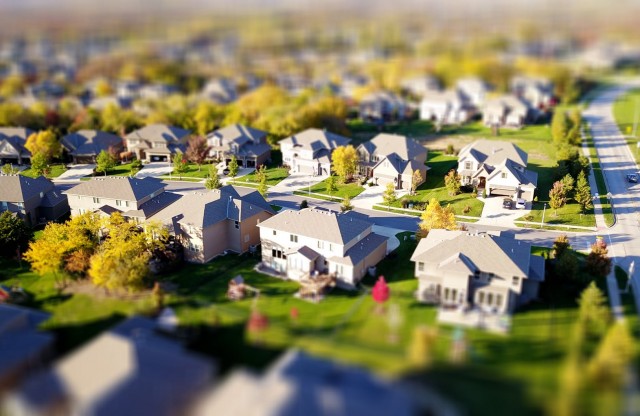 As revealed in the Housing Needs Assessment Survey, out of the six million families living in Sri Lanka, only 5.2 million have some form of housing. Though steps have been taken to develop the housing sector in the country, such as the formulation of the National Housing Policy, there are issues that warrant attention. This blog aims to inquire into the pressing needs of the sector and discuss whether the 2019 Budget proposals passed by Parliament provide solutions to these problems.

Housing and Sustainable Urban Development in Sri Lanka: Country Report for the Third United Nations Conference on Human Settlements – Habitat III report highlights the key issues in the housing sector. According to it, one of the biggest challenges is providing adequate and affordable housing. Those who face this issue are mainly low-income earners, communities in the North and East, people living in disaster-prone areas, and the middle-income groups who migrate to peri-urban areas.

Another growing concern is the lack of access to formal finance options among the majority of low-income earners. According to the Housing and Sustainable Urban Development in Sri Lanka National Report for Third United Nations Conference – Habitat III, only 20% of them have the potential to access housing loans, due to financial constraints and irregular employment.

Furthermore, there are three overarching issues facing underserved settlements in urban areas. One is the redevelopment of establishments located in highly valued and strategically important land. The second challenge is the relocation of establishments on reservations, while the third is the consolidation of settlements which have adequate housing capacity, but require improvements in infrastructure.

Research also shows that there are significant disparities in houses across Sri Lanka, in terms of size, general condition, and facilities. According to the latest National Household Income and Expenditure Survey (HIES), 88.3% of households in the urban sector are single houses, whereas only 30.6% households in the estate sector are in the form of single houses; a majority of the remaining houses are either line rooms, row houses, or twin houses which accommodate many occupants. It is important to note that, according to IPS research, the share of single houses in the urban sector could be even higher, as the HIES underestimates the true extent of urbanisation in Sri Lanka. Furthermore, 3.2% of houses in Sri Lanka have five or more rooms, while 2% of the houses have no rooms; the majority of such houses is from the estate sector. In contrast, the majority of the houses with five or more rooms (4.6%) are from the urban sector. This data indicates that there are inequities across the housing sector.

Furthermore, a majority of families living in shanties and slums are from urban areas, while 67% of households in the estate sector consist of line rooms with poor facilities. The survey also reveals that 67% of the estate population lives under semi-permanent roofs, which are not resilient to disasters. The 2019 Budget brings good news, especially for the middle-income earners, as it contains several proposals that aim to meet the urgent housing needs of this group. However, even low-income earners deserve fair and equitable access to housing.

The lack of access to housing among vulnerable groups is to be tackled through the proposed Urban Regeneration Project and Model Village, by constructing housing units; these programmes are focused on low income groups in urban, rural, and estate sectors. It also addresses housing issues of middle-income earners by providing loan schemes under ‘Enterprise Sri Lanka’, by implementing housing development projects through the ‘Gamperaliya’ programme, and by creating 1500sq.ft low cost livable housing units through the ‘Science at Work Challenge’.

The ‘Home Sweet Home’ loan scheme, introduced under ‘Enterprise Sri Lanka’, for newly married couples, aims to provide a concessionary loan up to Rs. 10 million, at a 6% interest rate, and with a repayment period of 25 years. This will encourage youth to make smart investment decisions and helps couples either purchase or construct their first house with a subsidised loan.

Meanwhile, ‘Sihina Maliga’ provides loans to migrant workers registered under the Sri Lanka Bureau of Foreign Employment (SLBFE). Those who have remitted a considerable amount of foreign currency to any bank operating in Sri Lanka are given the opportunity to build a new house, renovate their existing house, demolish the current house and build a new house, purchase a land and put up a house, purchase a new house, or purchase an old house and renovate it and purchase housing units from condominiums. The loan of Rs. 10 million, of which the government will bear 75% of the interest cost, will be granted under several stages.

Providing a diverse range of housing options at reasonable prices to middle-income earners can address the lack of affordable housing in urban areas. These projects will also combat the scarcity of land in urban and peri-urban areas if they are designed to be high-rise buildings.

The government has also paid attention to disaster-resilient housing in rural and urban areas by a proposal to convert 25,000 units to permanent roofs under the ‘Gamperaliya’ programme. The 2019 Budget, at its outset, seems to address some of the pressing issues pertaining to the housing sector. However, most of these projects focus on middle-income groups, while low-income earners are left with relatively few perks; this could worsen the equity issues such as inequity in house ownership, inequity in housing finance, inequity in proper infrastructure and quality of houses. For instance, the Budget does not address difficulties faced by low income earners in accessing housing loans and formal finance options. Government concessionary loans can be a solution to this problem.

The 2019 Budget has also ignored the upgrading and relocation of slums and improving their facilities. This is also important to ensure equity among groups living in poor housing.

The government should provide everyone with a safe shelter and equal access to finance, facilities, infrastructure, and affordable housing. As such, it is important to take a more equitable approach when finding solutions to issues in the housing sector. Strengthening prevailing policies and legal frameworks to ensure housing securities and facilities to most vulnerable, providing housing to disadvantaged groups, giving concessionary loans for the poor who lack the documentation to qualify for mortgages, and properly targeting the most deserving households are vital steps in this regard. Furthermore, when implementing the newly introduced loan schemes, the government should make sure that loans are provided only to couples who survive solely on the monthly salary and have no other source of income or wealth.

Chathurga Karunanayake was a Research Officer at IPS with research interests in behavioural economics, labour economics, infrastructure development and regulatory governance. She holds a BA in Economics (Honours) and a Certificate in International Relations and Affairs from University of Colombo, and a DipLCM from University of West London, UK. She is a Council Member of the Sri Lanka Federation of University Women (SLFUW) and a Member of Sri Lanka Economic Association (SLEA).