Where have all the Typists Gone? Technology and Changing Job Profiles in Sri Lanka 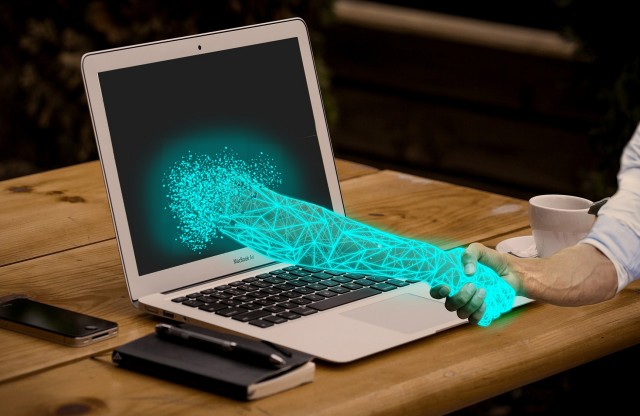 A few decades ago, typing and shorthand courses were popular amongst young girls aiming for low-skilled office jobs. But today, no one aspires to be a typist. With the proliferation of computers, most do their own typing. But, the demand for graphic designers and copy editors have increased, as individuals attempt to use new software to make their written work more interesting and reader-friendly.

Document processing is not the only field where technology has reshaped occupation profiles. Innovation and technology are transforming production in a variety of industries. The way people live, reproduce, grow food, work, and interact with each other are all changing with technological advancements. As detailed by Katz (1999), better access to cheap and fast computers was already revolutionising production processes in the last quarter of the 20th century. But, the changes that are happening at present are not limited to computerisation that makes production processes easy. Scientific breakthroughs in a broad spectrum of fields, including genetics, artificial intelligence, nanotechnology, and 3D printing, are feeding into innovations in raw materials, new forms of energy, and fresh ways of production.

Implications for the Labour Market

These trends are shifting the nature and the organisation of the labour market in a variety of ways. First, technological change is making some jobs outdated. For instance, bank tellers are being replaced by automatic teller machines (ATMs), which are able to do most functions carried out by tellers. Second, technology is creating new jobs. Although the bank tellers are getting replaced by machines, different types of workers are needed to maintain the ATM machines and to write software for them. Third, technology is also changing the nature of jobs. For example, a couple of decades ago, a motor car mechanic was considered to be a low-skilled worker, who could learn the necessary skills on the job. But today, computers are needed to detect the defects in cars that are equipped with many electronic components. As such, unlike earlier, now vehicle mechanics need to have computer skills to fix cars.

According to the authors’ estimates, of the 3,602,169 workers to whom probabilities were assigned, 70.25 per cent (or 2,530,581 workers) were doing jobs that have more than a 70 per cent chance of getting outdated – meaning those jobs are potentially getting outdated with technological development. However, the time taken to replace these jobs will depend on the speed of technological adoption by Sri Lanka. Even if the level of computerisation of jobs in Sri Lanka will not happen as fast as it is happening in the US, the above statistics give a fairly good picture of the trends in occupation skill profiles.As the study shows, on average, the job categories that are less likely to be computerised require high levels of skill, such as ‘Managers, Senior Officials, and Legislators’ and ‘Professionals’ (see figure) and the jobs that are more likely to get automated require low levels of skill. Thus, while technology races ahead, low-skilled workers, such as typists, will be more impacted and will have to face this hard fact of job transformations and job reallocations, in the coming years. If there are no jobs for typists, what should the youth seeking low-skilled office jobs train for? At the rate technology is changing job profiles, this is a hard question to answer in time to come. The traditional methods of planning, reforming education, and training in Sri Lanka will not be able keep up with changes that are taking place in the labour market. The organisation and the governance of the education system will need to be modified in the long run, so it is able to adjust to changing times. Further, given the rate at which skill demands are changing in the labour market, even children who are best prepared for the labour market will have to upgrade their skills from time to time. The education system will need to take this into account and offer opportunities for lifelong learning. Also, since rule-based tasks are being taken over by computers, the jobs that are left for humans will involve complex tasks such problem solving, critical thinking, decision making, and creativity. The education systems must be revised to harness such skills.

(Above Skill Levels are based on the nature of work performed in an occupation in relation to the tasks and duties defined by International Standard Classification of Occupations – ISCO 08.)

*This blog is based on a chapter written for the forthcoming ‘Sri-Lanka: State of the Economy 2019’ report on Transforming Sri Lanka’s Economic Landscape in the Fourth Industrial Revolution. Authors, Nisha Arunatilake is the Director of Research and Chathurga Karunanayake is a Research Assistant at IPS.