Sink or Swim? Sri Lanka in the Fourth Industrial Revolution 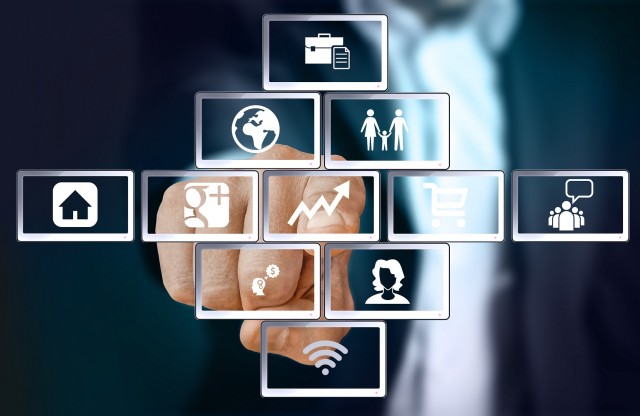 The technology-driven, Fourth Industrial Revolution (4IR) will mark significant changes in the modern way of life. However, unlike other industrial revolutions, 4IR technologies are significantly more invasive, complex, and evolve rapidly. 4IR, which includes artificial intelligence (AI), the internet of things (IoT), intelligent robotics, 3D printing, and neuro-technological brain enhancements, is the conflation of different technologies that are spurring changes in multiple spheres at the same time.

The importance of 4IR and Sri Lanka’s preparedness for it has gained growing prominence in policy discourse, albeit at a superficial level. Cultivating a “shared, trusted digital environment that is a driver of inclusion, economic development, and social progress” is paramount to succeed in the 4IR era. Therefore, Sri Lanka needs to focus on both technological preparedness as well as creating a complementary economic ecosystem. To do so, policymakers and private sector stakeholders alike should be cognizant of three critical pillars of 4IR readiness: digital readiness, human capital readiness, and economic agility. This article briefly discusses Sri Lanka’s position against these three pillars.

At its most basic level, a significant proportion of 4IR technologies are emerging around the use of computers and the IoT. Therefore, Sri Lanka’s low computer literacy rates and lack of internet access makes it challenging for the country to absorb, implement, and leverage 4IR advancements. Only 34% of Sri Lanka’s population uses the internet. Whilst this is a rapid rise from less than 1% in 2000, and is higher than most other South Asian economies, it is significantly lower than comparator economies such as Malaysia, Thailand, and Vietnam. This lack of internet usage corresponds with a low national computer literacy rate of 22.9% in 2018.

Notably, however, Sri Lanka has over 32 million cellular mobile subscriptions (70% of the population owns a mobile phone), albeit with just over 7 million fixed and mobile broadband subscriptions (approximately 21% of the population). Meanwhile, mobile cellular networks cover 95% of the country’s population. The disparity in the availability of technological infrastructure and usage is most likely due to structural factors such as gender and sectoral disparities. For instance, the gender gap for internet usage is estimated to be as high as 40%. Furthermore, there are significant disparities in IT literacy levels between the urban (36.9%), rural (22.0%), and estate (8.6%) sectors. These disparities thus indicate significant structural weaknesses of Sri Lanka’s digital readiness for 4IR.

In addition, Sri Lanka continues to perform poorly in the Global Innovation Index, especially in indices related to institutions and human capital and research. The combination of structural weaknesses along with an inadequate ecosystem is a cause for concern.

To achieve human capital readiness, an economy has to create a high-skilled, agile, and multi-faceted labour force, with transferable skills, to face potential disruptions. Sri Lanka has long touted its high literacy rate. However, basic literacy and numeracy based employment are likely to suffer the most during the 4IR era. The country’s relatively low-level of enrolment in tertiary education is, therefore, concerning.

The IPS State of the Economy Report 2017 notes that only 10% of age 20 and above population has formal professional or technical training relevant to their occupation. Even in university, a vast majority study Arts subjects and relatively fewer study Science, Technology, Engineering, and Mathematics (STEM subjects) – a priority area under 4IR. Notably, even at the school level, the share of subject qualified teachers in STEM subjects are lower than the recommended level. This indicates low human capital readiness.

Moreover, the economy will be unable to leverage technology spill-overs and other ancillary benefits that may come through FDI and integration into global value chains, as its labour force becomes unattractive to high-tech, 4IR-based industries and investments.

The rate and scope of technological and socio-economic change in the 4IR era have placed a premium on the forward-looking ability and responsiveness of an economy. Over the years, Sri Lanka’s export basket has gone through very little diversification, and the economy has failed to integrate into regional and global value chains.

Critically, only 6.7% of Sri Lanka’s manufacturing value addition is estimated to take place through medium hi-tech and hi-tech industries. As such, the country is dependent on industries that are susceptible to losing value and becoming obsolete during the 4IR. For example, sectors like the textile and garment industry could potentially be affected by labour displacement, due to technological disruption. Its true impact, however, would depend on labour market conditions and the labour/capital ratios that prevail at the time. What is more obvious is that Sri Lanka’s overwhelming dependence on a limited spectrum of industries that employ low-skilled labour will pose a significant challenge and diminish its economic agility further.

The agriculture sector, however, could potentially gain considerably through 4IR. Firstly, given the sector’s increased vulnerability to extreme weather conditions and diseases, 4IR technologies could improve information flows and find solutions to minimise such shocks. Secondly, given that the sector is experiencing an increasing labour shortage, labour replacing technologies could improve productivity without causing much disruption. However, distrust of new technology, along with the unavailability of necessary capacities, has somewhat hindered the integration of technology into the production process thus far. Therefore, concerted efforts to improve trust in new technologies while improving the usage capacity of farmers and other stakeholders is vital.

Much of Sri Lanka’s services sector growth has been in non-tradable services, such as transport and retail. Although these services have not experienced any transformations thus far, eventually, technologies such as self-driving vehicles will create disruptions to the labour market and the structure of the sector. Meanwhile, Information Communication Technology (ICT), Business Process Outsourcing (BPO), and professional services have become one of the fastest growing exports in Sri Lanka, with great technological maturity. For instance, the ICT industry is the fourth largest export earner to the country and was ranked 11th in A.T. Kearney’s Global Services Location Index. Therefore, among Sri Lanka’s exports, the ICT industry is arguably one of the best placed to leverage existing technological maturity to diversify and scale up in an economically agile manner.

The scope and the pace of technological change and its consequent impacts pose challenges and opportunities alike to both developed and developing economies. However, developing countries such as Sri Lanka are particularly vulnerable to being left behind and being unable to adequately respond to socio-economic disruptions, due to structural weaknesses and capacity constraints. Under these circumstances, while experiencing a significant change in the digital and communication spheres, Sri Lanka is still a nascent economy in its preparedness for the 4IR.

To a great extent, much of the basic physical infrastructure required (i.e. mobile and internet coverage) is already available and could be used as a meaningful platform. The government, as well as several private sector firms, have recently introduced digital economy and digitalisation policies to prepare for 4IR. However, the country has not thus far created a conducive ecosystem that facilitates the integration of modern technologies into economic and social facets of daily life by addressing structural issues. Success, therefore, depends heavily on identifying and addressing wider structural and institutional impediments, followed by a careful diagnostic of each economic sub-sector and recognising how 4IR can be used for greater and more inclusive economic growth.

*This blog is based on a chapter written for the forthcoming ‘Sri-Lanka: State of the Economy 2019’ report on Transforming Sri Lanka’s Economic Landscape in the Fourth Industrial Revolution.