Counting the Cost: Terrorism and its Impact on the Sri Lankan Economy 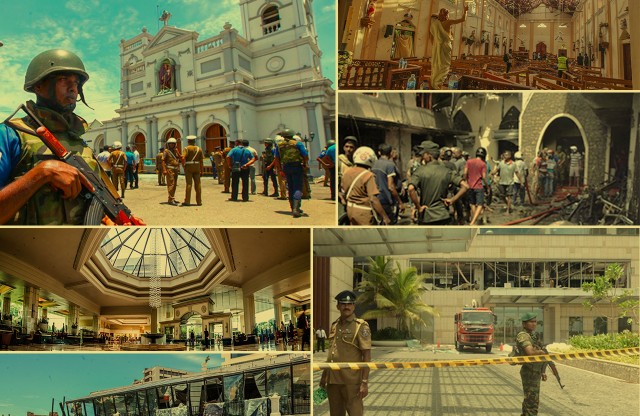 Terrorism is not an obvious subject for economic analysis. The greatest cost comes in the form of lives lost and injured. However, terror attacks also aim to disrupt economic life, and how far they succeed needs to be assessed and evaluated.

The immediate economic consequences of Sri Lanka’s brutal Easter Sunday terror attacks are obvious. The damage to tourism is the most apparent; investments decisions might be delayed. However, as a country that had withstood more than three decades of terror prior to May 2009 and an economy that had shown resilient growth averaging 5% per annum in that period, Sri Lanka is certainly not a novice in managing the expected economic fallout.

The economic impact of a serious breach of security depends on whether it is perceived as an isolated incident or an endemic threat. A swift and efficient response to bring the security situation under immediate control and restore ‘normalcy’ helps establish the former; confusion and disarray only reinforce the latter and delays an economic recovery.

In either event, what is clear is that the Sri Lankan economy is unlikely to emerge unscathed. Tourists have become extremely cautious once again; arrivals are estimated to have plunged by 70% in the immediate aftermath. In the next two months, the drop is expected to be 50%. Mirroring the plunge in tourist arrivals, cancellation of flight bookings was at over 80%, whilst new bookings too have fallen away. As tourists switch to other ‘safer’ destinations, luring them to return will require concerted efforts to tighten security, re-brand, and perhaps, re-price. The opportunity cost for the industry of not being able to leverage on the Lonely Planet’s ‘top country for travel in 2019’ ranking will be considerable, with the long term consequences yet to be determined.

The reaction of foreign investors will be equally important. They will become more cautious and delay investment decisions until risks are reassessed. During its decades-long conflict, Sri Lanka suffered from not being able to move beyond ‘fly-by-night’ investors, owing to risk perceptions. To avoid the same pitfalls, the country must act swiftly to restore confidence on the security front, and reassure investors – already unsettled by the October 2018 political upheavals and the prospects of electioneering ahead in 2019 – of continued policy stability.

In the long term, the economic impacts of Sri Lanka’s Easter Sunday terror attacks are likely to be relatively limited. But, there is no gainsaying that these short-term disruptions can take a substantially heavier toll on the economy. Not only will the plunge in tourists curtail demand for local goods and services, but domestic consumers too are apt to postpone their consumption. At the same time, costs for businesses are set to rise, as the economic cost of new security measures gets imputed. Aside from direct costs, the indirect costs arising from a loss of consumer and business confidence can never be measured accurately. As Sri Lanka’s successive governments discovered over three decades of conflict, concerns about the economic outlook wax and wane with each terror attack.

Loss of foreign tourism revenue and investments will hit Sri Lanka in its most vulnerable spot – i.e., foreign exchange reserves. With nearly 90% of Sri Lanka’s sizeable temporary workers still heading to the Middle East – with the Eastern Province accounting for the second highest share (17%) – remittance earnings may also see a dip. Whilst a fiscal stimulus as a counter measure can generate quicker results, Sri Lanka’s climbing public-debt burden, at 83% of GDP in 2018, does not make this the easy option. Understandably perhaps, efforts have fallen on monetary policy interventions to ease the flow of credit to the economy and stimulate growth. This reinforces recent attempts to roll out credit under various schemes announced in Budget proposals, some of it subsidised by the government.

But, monetary authorities must also be wary of encouraging excessive lending. Sri Lanka’s fiscal financing needs can be expected to widen from the adverse impacts on the economy of the terror attacks, further escalating domestic financing of the deficit from the already high 4% of GDP announced in the Budget. Together, these trends can destabilise macroeconomic stability without producing much by way of sustained growth. Indeed, the country has all too often seen the economy ride high on a wave of credit, only to come crashing down no sooner, in familiar boom-bust episodes.

Sri Lanka is already a regional economic laggard in recording a sluggish pace of growth, and a highly indebted country facing unprecedented levels of foreign debt settlements over the next few years. Its economic fortunes have also come to be intimately intertwined with competing regional and global geo-political interests. In this volatile mix, the country is also gearing up to face decisive elections around the corner. Under the circumstances, there does not appear to be any quick fixes that will assure a strong and sustained economic rebound. In all, it suggests that coaxing Sri Lanka’s beleaguered economy to health in the face of upcoming elections, and a renewed threat of violence from terrorism will require patience and a steady hand.