The Evil Nexus Between Migration and Terrorism: Implications for Border Control in Sri Lanka 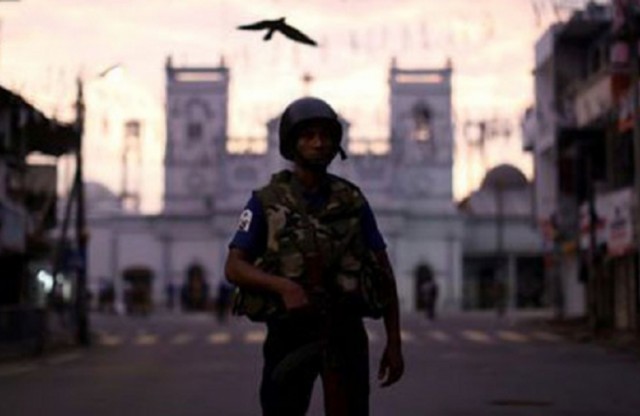 The coordinated blasts on Easter Sunday of 2019 in Sri Lanka claimed more than 250 lives and left at least another 400 injured. Deemed as one of the deadliest terrorist-acts the world has ever witnessed, the attacks targeted Catholic devotees in multiple churches as well as both foreign and local tourists in three major hotels in Colombo. As the world watched on in horror at the tragedy unfolding in Sri Lanka, the first reaction among many were whether these attackers were supported by an international group.

Terrorism does not bring new fear to Sri Lankans. But, the absence of terrorism for nearly 10 years was a luxury that often went unnoticed in Sri Lanka, until recently. The combination of fear, haunting memories, and the knowledge of how devasting the implications can be over decades to come, brings home the irrefutable tragedy of today’s unfolding events. It cannot be adequately expressed in words. Moreover, this is a new brand of terrorism which transcends geographical borders.

In this, migration in and out of countries play a critical role. Mobility across countries enables many migrants and their families to achieve a better quality of life. Nevertheless, this virtue of migration can easily be transformed into a dangerous nexus when used as a channel for unfavourable activities such as terrorism.

This blog sheds light on some of the resultant policy developments that will need urgent attention in response to extremist terrorist attacks in Sri Lanka from a migration point of view, with the aim to influence institutional changes in border control in Sri Lanka, to counter international terrorism.

International Elements and Migration of Terrorism

The unravelling investigations into the Easter Sunday attacks involve many international elements. On one level, the extent of coordination and the quality of attacks appear to indicate that a local group could not have acted alone and ‘there must be a wider international network behind it’. Reinforcing this theory, international terrorism experts have argued that these home grown attackers would have received expertise, training, funds as well as raw materials from abroad, to carry out these catastrophic attacks.

Most reports on the investigations point to the involvement and motivation by an international terrorist group. They also point to both inward and outward migration of terrorism to and from Sri Lanka, respectively, that have taken place over the years to culminate in these attacks. Reports in 2016 appear to suggest that about 32 Sri Lankans (including those connected in the Easter Sunday attacks) have undergone terrorism training overseas for months. Not surprisingly perhaps, foreign nationals are among those arrested as suspects, including those who are alleged to have assisted in the manufacture of bombs used in the attacks. Meanwhile, an international terrorist group is reported to have claimed responsibility for the attacks.

How Migration and Remittances Contribute to International Terrorism

In 2017, there was a total of 1,439,572 departures of Sri Lankans, while the corresponding arrivals were 1,481,368. Among these statistics, some are repeat travelers, while 212,162 left for foreign employment. In addition to migration for employment, other common categories include students, medical travelers, family unification, and tourists. Except for those departing for foreign employment via formal channels of the Sri Lanka Bureau of Foreign Employment (SLBFE), little is known about other departures, outside basic travel information, self-reported by traveler. As such, leaving Sri Lanka to join or train for terrorism does not appear to be a difficult feat.

Similarly, Sri Lanka’s focus on immigrants is limited to the archaic Immigration and Emigration Act of 1948, and lacks a policy, mechanism, or a regulatory body to oversee immigrants’ activities once they have arrived. For instance, while foreign nationals are permitted to be employed under very stringent circumstances in Sri Lanka, i.e. in investments projects approved by the Board of Investments (BoI), some are alleged to have been directly involved in manufacturing bombs for the attacks, for a monthly salary. Questions are inevitably being raised about how the attackers accumulated a large amount of funds to execute an attack of such magnitude. The somewhat complicated nature of financial remittance routed to Sri Lanka via convoluted paths, which makes tracking down the exact location of the origin and final destination of remittances tedious, needs to be analysed to ensure that international terrorist organisations are not able to move funds freely into the country to fund local terror groups. Together, these somewhat connected yet disjointed pieces when taken together, should not portray a picture of Sri Lanka as a magnet for international terrorists to hone in their activities.

Other countries that have experienced international terrorism have adopted detailed practices of checking mobility of individuals. Specifically, in the wake of 9/11, many countries developed new institutions and regulations for the main purpose of controlling migration flows and used them as counterterrorism methods.

For instance, in 2003, the US dissolved its existing Immigration and Naturalization Service, and established a broader cabinet agency, Department of Homeland Security, encompassing operations and enforcement of activities related to customs, border protection, citizenship and immigration services. Additionally, the US approach, rightly or wrongly, was that an average immigrant was viewed as guilty until proven innocent in many ways. Moreover, although the 9/11 Commission found no definitive evidence that informal remittance channels financed activities of 9/11 attackers, the inference was sufficient for many European and Asian countries to aim at regulating these remittance channels. Similarly, Australia, maintains several records to monitor travelers, such as Advance Passenger Processing reporting, and a Movement Alert List.

Sri Lanka is a poster case for having eradicated home-grown terrorism. Nevertheless, the international influence on the Easter Sunday attacks calls for Sri Lankan expertise on counter terrorism to be complemented with international support, mainly in areas of border control, to ensure that inward and outward migration to and from Sri Lanka does not facilitate the island to become a breeding ground for international terrorism.

As such, it is important that new infrastructure, institutional structures, methods, and capacities related to the regulation of inward and outward migration and remittances, capable of counteracting international terrorism are integrated into upcoming national migration and immigration policies. Ideally, Sri Lanka ought to channel some of the generous offers for support and collaboration by developed nations, into the above-mentioned areas As a priority in this regard, Sri Lanka should reconsider the disjointed nature of its immigration and emigration policies. Especially, in an era where immigration is emerging as important as emigration, it is imperative that the two facets of migration are considered under one umbrella. To this effect, an institutional structure needs to be introduced to holistically view migration and immigration, rather than each component in isolation.

Other changes to consider include the expansion of the migration policy to incorporate all types of out migration (beyond labour migration). Such coverage of other types of migration would tighten the loopholes currently exploited for migration for terrorism. Similarly, national security concerns ought to be addressed in both migration and immigration policy frameworks.

To facilitate all these efforts, Sri Lanka needs modern methods of data collection. It must also collect better data on distribution of inward remittances in its country of origin and disbursement within Sri Lanka, and expand this to cover distribution of regions of origin of outward remittances from Sri Lanka and their countries of destination. Culminating these efforts, the country needs to go beyond data collection, and improve capacity and resources to adopt sophisticated data analysis methods and tools (i.e. big data and real time data analysis of migration and remittances), to effectively combat international terrorism.