Improving Quality of Jobs in Sri Lanka: Can Exports be the Panacea? 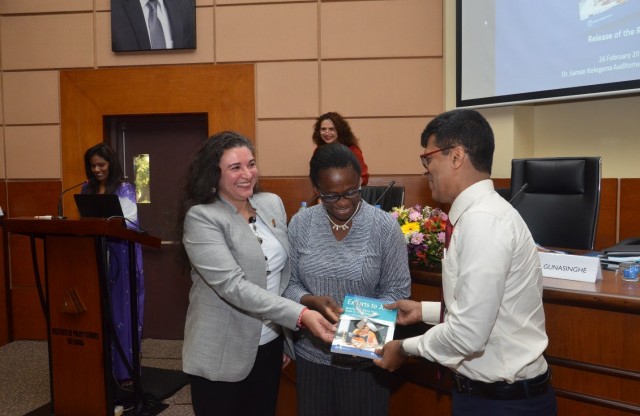 Sri Lanka’s labour market has been riddled with persistent high informality, an unchanging low female labour force participation, and low quality of available jobs. Enhancing exports can be a solution to these intractable problems, according to the findings of the Exports to Jobs – Boosting the Gains from Trade in South Asia report, a joint study by the World Bank (WB) and the International Labour Organization (ILO). The study, using data from India, Sri Lanka, and Bangladesh shows that boosting exports improves domestic labour markets by creating jobs, increasing wages, and reducing informality.

The impact of trade on employment shows that the Sri Lankan labour market, especially young females, benefitted from export growth in the economy. Initiatives taken by successive governments to promote trade since late 1970s resulted in Sri Lanka’s exports of goods and services to GDP ratio increasing, mainly in the 1990 to 2000 period. The ratio was at its highest in 2000 (39 per cent of GDP), but it has since declined to 22 per cent in 2017 (see graph). This decline was due to many reasons, including loss of domestic competitiveness, an overvalued currency, as well as external factors such as the phasing out of the Multi-Fiber Agreement (MFA) in 2005, the ending of the GSP-plus scheme in 2010, and the global financial crisis. Since 2010, exports of goods and services have started picking up again, but its contribution to the GDP remains low compared to its earlier performance. The Effect of Exports on the Labour Market

The improvement in trade has benefitted the labour market in many ways. Employment has shifted from agriculture, which provides mainly informal employment opportunities, to the industries and services sectors. Available evidence shows that employment in the industry sector has doubled from one million in the early 1990s to about two million in 2006; a half of these jobs were created in the manufacturing sector. The main beneficiaries of these employment opportunities were those hardest to employ – the young, low-skilled females. In addition to direct employment created in the export sector, jobs were also created in the non-tradable sector. Many of the workers in the Export Processing Zones (EPZs) are internal migrant workers. As such, many small-scale businesses have come up close to the zone, providing food, lodging, and transport to these workers. Other firms provide support services to the manufacturing businesses operating within the zone, such as freight forwarders and logistics providers.

Available data also show that real wages have kept pace with the export sector performance. The real wages increased in the 1996 to 2000 period, when the export performance in Sri Lanka was improving. However, along with the decline in the exports to GDP ratio from 2000 to 2006, the real wages either stagnated or declined. This decline was most apparent for young females.

Nature and Scale of Exports Matter

According to the Exports to Jobs report, the extent to which exports can influence the labour market outcomes are dependent on the scale and nature of export growth. Higher the export per worker, larger the benefits from export growth. The findings show that increasing exports per worker in Sri Lanka from USD 250 to USD 1,500 on average can increase wages from about LKR 2,000 to about LKR 14,000. The report further notes that the nature of exports also matters in determining who benefits from exports. For example, an increase in labor-intensive exports can boost employment creation and wages more than capital-intensive exports.

One issue with relying on the export sector to create jobs has been its volatility. This was apparent during the global financial crisis that started in 2007. During this period, the sources of employment shifted from export-oriented sectors such as manufacturing, to domestic agriculture, and wholesale and retail jobs. According to the Exports to Jobs report, diversifying the export markets and the export product base can help to reduce this volatility. Further, The employment loses during the phasing out of the Multi-Fiber Agreement, was mainly due to the closing of the smaller firms while the more established firms continued to grow, making use of new opportunities such as the GSP-plus scheme (See for e.g., Utilization of Preferential Trade Arrangements: Sri Lanka’s Experience with the EU and US GSP Schemes,). Such examples show that firm quality and sophistication also matters in being resilient to changing domestic and global environment.

The Exports to Jobs report further notes that the gains from exports can be increased through complementary policies. The study results show that educated urban workers benefit more from higher exports. In this light, policies to educate rural workers and improve connectivity between cities and rural areas can help to extend these benefits to rural workers.