Technology and Economic Transformation: Is Sri Lanka Prepared to Ride the 4IR Wave? 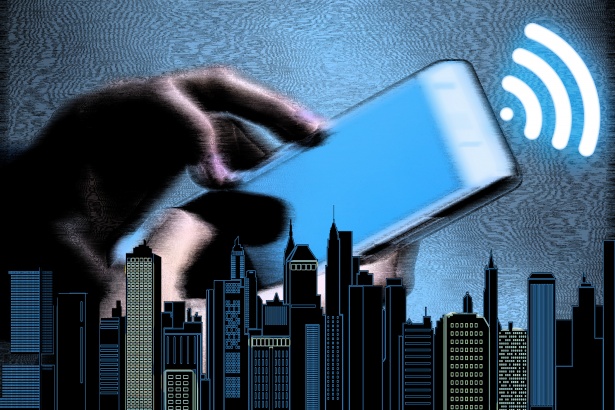 Sri Lanka boasts of a relatively high literacy rate of 92 per cent amongst its population. However, its computer literacy rate is a meagre 27.5 per cent. Meanwhile, the World Economic Forum’s Future of Production Report categorises Sri Lanka as a nascent economy, and shows significant lags in its sub-indices on technology and innovation, economic complexity, technology and innovation, and global trade and investment. Each of these, points to deep structural weaknesses in Sri Lanka’s economy, educational structure, and cultural fabric. However, the emergence of the technology-led Fourth Industrial Revolution (4IR) is generating its own urgency to address these concerns, while simultaneously creating ample opportunity for growth. If Sri Lanka is to circumvent the middle income trap and achieve high income status, its economic transformation has to be driven by technology and innovation.

This blog briefly discusses some salient points on this matter, with a particular focus on those highlighted at IPS’ New Thinkers’ Symposium (NTS).

Technology has been recognised as a critical means of improving governance processes. The digitisation of government bureaucracy not only improves the efficiency of service delivery in institutions, but also reduces the scope and opportunity for bribery and corruption. Thus, governments across the political spectrum have undertaken large-scale projects to introduce e-governance systems, albeit with limited successes. The root cause of this, however, is governance failures, rather than technological failures. Three key factors were identified during discussions at the NTS: (i) the absence of a cross-cutting policy vision, (ii) lags between the introduction of technology and complementary legislation, and (iii) scepticism on the use of technology, especially by senior policymakers and bureaucrats.

The National Digital Economy Strategy, created by the McKinsey Group for the Government of Sri Lanka, may prove useful in this regard. However, it is important that such a strategy is continued as a bipartisan venture and is not duplicated every time a change in political power takes place. In recent years, Sri Lanka has introduced several positive e-governance initiatives, such as the online vehicle revenue license service and the acceptance of e-documents in the export and import process. However, as demonstrated during the roll-out of the e-document policy, the lag time in amending the necessary legislation severely delayed the successful implementation of the entire policy.

Similarly, smart classrooms are being introduced more into schools. Whilst such policies help introduce the younger generation to important technological tools, it is vital that school curricula are also updated in a manner that encourages critical thinking and problem solving whilst equipping teachers with the necessary skillsets to fully utilise such technologies. Furthermore, it is important to be cognizant of the wide disparities that exist between schools within the Sri Lankan educational system. As such, smaller scale technological interventions could potentially have greater marginal benefits to the country.

Access to technology reaps a multitude of benefits in the private sector., Technology can lower barriers of entry so that any firm, regardless of its size, can penetrate the export market. It not only boosts local businesses’ ability to innovate, by integrating technology into their current scope of work, but also to expand their ventures in the process. The government has taken a few affirmative initiatives, such as the double tax policy, which encourages spending on innovation, and obtaining grants on R&Ds, which have incentivised the private sector to utilise technology into their work with greater confidence. Despite such measures being undertaken to enhance and facilitate trade, further steps need to be implemented to boost cross border ecommerce, and encourage new economic tools such as blockchain technology, which would make it easier for SMEs to access the global marketplace.

Discussing the case of MAS Holdings, Head of FemTech, Gayani Abeysinghe, observed that companies also face the challenge of a male dominant workforce in technology and innovation, due to a lack of females taking up STEM (science, technology, engineering, mathematics) education. Studies around the world demonstrate that a lack of diversity in the labour pool often translates to limited scope for innovation and ideas as well. As a result, companies in the innovations sector often look towards foreign recruits to fulfil gaps in expertise. Having more female participation in STEM education also leads to other broader social and economic benefits such as having more fiscal stability for women. Moreover, labour policy reforms related to flexible working hours and work-from-home options would facilitate the use of technology and improve labour force participation as well. These views mirror IPS research on female gender force participation.

Although not often discussed, technology and innovation play a significant role with regard to environmental conservation. Technology-led conservation efforts can drastically reduce costs and enable access to locations that are not normally reachable, in a short time frame. Furthermore, technology and innovation are paramount to manufacture scalable, environmentally-friendly alternatives to replace substances like plastic or polyethylene, which are toxic to the environment. As noted in previous IPS research, this should also extend to existing economic activities such as sustainable eco-tourism for conservation-based development.

Unfortunately, in Sri Lanka, the discourse on environmental conservation is limited to a narrow scope of issues, and  is perhaps reflected in the island being named as one of the  40 countries with the least funding for conservation. According to marine biologist, Asha de Vos, transforming ad hoc conservation activities by corporates or individuals into a long-term strategy would be sustainable and more constructive. By educating and empowering the youth to go green, Sri Lanka would be able to move forward and drive change in the areas where environment issues are prevalent. Therefore, upgrading the educational curriculum to include issues such as conservation is fundamentally important, with suitable technologies such as computer-supported collaborative learning to complement such efforts. Furthermore, given that developing countries are often priced out of modern technologies associated with environmental conservation, if aligned with the new Innovation and Entrepreneurship Strategy, Sri Lanka could become a pioneer in creating technologies that are more appropriate for other developing countries.

Given the above, it is abundantly clear that technology-based solutions for better economic performance should not occur in vacuums. Rather, Sri Lanka should embrace a common policy vision that is inclusive and far-reaching, with an identified goal of elevating the country’s economic, social, and cultural dynamics through technology. In order to achieve this, while policy changes in areas such as education and legislation are important, a simultaneous move should also take place to address the trust deficits citizens may have regarding the use of technology, be it on issues such as privacy or simply a cultural scepticism of new media. Sri Lanka should not be left behind by other developing countries in South-East Asia, which are fast embracing technology and innovations to transform their economy.

Authors, Kithmina Hewage is a Research Officer and Damithri Munasinghe is a Project Intern at IPS.