Do Not Bite Off More than You Can Chew: Single Window Implementation Process in Sri Lanka 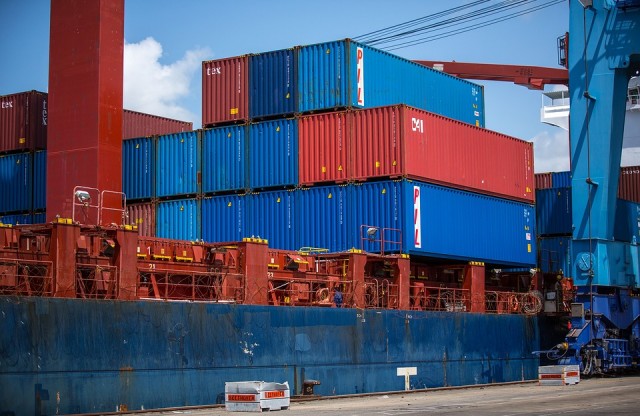 Sri Lanka’s National Single Window (NSW), when implemented, will allow businesses to lodge information and documents with a single entry point, to fulfil all import, export, and transit-related regulatory requirements. The implementation of the NSW is also a legal obligation under the World Trade Organisation’s (WTO) Trade Facilitation Agreement (TFA), which Sri Lanka ratified to improve its business competitiveness.

NSW initiatives are complex and lengthy projects, involving many different stakeholders and activities. When it comes to NSW ‘implementation’, it can be interpreted in several ways. For the purposes of this blog, implementation is defined as the period from when the NSW is made operational or rolled-out after being developed. Currently, Sri Lanka is at the very beginning of the project life cycle in the establishment of a NSW, with the development of a NSW Blueprint to be released soon. At this point, some thoughts on the implementation process is warranted.

A Big Bang or Gradual Approach?

It is often appealing to contemplate an all-at-once type implementation, referred to as a ’big bang’, where there is a fast and deep change within a short period of time. This is politically appealing because of quick delivery of results. However, in the majority of circumstances, it is impractical to implement comprehensive ICT-based projects in such a radical manner. This is mainly due to practical limitations on the capacity to manage a broad change.

The alternative is a more phased implementation, where change is gradually introduced over a longer time frame, starting on a small or limited scale. A gradual implementation offers the advantage of overcoming resistance to change from stakeholders, whilst reducing the cost of change. As such, a NSW project usually starts with a selected number of stakeholders, functions, and geographical coverage, and is later scaled up. However, the risk of a gradual deployment is that it may result in limited transformation and insufficient change to make a significant impact on the overall trade facilitation in the country. It is, therefore, necessary to carefully undertake changes which will have a high impact on trade facilitation, whilst signalling future (and more difficult) changes to the NSW. Using a gradual approach leads to an overall longer implementation process and there is also the risk that political support can wane in the process, or the champion that drove the process disappears with time. Thus, both options have their advantages and disadvantages that need to be considered in the implementation of a NSW in Sri Lanka.

At a recent public-private consultative on the NSW implementation in Sri Lanka, organised by the International Trade Centre (ITC), in collaboration with Government of Sri Lanka (GOSL), this issue was deliberated amongst stakeholders. Based on the experience of NSWs in other countries, it was suggested that Sri Lanka should take a gradual approach and not try to bite off more than it can chew. More specifically, it was discussed that improving the functionality of a NSW is more important than extending the service to all traders and geographical locations in the country at the start of operations. In terms of mode of transport and geographical coverage, maritime transport and the Colombo port should be given priority from the onset.

Opinions varied on prioritising exports and imports at the start of operations. Some stated that imports should be included from the outset, as most exports in Sri Lanka are import dependent and import procedures and processes are far more complex than exports. However, others thought it would be easier to start the NSW implementation with exports as it is less complex and there could be quick benefits to the trading community. Similarly, it was observed that transhipment is subject to a few and simple procedures, and therefore should be available from the start.

In terms of export sectors to be prioritised in NSW implementation, agricultural products and apparels were highlighted in the discussion, given that they are governed by a number of GAs and their importance to the economy, respectively. Those who preferred imports to be covered at the start of NSW operations added that products such as raw materials and inputs for industries (for example, building materials, fertilizer, textile inputs and oil) be included. However, some stakeholders believed that there should not be a sectoral preference in the roll-out of the NSW.

Of the 37 government regulatory agencies, it was suggested that a number of heavy traffic agencies should be included in the NSW on a priority basis, while others are added over time based on resources available. Some of the notable heavy traffic agencies include, Sri Lanka Customs, Department of Import and Export Control, Animal Quarantine Office of the Department of Animal Production and Health, National Plant Quarantine Services of the Department of Agriculture, Food Control Administration Unit of the Ministry of Health, National Medicines Regulatory Authority, Sri Lanka Standards Institution, Board of Investment, ports, and airports.

While it was noted that some traders and agents have the necessary technical, knowledge and infrastructure to use the NSW, especially larger businesses, training, information and infrastructural support need to be provided to SMEs together with a lower user fee to encourage their participation in the NSW.

The discussion underlined that to successfully implement the NSW, there must be strong political will and commitment in Sri Lanka from the beginning. Moreover, to sustain the implementation process over time and move things forward, it was suggested that there should be a strong lead agency, interagency coordination, proper communication channels, as well as collaboration between government and the trade community.

*Under the EU-Sri Lanka Trade-Related Assistance project, funded by the Euro­pean Union (EU), and implemented by the International Trade Centre (ITC), in collaboration with GOSL, ITC together with the Institute of Policy Studies of Sri Lanka organized four public-private con­sultations (PPCs) to foster stakeholder discussion on the NSW.PPC on the implementation of the NSW was held on the 26th of September in Colombo with the participation of both public and private stakeholders.