Contract Farming: A Way to Even the Playing Field? 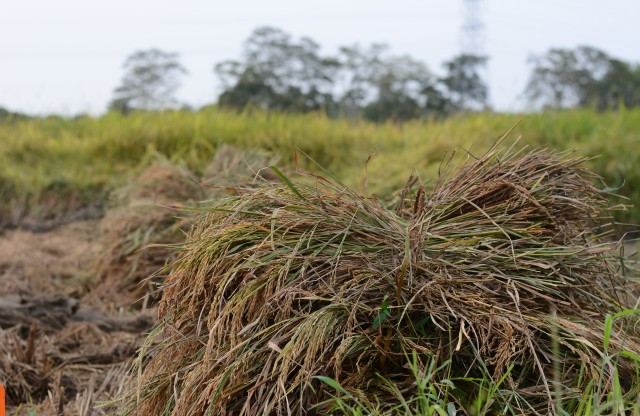 The economic importance of Sri Lanka’s agriculture sector cannot be overemphasised. It employs nearly one third of the population, while thousands of others’ livelihoods are indirectly dependent on agriculture. But, the majority of the farming community still occupies the lower rungs of the income ladder. Farmers in rural areas struggle with the lack of agricultural inputs, outdated technology used in agronomic practices, unpredictable weather, and difficulties in finding better markets with reasonable prices for their harvest. In most areas, small-scale farmers are sidelined when there are large scale players in the production field. One of the possible solutions to uplift these farmers’ livelihoods, while developing the agricultural sector, is by integrating traditional farmers into existing modern value chains. According to World Bank research, Contract Farming (CF) can help with this process.

Contract Farming as a Developmental Strategy

As described in Food and Agriculture Organisation (FAO)’s Contract Farming-Partnerships for growth, CF is an agreement between farmers and an agricultural firm. Here, agribusiness firms supply the farmers with inputs such as seeds, fertilizer, and chemicals on credit, as well as technical assistance, prior to the farming process. These firms also ensure a market for the produce, on a contract basis. However, such contracts pose both opportunities and challenges to farmers. The opportunities are clear. By signing contracts with companies which have already built strong market channels, farmers are able to share the market risk, as well as reap more profits. According to the FAO, CF is considered to be an attractive strategy to integrate poorer farmers into an open-market economy and to generate higher incomes to rural farmers. In other words, theoretically, CF is a sound development strategy.

Challenges of Involving Farmers in CF

There are many challenges. According to Milou Vanmulken’s research, while contract farming schemes (CFS) are applauded for linking millions of farmers to national and global markets, they are not free of disadvantages. Many bottlenecks are observed within the existing CF systems. Farmers sometimes sell the inputs such as chemicals and fertilizer supplied by the firm, or use them on other crops. There are instances where farmers sell the products to an entirely different company or to a small trader who visits their farm, breaching the contractual agreement. Public-Private Partnerships (PPPs) are identified as a solution to such bottlenecks in value chains. But, this is not enough; smallholder agriculture will have to play a much greater role in the agricultural sector in supplying enough food to meet the demand.

A new concept, Public-Private-Producer-Partnerships (4P) models, has been introduced. The 4P approach is used as a “pull” mechanism to finance business plans submitted jointly by private companies and farmer organisations. In these partnership agreements, both parties take risks, invest, and share the benefits. There are many successful case studies emerging from the 4P model. For instance, the Los Fonchanos Milk Cooperative in El Salvador notes that this strong relationship and investment using the 4P model has led to a 70% increase in production. It is evident that the 4P model is a way to overcome the existing challenges in CF.

The University of Peradeniya conducted a study in the Anuradhapura district to identify key factors that determine farmers’ participation and retention in existing CF systems.

The study suggests a remedy for a common problem with CF – side selling. It finds that while some farmers’ side-selling practices are motivated by returns and prices, others side-sell because of weak assistance and poor relationships between the firm and the farmer. More than 50% of contract farmers had sold their harvest to other buyers, in spite of contract terms and conditions (Figure 1). Interestingly, most of the independent farmers in the area were open to the idea of entering into a CF partnership with an agricultural firm in the area, but those who have tried out CF already were not satisfied, due to the above-mentioned reasons. However, based on survey data, the harvests of contract farmers are higher than those of independent growers. Therefore, non-contract farmers who have witnessed their neighboring contract farmers’ successes are more likely to register with contractors (Figure 2). One farmer, speaking on his experience with CF, noted “a few years ago, a private firm came to our village and asked us to join with them in CF. They got us an interest free loan scheme to buy inputs and promised us to visit our farms once a week. But they did not follow through. So we ended up selling our harvest to another buyer.” He maintains that if the firm had lived up to their end of the bargain, he would have never breached the terms and conditions of the contract, but since the company did not honour the contract, he felt that it was acceptable to sell to someone else.

Meanwhile, a farmer who was waiting to sign a contract with a company was concerned that he was already too late. “I could not sign a contract with the firm and now I am worried because neighboring farmers who signed contracts have already achieved higher yields than me.” From these discussions, it is clear that CF can help to increase the harvest, but issues with the management of the system pose a challenge.

Even though CF has the potential to generate high profits for farmers, the process has to be well managed from the beginning. Once the trust between farmers and the sourcing company is breached, future business activity is no longer possible, causing farmers to leave the system altogether. Since farmers’ decisions are driven by expected outcomes and profits, their confidence is vital for the success of CF. If the farmers feel uncomfortable with the system, they will leave the system for good.

In Sri Lanka, the National Agribusiness Development Programme (NADeP) has introduced innovative models for inclusive and sustainable agribusiness development. It is a testament to the success of using 4P models in contract farming. There are about 17 ongoing innovative 4P schemes across the country catering to different agribusiness ventures that include dairy farming, hybrid maize, bee keeping, gherkin, fruits and vegetables, sea weed and hybrid seed. These 4P schemes are expected to benefit the farmers by helping them improve the quality of their produce and lead to higher incomes. Therefore, the CF concept is being integrated through successful models such as 4P, which helps to stabilise well integrated value chains and develop inclusive and sustainable agribusinesses.

Nimesha Dissanayaka is a Research Officer at IPS. Her research interests are food security, agriculture policies and institutions, agriculture productivity, and agribusiness value chains. She holds a BSc (Hons) in Agricultural Technology and Management specialised in Applied Economics and Business Management from the University of Peradeniya. (Talk with Nimesha - nimesha@ips.lk)