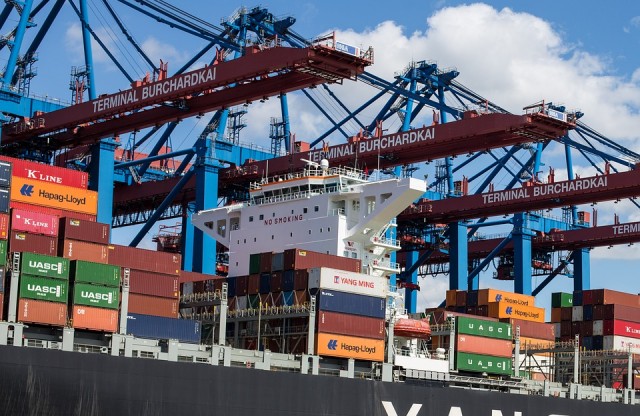 Sri Lanka is committed to establishing a National Single Window (NSW) for international trade as a policy priority, with the support of the private sector. A NSW allows exporters and importers tosubmit documents at a single location or entry point, to fulfill all trade-related regulatory requirements, thereby facilitating cross-border trade.

While Sri Lanka is still at the preparatory stage of a NSW project lifecycle, it is important to consider the different options for its operational model as soon as possible. A policy decision in this regard will help determine sources of funding for the project, its implementation, budget, and fees to be charged for the services provided by the NSW operator.

A specialised government agency, government corporation, or public-private partnership (PPP), should be explored as possible options for the NSW operator. The operator will be responsible for every step, from obtaining and establishing the technology and infrastructure, to the management, operation, and provision of services through the NSW.

Relying on an existing government agency (for example, the Customs) as the operator is a common practice among existing NSWs in the Asia-Pacific region (See Chart). For example, the operator of the Philippines NSW is the Bureau of Customs, which deals with customs processes required for export and import trade. This approach is attractive because the Customs are often advanced in terms of IT resources and skills, have an independent budget, and control all trade transactions. The challenge is to ensure the participation of other government agencies in the NSW that will not only cater to improving the efficiency of the Customs clearance process, but also to fulfill the objectives of other agencies.

Alternatively, a new and neutral agency could be set up. However, this is not a popular option, given that it potentially requires additional resources and time for its creation. In the case of a government agency or corporation, the funding for the implementation, operation, and evolution of the NSW is provided solely by the government and/or the donor. The Philippines National Single Window (PNSW) is a fully government-funded project and is free to all registered users. The only costs involved are the agency charges for insurance permits, licenses, and clearances. In Indonesia, the government funds the NSW, including its building and operation. There is no usage fee as all costs are covered by the government.

While the government may want to fund the NSW project to improve the business environment, a major risk lies in the possible absence of adequate resources to upgrade the operation. This situation can adversely impact the performance of the NSW. Very often, donors support the implementation of the NSW, while the government provides funding for its operation. However, donors can come on board ultimately to upgrade the NSW.

A PPP is a popular operational model around the world, especially in Asia-Pacific. Some of the major and emerging economies in the region, such as Japan, South Korea, Malaysia, Singapore, and Thailand, have implemented a PPP model for NSW. PPP is a contract – often of medium to long term duration – between a private company and a government. The goal of the partnership is to provide a public service and/or infrastructure. Under a PPP, the private company bears the risks, while its remuneration is linked to delivery and performance of the infrastructure and the services provided.

Generally, the NSW services established under a PPP are payable. The user fee is expected to cover at least the costs of operation and maintenance, and any incremental costs to government agencies participating in the NSW. The PPP model has the advantage of being complementary to the other sources of funding, with the possibility to call on the government or donors if required.

Singapore’s NSW is often cited in literature as one of the earliest and most successful examples of a PPP. CrimsonLogic Pvt Ltd was selected through an open competitive tender to develop, operate, and maintain the NSW systems. The PPP model enabled Singapore Customs to leverage the capabilities and expertise of the IT company to build and operate the systems, while CrimsonLogic was able to recover its capital investments and operating expenses through collecting processing fees from users.

While private ownership in the NSW is another option, it is not popular. When the private sector provides funding for different stages of the NSW project (for example, Germany, and Guatemala), its prime motivation is profit maximisation. This can result in high cost for the services offered through the NSW, which is not in the best interest of facilitating trade.

Of the 46 countries in Asia and the Pacific, 10 states (32%) have fully or partially developed NSWs (see chart). About 60% of the NSWs in operation is publicly owned, and funded through grants, while the rest is established as PPPs, with partial funding by private companies. While the NSWs operated by government agencies or corporations rely on the state for their operational budget, other NSW operators have secured their funding from commercial operations. International experience illustrates the different options to introducing NSW, but it is difficult to pick one as the best.

While taking international experience into account is important, the government of Sri Lanka must decide the appropriate operational model, in consultation with individual government agencies and other stakeholders, including the private sector. The strengths and weaknesses of each option, specifically within the local context, should be considered when deciding on the NSW operator.