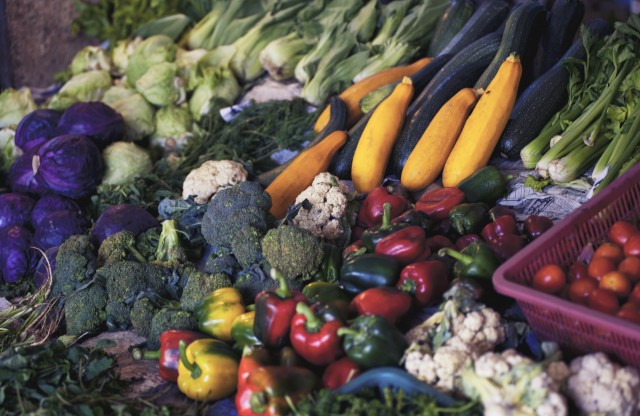 Although Sri Lanka performs well in most health indicators, child nutrition is still a major challenge. Sri Lanka Human Development Report 2012 revealed that poor nutrition is the chief cause of multidimensional poverty, accounting for 30% of the multidimensionally poor (based on 10 indicators representing health, education, and living conditions). Well-nourished people are healthier, better learners, and more productive in life. Recognising the importance of improving the nutritional levels, National Nutritional Policy (NNP) was initiated in 2010. However, recent nutritional estimates of Demographic and Health Survey (DHS) 2016/17 do not paint a positive picture about the current status of Sri Lanka. Despite countless initiatives to alleviate malnutrition, child nutritional levels have not improved considerably over the years (Figure 1). Also, these numbers worsen when it comes to certain population groups, such as the estate sector, where prevalence of malnutrition is more severe irrespective of how malnutrition is measured. For example, 30% of children under 5 years of age (U5) are underweight while 25% babies have low birth weight (Figure 2). Socio-economically poor are more likely to be malnourished

Those in the estate sector continue their cultural dietary practices and consume more wheat flour. Estate sector households’ average wheat flour consumption is steep, at around 10kgs per month, whereas average household wheat flour consumption is around 1.9kg (Figure 3a). On the other hand, those in the estate sector consume less animal protein; their expenditure for animal protein is much less when compared to the expenditure patterns of the other regions (Figure 3b). These poor dietary habits negatively affect their nutritional status.

Although estate sector lags behind economically, the expenditure on alcohol and tobacco in this sector is roughly double, when compared to the average Sri Lankan (Figure 4). Estate sector people are addicted to alcohol due to many reasons such as, being engaged in labour intensive work, habit, and cooler climate. Also, there are many liquor shops available in close proximity, which also acts as a motivator for people to consume alcohol. Estate sector households’ average monthly expenditure for liquor and tobacco, as a percentage of their monthly food expenditure,is over 11%, negatively impacting the households’ food security. Poor sanitation facilities, another contributory factor for higher prevalence of malnourishment in the estate sector

How to Tackle the Malnutrition Problem

National Nutrition Policy has recognized theimportance of targeting of nutritional interventions to underserved areas, the plantation community, urban poor, and conflict affected areas. Further it has identified the necessity to promote behavioural change among the population, enabling them to make right food choices and care practices.

To be more affective policies must recognize and remove individual causes of malnutrition within the community. For better targeting, it is important to identify food shortages, and diversities in diets that exist among community. Also, educational programmes on nutrition should be strengthened to focus on the importance of nutritious food – what foods to select, how to prepare and feed children in relation to frequency, density, utilization, and the hygienic and nutrition value of food. Such awareness programmes on health and nutrition should also cover complementary feeding and health promotion among children and adolescents.

Further NNP has recognised the role of community organisations in programme planning, implementation, and monitoring of nutrition intervention programmes. For better targeting, community must answer root causes of malnutrition, with the help of trained individuals, and develop long-term solutions to the nutrition problem. Formation of women’s groups, with backing of referral facilities, is important to empower women to make the right nutritional choices. Especially, community driven programmeshave a major role to play in improving the food security of the deprived estate sector. In addition, NNP proposes to implement an evidence based community nutrition package through community workers.

Interventions to increase household food security through with better financial management and campaigns against behaviours and practices such as alcoholism should be carried out amongst the youth in estates. Also, living conditions in the estate areas should be enhanced by providing better housing and increasing access to ding safe drinking water, sanitary facilities, drainage and waste management.