Did the Blue-Green Budget Forget Migrants and their “Greenbacks”? 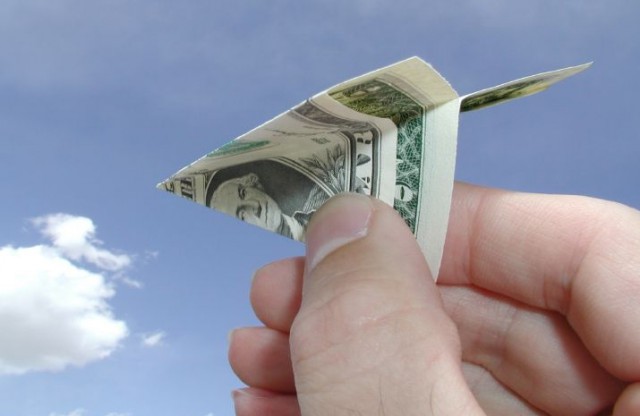 Despite Sri Lanka’s 2018 budget proposals, presented on 09 November 2017 being built around blue-green colors, greenbacks (US dollars in a color connotation) related to the country’s migrant workers toiling overseas received little or no attention. A good portion of Sri Lanka’s foreign exchange earnings are received as migrant remittances; in 2016, a total of 7.2 billion in greenbacks was remitted, which accounted for 8.9 % of GDP, surpassing foreign exchange earned by apparel exports or tourism. Remittances account for 80 % of the trade balance, or 4.5 months’ worth of imports. Similarly, almost one in every eight households in Sri Lanka receives remittances, and annually, over 250,000 Sri Lankans leave for foreign employment. Yet, the proposed Blue-Green Budget had no reference to remittances, nor the migrant workers who send them home.  Does this mean migration and remittances are not priorities of the Sri Lankan economy? One hopes not. Previous budget proposals have included a pension scheme for overseas employees (proposals for 2017), and dedicated immigration/emigration counters at the Bandaranaike International Airport for “Commercially Important Persons” heading to Middle Eastern countries (proposed for 2016), among others. Indeed, the absence of any reference to migrants and remittances in the 2018 Budget appeared to generate speculation that a tax imposition was imminent on the remittances of migrant workers. The speculation was promptly addressed by the authorities to deny any intention to tax remittances (“No Tax on Remittances of Migrant Workers: Thalatha”, by Kalathma Jayawardhane, in Daily Mirror, Saturday 09 December 2017, p. A4).

To compensate for the absence of migration/remittance focus in budget proposals for 2018, Vision 2025 – the medium term economic policy direction of the government – notes that “the Government will only promote foreign migration in sectors without domestic labour shortages, and where there is potential for higher earnings and increased remittances.” Migration and remittances in Sri Lanka today are at crossroads with fluctuations in remittances, and simultaneous changes in the composition of the skills mix of those departing. This signals a need for support and incentives to carve out a sustainable future trajectory for remittances.

Until 2014, remittances experienced a steady growth, with the five year annual average growth rate standing at 13.7%. This upward trend reversed in 2015, with a 0.5 % decline to USD 6.98 billion. Coincidentally, in the same year, the share of skilled workers surpassed other skills groups. This change in momentum in remittance receipt was followed by a smaller than before growth of 3.5% in 2016 to reach USD 7.2 billion – just above the 2014 amount of USD 7.02 billion. Against this backdrop, 2017 is also expected to record a decline in remittances and an increase in skilled migration. As a result, a decline in remittances to about USD 6.5-6.7 billion can be projected, based on available monthly remittance data. When such fluctuations occur to the amount of remittances received, while the share of skilled workers is rising, it is uncertain if the policy focus of attaining the twin objectives of higher earnings and increased remittances identified in Vision 2025 is achievable. Moreover, focusing only on the ‘promotion of foreign migration’ in sectors with potential for higher earnings and increased remittances appears to bank on the assumption that those with potential for higher earning and remittances will in fact remit to Sri Lanka.

The occupational categories and associated benefits of better skilled workers from Sri Lanka indicate that they would earn higher salaries than lower skilled workers or housemaids. But compared to lower skilled migrants, skilled workers are more likely to migrate as families, leaving fewer ties in the home country. This may causes Sri Lanka’s receipt of remittances to decline in the face of growing skilled and professional migration. In the absence of a clear understanding of the dynamics between remittances and changes in skills composition of departures, incentive schemes to boost growth in remittances would be beneficial. Hence, the 2018 Budget would have been the ideal platform to pave the way towards the remittances vision identified in Vision 2025.

Value and Frequency of Remittances

Finally, having not made it to the Blue-Green Budget, perhaps the above proposals to increase greenbacks could at least find their way into the near term economic policy direction of the government, identified as Vision 2020, through the interim Budgets that will follow.