Spiraling Growth of Accommodation in the Informal Sector: Bane or Boon of Sri Lanka’s Tourism? 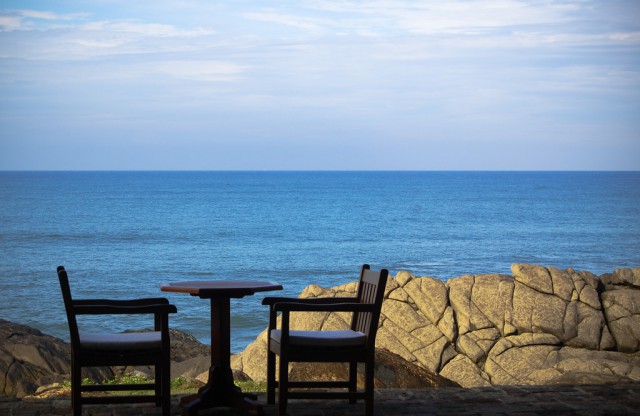 The end of the civil conflict in 2009 resulted in significant developments in Sri Lanka’s tourism industry. The immediate aftermath saw a short term, unprecedented growth of tourist arrivals by two folds from 438,475 in 2008 to 1,005,605 in 2012, surpassing the milestone of a ‘one million tourist destination.’ Arrivals further rose since then, passing the 2 million mark in 2016. The publicity Sri Lanka received from the international community, including travel guide books and other tourists’ reports, which promoted the country as a tourist destination, contributed to this increase in arrival numbers.

Given that room capacity in tourist hotels was constrained severely by the lack of investments during the conflict period, excess demand was met by supplementary establishments. According to the Annual Statistical Report 2016, tourist hotels (or the formal sector) are establishments registered with the Sri Lanka Tourism Development Authority (SLTDA), and consist of classified, unclassified, luxury, and boutique hotels. Supplementary establishments are guest houses, home stays, bungalows, rented tourist homes and apartments, heritage hotels, and bungalows approved and registered by the SLTDA, considered to be suitable for occupation by foreign visitors. Online Travel Agencies (OTAs) such as Agoda, Bookings.com, Trip Advisor, travel blogs, guides, and reviews, which have been gaining popularity in the recent past, , led to the burgeoning of supplementary establishments in Sri Lanka, fuelled by direct marketing activities via low cost online platforms.

Today, tourism is the third largest revenue earner for Sri Lanka, accounting for US$ 3.5 billion in 2016, and contributes 14.2% of foreign exchange earnings of the country. As the industry continues to expand, there has been a rapid growth in homeowners leasing spare capacity to meet the escalating demand for tourist accommodation. Unfortunately, some have failed to register their business with the SLTDA and are thus unregulated and exempt from paying taxes. This has led to the birth of the informal sector, which is a cause for concern in the industry. Although it is difficult to state the size of the informal sector and its contribution to the economy due to the absence of data and information, according to industry stakeholders, the informal sector generates a sizable income and employment opportunities while catering to a new, vibrant market segment. In this context, it is essential that informal sector service providers are encouraged to participate in the development of the industry, but under the purview of the SLTDA. Comparison of Room Capacities in the Formal Sector and Supplementary Establishments

Capacity in the formal sector grew due to investments by international hotel chains such as Shangri- La, RIU hotels, and, Movenpick among others in the post war period.  Room capacity in the formal sector rose by 52%, with an addition of 7622 rooms during 2010 -2016, while capacity in the supplementary establishments rose exponentially by 96%, with an addition of 5,640 rooms during the same period (Figure 1). Although exact data on the informal sector is scarce, a recent study by S. Miththapala highlights that around 50% of tourists in Sri Lanka opt for accommodation in the informal sector. Online platforms such as Agoda, Booking.com, Air BnB, and other low cost OTAs led to the rising popularity of these establishments, coupled with the fact that low cost operators use these giant OTAs to market their establishments. Meanwhile, an escalation of room tariffs and hotel prices by 20% – 30% in the immediate aftermath of the war contributed to a rise in demand for supplementary establishments and the informal sector accommodation establishments. In addition, changing preferences of tourists from choosing traditional ‘packaged holidays’, to free and independent travelers in search of ‘local experiences’ have also led to this change. Consultations with stakeholders highlighted that approximately 28% to 32% of tourist hotels and supplementary establishments’ profits are taxed.  This includes 15% Value Added Tax, 10% Service Charge, 2% Nations Building Tax, and 1% Tourism Development Levy. However, most unregistered businesses (the informal sector) do not pay such taxes, creating an unequal playing field. While both hotels and supplementary establishments are threatened by an erosion of market share, the latter is placed in a more precarious position. This is because supplementary establishments operate on a low cost model. With approximately one-third of profits taxed, there are limited funds to plough back as investments. Most of these low cost operators absorb the costs without translating the taxes into higher room rates to ensure their competitiveness. According to the provisions of the Tourism Act No.38 of 2005, which was enacted in 2007 necessitates  service providers (including the informal sector) to register or obtain a license with the SLTDA; failure to do so could result in paying hefty fines or facing imprisonment. Enforcement is likely to come into effect in a few months due to the growing burden of the informal sector on other players in recent years.  This may resolve the issue of tax avoidance on the part of the informal sector.

The growing proportion of unregulated service providers are a risk for all stakeholders in the industry if minimum quality standards are not adhered to. While reviews and blog posts are likely to capture substandard experiences offered to visiting tourists, it is central that authorities make concerted efforts to monitor and regulate the performance of these service providers since this could create a negative perception of Sri Lanka in the eyes of foreigners.  For example, an industry stakeholder pointed out ‘home stays in particular is a relatively new concept in  Sri Lanka and [they] are usually operated by inexperienced small scale facility providers unaware of maintaining hygiene, housekeeping, and quality standards required to meet the needs of modern day travelers.’ This trend is particularly apparent in the North and the East, in locations such as Arugambay, Pasikuda, etc. Hence, it is vital that awareness programmes are conducted to disseminate knowledge on the basic requirements for homestays, including adequate marketing and promotional activities for them. Thus, registering these service providers with the SLTDA can facilitate programmes on both technical and non-technical aspects of service delivery at a nominal fee or free of charge. Further, 21 Codes of Conduct have been formulated by SLTDA on home stays units, bungalows, apartment hotels, ecofriendly lodges, etc. which will be gazetted in the next few months. These Codes will help educate smaller service providers on the required standards and create an environment which encourages smaller service providers to participate in the development of the industry in a responsible manner. Moreover, by regulating the informal sector, the negative impact of unplanned construction on the environment can also be reined as well as provide them easy and better access to finance and land which have been issues due to its relative size and vulnerability.

Sri Lanka’s tourism is a buoyant industry and is estimated to expand even further in the future. Authorities should recognize that independent travelers are an emerging market segment and prefer low cost accommodation which cater to their needs and meet their budget. While some efforts have been made by the SLTDA to ensure minimum standards for establishments through the codes of conduct, more could be done to uplift industry standards and mainstream the informal sector through legal enforcement and the provision of training and better access to finance to help mainstream the informal sector. It is imperative to create an environment which will facilitate rather than dissuade low cost service providers to register their establishments with the SLTDA.

*This blog is based on a chapter written for the recently launched Sri-Lanka: State of the Economy 2017 report, IPS’ annual flagship publication.