The Gendered Face of NCDs: Can Sri Lanka Beat the Odds? 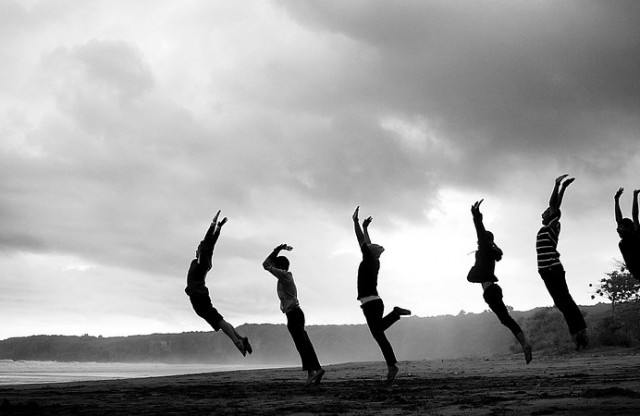 The death toll from Non-Communicable Diseases, or NCDs, (diseases of long duration and generally slow progression) is on the rise, and accounts for more than a half of total deaths globally. According to the World Health Organization (WHO), NCDs kill 38 million every year around the world, and around 75% of these deaths are reported from low and middle income countries, such as Sri Lanka. Cardiovascular diseases, cancers, chronic respiratory diseases, and diabetes are the four main culprits behind these deaths.

Females are more likely to fall victim to NCDs. WHO reports that NCDs cause two in three deaths among women annually. NCDs affect women inequitably because of three enduring myths that lead to the neglect of NCDs in females; (I) persistent view that health-related issues of women are defined through their reproductive capacity, (II) the misperception that NCDs primarily affect men, and (III) the notion that only women in high-income countries are affected by NCDs, caused by lifestyle choices.

The Gendered Face of NCDs

Studies done all over the world have found that women and men have different levels of exposure and vulnerability to NCD risk factors. Women are significantly more likely to be obese than men. The higher rates of obesity, in turn make them more vulnerable to NCDs, particularly diabetes. Disparities in physical activity between men and women are directly related to social customs such as restrictions on mobility, and clothing of women, and the perception that sports are ‘unfeminine.’  Such misconceptions hinder women from getting enough exercise and being fit.

Furthermore, a majority of studies diagnosing NCDs have been performed on men, and women are less likely to be diagnosed with NCDs at the early stages. Symptoms for cardiovascular diseases are also less apparent in women and, therefore, they go unnoticed and untreated.

Evidence also suggests that NCDs affect women more harshly on economic and social fronts. The majority of the world’s poor constitute women, who cannot afford NCD treatments. In most cases, men are favoured when households allocate funds for healthcare. Further, women are usually the sole caregivers for family members who suffer from NCDs. This is a long-term, unpaid commitment, which limits women from participating in economic activities, thus hindering their financial and social independence.

The Case of Sri Lanka

Similar to the global context, Sri Lanka too is experiencing a rising trend in the incidence of NCDs, and deaths attributed to NCDs. Evidence suggest that the prevalence of obesity, diabetics, and cardiovascular diseases is high among women in Sri Lanka (Table 1). Although alcohol and tobacco consumption is far less prevalent among Sri Lankan females, compared to men, the prevalence of other risk factors is higher (obesity, high blood pressure, high sugar level, and heart diseases). This could mainly be due to insufficient levels of physical activity, as there is no significant difference between men and women in dietary patterns. The STEPwise approach to surveillance (STEPS) survey of NCD risk factors in Sri Lanka, carried out jointly by Sri Lanka’s Ministry of Health  and the WHO in 2015, among adults aged 18-69 years, found the mean minutes of total physical activity per day by men is 202.4 minutes whereas women spent only 153.9 minutes. The lowest value among females was recorded in the age group 18-29 years. The STEPS survey highlights that the prevalence of combined risk factors is higher for women (Table 2). Since women are more vulnerable for NCDs, making NCD prevention and management more gender sensitive is of utmost importance. In this backdrop, three important gender-focused opportunities to address NCDs can be used to tackle this issue effectively.

Pro-poor and gender-sensitive health policies – Sri Lanka has experienced a rise in out-of-pocket-expenditure for health over time. Limiting and/or reducing out-of-pocket costs for NCD prevention and treatment can be especially beneficial for women, who may otherwise be unable to afford essential NCD medication and treatment. More attention should be given to changing life-styles and increasing women’s physical activity levels. In this regard, providing a safe and supportive environment for exercise, and addressing social norms on clothing and mobility concerns, which restrict girls and women from being physically active, are some important measures. Schools should give an equal place to boys and girls in physical education and sports, which empowers girls and lowers their risk of being overweight. Generating sex-disaggregated data is an important aspect of formulating more gender sensitive NCD health policies.

Using primary health care for NCD prevention and control – Sri Lanka has a well-established primary healthcare network, with a high coverage, providing domiciliary care and clinical care for infants, children, and mothers. Women in Sri Lanka are very familiar with seeking and utilizing this system. The same system could be used for NCD screening, detection, management, treatment, and education. ‘Well Women Clinics’ is one such initiative taken by the Ministry of Health. These clinics provide screening services for women against common NCDs (diabetes, mellitus, hypertension, and breast and cervical cancers).

Invest in girls, women, and their health – Investments on girls, women, and their health have many economic and social benefits. Healthy females can contribute to the economy more productively and empower themselves. There is an inter-generational effect in investing in women’s health, as healthier women would have healthier children, contributing to more productive societies. Education and awareness are powerful tools in investing in women’s health.