The Proof of the Pudding is in the Eating: Distribution and Revenue Implications of Sri Lanka’s New Inland Revenue Act 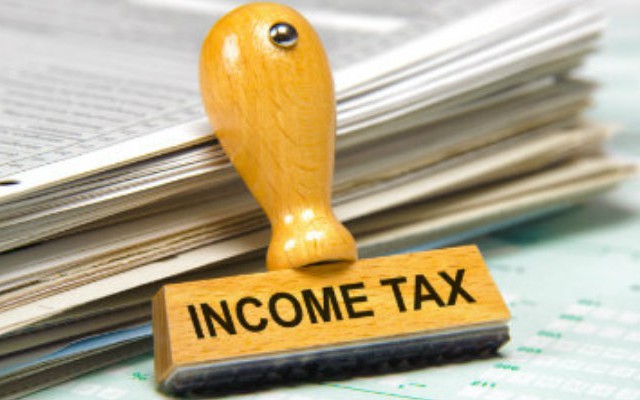 Earlier this month, the Parliament passed a new Inland Revenue Act, effective from 1 April 2018. How will the new tax regime affect the tax revenue and what will be the tax burden on Sri Lankan citizens? Is it more pro-poor? This blog tries to answer these questions, using the results of a recent study done by the Institute of Policy Studies of Sri Lanka (IPS), in collaboration with the World Bank.

Direct taxes paid by the people include personal income tax (PIT), pay-as-you-earn (PAYE) tax, corporate income tax and tax on interests earned. However, the blog concentrates only on PIT and PAYE taxes. As stipulated in the Inland Revenue Act No. 10 of 2006, PAYE taxes are deducted by the employers from the employees at the time of payment of their salaries and wages. The personal income tax is collected by the Department of Inland Revenue on the profits and income of every person or partnership, under the Inland Revenue Act No. 10 of 2006 and its subsequent amendments.

What were the income tax changes that came about with the new tax bill? How do these changes to the tax regime affect the payment of taxes?

With the newly-introduced tax regime, less people are required to pay PAYE taxes, due to the tax exempt income threshold being higher. Also, as the tax rates increase at larger income blocks, individuals in the middle income brackets would pay lower taxes than at present. But, because under the new tax regime tax rates will increase beyond 16%, the rich are obliged to pay a higher tax rate than at present (Figure 1).

As the tax exempt threshold did not change for PIT taxes, there is no change in the number of individuals required to pay PIT. However, as with PAYE taxes, those in the middle income brackets pay lesser taxes, as the tax rates increase at a slower pace under the new system.

How will this affect tax revenue?

According to our simulations based on Household Income and Expenditure Survey 2013/14 (HIES) data, the overall revenue from income taxes will decrease due to the proposed tax changes. This is mainly because there is a large revenue drop from lower PAYE taxes.  However, it must be noted that the HIES does not capture the income levels of individuals with very high incomes, due to underreporting. Hence, the actual revenue collected may be higher than the estimated value. Although PAYE tax rates will increase for individuals with high incomes (monthly income of more than Rs. 300,000), the number of taxpayers with such high incomes is low. One reason for the decrease in tax revenue is the higher threshold at which individuals are taxed. Although due to the higher threshold less people pay taxes, the new tax regime has also removed concessions (e.g., the earlier tax regime provided a lower tax rate for professionals. Under the new system this has been removed) that are allowed under the current system.

Is the new system more pro-poor?

The new PAYE tax regime is slightly more progressive and income equalizing than the current PAYE tax system. This means, the richer will pay more personal income taxes than the poor. For example, according to our simulations, under the new tax regime, 98% of the revenue from PAYE taxes will come out of the pockets of the richest 30% of Sri Lankans. This is an increase of 3 percentage points from the current tax regime. The increase in the share of PIT paid by the richest 30% of individuals also increases, albeit marginally. Under the new tax regime, 79% of the PIT will be paid by the 30% at the top of the income ladder.

The Inland Revenue Department (IRD) is at present taking measures to improve tax administration to increase tax compliance and collection from high income earners. At present, only a small share of persons in each tax decile is actually paying taxes in Sri Lanka.  According to theIRD, as of 2015, just 426,496 employees paid PAYE taxes and only 135,170 individuals paid PIT. If the tax administering process can be improved to net more tax payers, the revenue collected can increase. The share of individuals paying PIT is especially low. According to our estimates, only 2 out 5 required to pay PIT, is actually complying. Therefore, including more people in the tax net can increase the revenue collected.