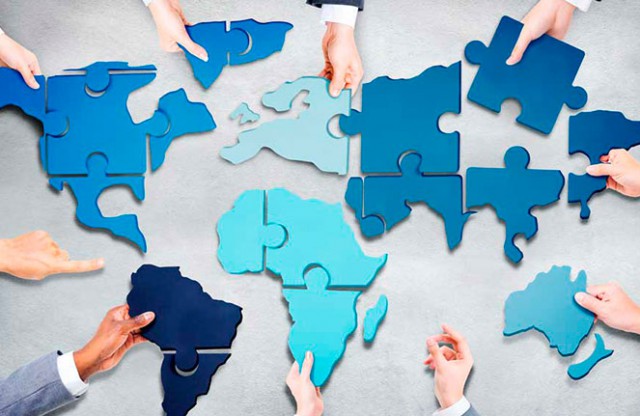 Even though 35 developed countries pledged to provide 0.7% of its Gross National Income (GNI) to foreign aid, only six nations – the UK, Denmark, the Netherlands, Norway, Luxembourg, and Sweden – currently fulfil this obligation. In fact, the failure to adequately financially assist developing countries is considered one of the foremost failings of the Millennium Development Goals (MDGs). As a result, the Sustainable Development Goals (SDGs) have looked at alternate means of financing development, including the potential expansion of South-South cooperation (exchange of aid, technology, and other forms of cooperation from one developing country to another). With developing countries left to their own devices, it is becoming increasingly important that countries find feasible and sustainable means of finance that do not potentially affect the macroeconomic stability of the country. Consequently, developing countries are increasingly looking towards creating outward oriented economies that are more suitable for foreign direct investment and export promotion.

Investment flows from developing economies to other developing economies are commonly referred to as South-South investment. These investments are mostly due to the emergence of Emerging Market Multinational Enterprises (EMNEs). The share of South-South Foreign Direct Investment (FDI) of total world FDI has risen from 3% at the beginning of the century to around 17% in 2016. Crucially, while FDI from developed economies fell by approximately 57% between 2007 and 2012 due to the global recession, South-South FDI rose by 15%. Companies based in the BRICS countries (Brazil, Russia, India, China, and South Africa) in particular, are increasingly contributing to shape the South-South FDI landscape, while acquiring close to $100 billion worth of assets globally in 2016. These trends clearly demonstrate the growing influence of South-South investment within the realm of the global economic sphere. Beyond the growth of the private sector in developing economies, the respective governments are also playing a more prominent role in international political economics. Rapid economic growth among these nations and the consequent increase in political power, combined with the rise of anti-globalist sentiment in developed countries, have allowed emerging economies to play a more prominent role on important issues such as trade and investment. For example, US’ withdrawal from the Trans-Pacific Partnership (TPP) and its collapse will allow the likes of China, India, and other East Asian nations to determine the future of international trade, if the Regional Comprehensive Economic Partnership (RCEP) is successfully negotiated. Similarly, these emerging economies have also increased their engagement with other developing countries in terms of increasing South-South cooperation, especially in improving infrastructure and capacity building. State Owned Enterprises, in particular, are playing a more active role in South-South investment, since the introduction of South-South economic initiatives such as China’s Belt and Road initiative.

Notably, these countries appear to align South-South cooperation with the interests of their respective private sector investment decisions. China’s Belt and Road Initiative is one such example, where the government has engaged in a network of infrastructure investments to facilitate the relocation of Chinese investments to these partner nations in the future. Other emerging economies such as India are also pursuing similar strategies in terms of using South-South cooperation to complement the flow of South-South FDI, albeit at a lesser scale than of China. India’s growing partnership with Afghanistan that integrates both development aid and private investment is one such example.

In addition to the emergence of EMNEs, rising production costs in developing economies such as China have also led to the increase of South-South investment. Consequently, many Chinese firms are relocating to smaller economies such as Bangladesh and Vietnam due to cost advantages. In addition, companies are also moving to locations that provide easy access from its source to final markets. Given Sri Lanka’s location between Africa and East Asia, it is ideally placed to attract South-South FDI seeking efficient host markets. However, the island nation has failed to attract South-South FDI from China and other emerging economies. In fact, Chinese investment in the country has been largely in the construction and tourism sector, rather than in the manufacturing sector.

Even though Sri Lanka is unable to compete on wages with its counterparts in the region, the country has also failed to effectively attract investment that warrants a more skilled labour force. Inconsistent, and at times protectionist economic policies over the years have become a severe hindrance in attracting FDI from around the world, let alone from other developing countries. Furthermore, EMNEs in particular, look towards investment destinations that can easily integrate into their regional value chains. Sri Lanka’s complex tariff and para-tariff structure undermines the country’s potential to do so. Therefore, even proposals such as the Hambantota Industrial Zone are unlikely to generate the intended benefits, unless the economy reforms its trade and investment policies at a more holistic level.

The issue of development finance garners considerable debate, and requires policies that are tailored to the needs of a country and global economic conditions at the time. Nevertheless, it is vital that developing economies such as Sri Lanka adopt policies that are able to sustainably finance its development, rather than seek short-term gains through debt-led development strategies. Therefore, a greater emphasis on South-South investments is likely to provide an adequate alternative to traditional means of development finance such as external loans and dependence on foreign aid by developed countries. That said, high volumes of borrowing by developing countries, such as Sri Lanka, could simply lead to a mere shift of debt exposure from traditional finance sources (e.g. IMF), to those from developing countries (e.g. China).  The synergy between South-South cooperation and South-South investment, on the other hand, provides an impetus towards filling capacity deficiencies while also providing a sustainable means of development finance geared towards an outward oriented economy.  Therefore, the emphasis should be on attracting South-South FDI.