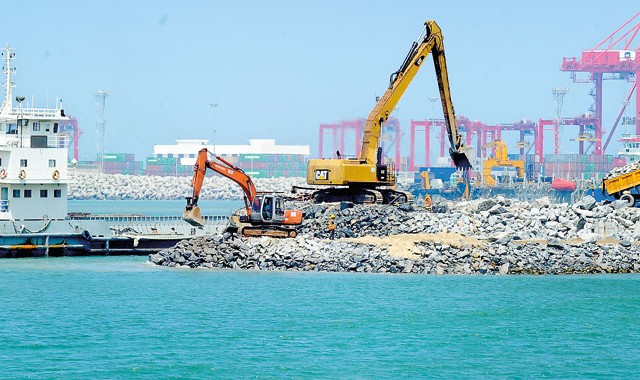 Since the conclusion of a nearly three-decade long conflict in 2009, Sri Lanka’s prominence in Indian Ocean politics has grown significantly. Whereas during the conflict its outlook was predominantly security-oriented, the island nation has now become prominent in economic and political matters in the region. However, despite its role as a pioneer of South Asian regionalism through the South Asian Association for Regional Cooperation (SAARC), Sri Lanka is increasingly turning towards broader engagement with East Asia. In doing so, the country is recognizing its pivotal position as a strategic asset to both India and China. The island nation’s move towards engagement beyond South Asia has placed Sri Lanka in the midst of Indo-China politics, which, if balanced astutely, could largely benefit its economy and political standing in the region.

The Pivot to East Asia

Sri Lanka’s shift away from a South Asian focus was initiated under former President Mahinda Rajapaksa in the immediate aftermath of the civil war. This was prompted mostly by political necessity. Sri Lanka was facing growing political pressures from the international community regarding alleged war crimes, and China offered much-needed cover at the United Nations and other international forums. Moreover, China was willing to provide unconditional economic support to finance large-scale infrastructure development, albeit through loans at market-rate interest. India’s reticence to fully embrace the Rajapaksa administration provided China with the opportunity to embrace Sri Lanka as an ally with vital geostrategic importance. In return, Sri Lanka shifted away from its carefully curated non-aligned foreign policy in the Indian Ocean and started engaging in activities that demonstrated its new allegiance with China. Over the past five or so years, China has provided the island nation with financial support to develop an international seaport and airport, while also investing heavily in the Colombo Port City project. Each of these investments and actions has consequently raised concerns with India and its allies.

Sri Lanka’s current look to establish closer politico-economic ties with countries beyond South Asia is driven by economic necessity as much as political expediency. As a small island economy with a population of 21 million, Sri Lanka depends heavily on foreign direct investment (FDI) and its export sector to catalyze economic growth. However, Sri Lanka’s post-conflict economic progress has been underwhelming, especially in its export sector. Domestic protectionist policies hinder the competitiveness of Sri Lankan firms, and the country is in dire need of diversifying its export basket and expanding exports beyond its traditional markets in the United States and United Kingdom.

The inadequacy of regional value chains within South Asia has further heightened the need for Sri Lanka to look elsewhere for profitable economic linkages. Unlike those in East Asia, Latin America, and Europe, production and trade networks in South Asia are almost non-existent. Intra-regional trade in South Asia stands at a meager 5 percent, and that too is heavily influenced by bilateral trade with India. Cognizant of its weak position on the global economic platform and the failures of regional trade agreements such as the South Asian Free Trade Agreement (SAFTA), Sri Lanka is currently negotiating a trifecta of bilateral trade and investment agreements with India, China, and Singapore. These agreements are expected to act as the platform upon which Sri Lanka’s economic pivot across the Indian Ocean takes place.

The most critical consequence of Sri Lanka’s new regionalism is an acute awareness of its need to balance the interests of India and China. Immediately following the January 2015 presidential election, the new Sri Lankan government halted the Colombo Port City project in an attempt to appease India by signaling independence from Chinese influence. The government has since recognized that Sri Lanka’s economic dependence on China for investment and debt relief makes close cooperation imperative. Yet Sri Lanka has taken considerable measures over the past two years to demonstrate its willingness to balance both Indian and Chinese interests. This effort was evident when the Sri Lankan Prime Minister welcomed Indian Prime Minister Narendra Modi to Colombo, then visited China immediately afterward to attend a summit on the Belt and Road initiative. The Sri Lankan government is also currently negotiating a debt-to-equity swap with China by granting it access to an industrial park and management of the Hambantota Deep Sea Port and Mattala International Airport, while at the same time agreeing to work with India to develop a war-era oil tank farm in Trincomalee, a strategic port on the East Coast of the island.

While India initially seemed concerned by the Sri Lankan shift towards China, it now views the country’s amended Indian Ocean focus more favorably. This is especially important as India itself moves towards broader regional engagement. Along with its growing relationship with the Association of Southeast Asian Nations (ASEAN), India is also a critical stakeholder in negotiating the Regional Comprehensive Economic Partnership (RCEP). Thus, Sri Lanka’s expanding relations align well with India’s priorities. Sri Lanka is beginning to establish itself as a logistical hub for Indian manufacturing and trade, while also positioning itself as an increasingly reliable political ally. In fact, India appears to be facilitating Sri Lanka’s broader Indian Ocean focus by providing greater credence to the Bay of Bengal Initiative for Multi-Sectoral Technical and Economic Cooperation (BIMSTEC) as a potential alternative to SAARC.

At the same time, even though China undoubtedly prefers to be Sri Lanka’s prominent partner, China also appears to support Sri Lankan balanced regionalism. For example, China has been willing to compromise on issues of land ownership and investment conditions while providing the Sri Lankan government adequate policy space to engage with India. China will support this balance so long as it is allowed to pursue its strategic investments in Sri Lanka and Bangladesh. In fact, if Sri Lanka’s free trade agreements with India, China, and Singapore proceed as expected, the island nation could be positioned as a conduit for further economic engagement between the regional superpowers, which would be in all three nations’ interests. For instance, Chinese investors could invest in industrial zones in Sri Lanka to export to both China and India under an improved free trade agreement between Sri Lanka and India.

Sri Lanka’s shift towards East Asia is somewhat inevitable given the decades-long stagnation of SAARC and the necessity for the country to reduce its dependence on American and European markets. Additionally, an increasingly inward-looking American foreign and economic policy and the consequent shift in global economic power towards the East increases opportunities for Sri Lanka to position itself as a regional economic hub. The change in focus, however, could pose potential challenges in terms of balancing Indian and Chinese interests. Both nations consider Sri Lanka a strategic asset, while also recognizing the concerns of their counterpart. Therefore, to balance Indian and Chinese interests to its advantage, Sri Lanka will need to pursue a form of “strategic promiscuity” that will enable it to leverage the benefits of both regional superpowers.

*A version of this article originally appeared at South Asian Voices, an online platform for strategic analysis and debate hosted by the Stimson Center.